One of the two people critically ill in a Salisbury hospital after “suspected exposure to an unknown substance” is a Russian man who was exchanged in a high-profile “spy swap” in 2010, the Guardian understands.

Sergei Skripal, 66, was one of four Russians exchanged for 10 deep cover “sleeper” agents planted by Moscow in the US.

Wiltshire police said that a man in his 60s and a woman in her 30s were found unconscious on a bench in the Maltings shopping centre in Salisbury on Sunday afternoon.

Temporary assistant chief constable Craig Holden said that the pair were believed to have been known to each other and were in a critical condition. He added: “This has not been declared as a counter-terrorism incident and we would urge people not to speculate.

“However, I must emphasise that we retain an open mind and we will continue to review this position.”

A passerby, Freya Church, saw the pair at the shopping centre. She told the BBC: “On the bench there was a couple – an older guy and a younger girl. She was leant in on him. It looked like she’d passed out. He was doing some strange hand movements, looking up to the sky. I felt anxious, like I should step in but they looked so out of it. They looked like they had been taking something quite strong.”

Zizzi restaurant on Castle Street in the city centre has been closed in connection with the incident “as a precaution” while the investigation continues, police said.

“Public Health England are aware of this and have reiterated that, based on the evidence to date, there is no known risk to the public’s health. However, as a precaution they have advised that if you feel ill contact the NHS on 111… [or] 999.”

A police van was outside Skripal’s home in Salisbury on Monday night. James Puttock, a neighbour, said that he had lived in the area for more than seven years. He was “very quiet”, he said. “If I see him in the street I say hello. Police have been here since Sunday afternoon. They’re in the house asking questions now.”

Puttock, 47, added: “He [Skripal] said hello if he walked past, and seemed like a nice chap. When he moved in he invited us all over for a housewarming party – I imagine he invited the whole street.

“He had been here for quite a while. People came and went from the house but I didn’t pay much attention.

“He was always walking past, but he did sometimes drive his BMW 3 Series. He never really looked smart, he looked very casual.”

A police van outside of the house of former Russian spy Sergei Skripal. Photograph: Caroline Bannock for the Guardian

The sudden and unexplained illness will invite comparisons with the poisoning in 2006 of another Russian spy, Alexander Litvinenko, whose death sparked a major international incident.

Skripal is a former Russian army colonel who was convicted of passing the identities of Russian agents working undercover in Europe to MI6 in 2006. He arrived in the UK as part of a high-profile spy swap in 2010.

He was sentenced in August 2006 in Russia to 13 years in jail for spying for Britain after being convicted of “high treason in the form of espionage”. Russian prosecutors said he had been paid $100,000 (£72,000) by MI6 for information he had been supplying since the 1990s when he was a serving officer.

He was flown to the UK as part of an exchange that involved the notorious group of deep cover “sleeper” agents planted by Russia in the US, which included Anna Chapman, a diplomat’s daughter, being taken to Moscow.

It had been assumed that Skripal had been given a new identity, home, and pension. However, Land Registry documents show his house was registered in his real name and was bought for £260,000 with no mortgage on 12 August 2011, just over a year after the spy swap.

Igor Sutyagin, who was swapped at the same time as Skripal and is now in the UK, said it was too early to tell whether Skripal was the victim of foul play. “We don’t know. It’s all hypothetical,” he told the Guardian.

But Sutyagin said the Kremlin’s view of defectors was clear. “Vladimir Putin was once asked what type of people populate the world. He said traitors and enemies. I was told once by a Russian diplomat in London that Putin compared me to Judas. That is their attitude.”

Sutyagin said he had chatted with Skripal for several hours when they were flown to Austria in 2010 as part of the spy swap. “He talked about his family. It seemed to me it was his family which was his major joy.” They didn’t keep in touch, Sutyagin said, adding that Skripal’s career profile suggested he had served abroad undercover as an officer with military intelligence.

Earlier on Monday there were suggestions that fentanyl, a synthetic opioid many times stronger than heroin, which can be fatal in small doses, may have been involved in the incident.

Litvinenko – a former officer with the FSB spy agency – fell ill in November 2006 after drinking a cup of tea laced with radioactive polonium. He met his killers in a ground-floor bar of the Millennium hotel in Mayfair, central London.

The pair were Andrei Lugovoi – a former KGB officer turned businessman, who is now a deputy in Russia’s state Duma – and Dmitry Kovtun, a childhood friend of Lugovoi’s from a Soviet military family.

Litvinenko’s murder caused international scandal and led to years of estrangement between Moscow and London. Putin denied all involvement and refused to extradite either of the killers from Moscow.

A public inquiry in 2015 and 2016 heard five months of evidence, including secret submissions from UK spy agencies. Its chairman, Sir Robert Owen, concluded that the FSB had murdered Litvinenko, assigning Lugovoi and Kovtun to carry out the mission.

Owen also ruled that Putin had “probably approved” the operation, together with the FSB’s then chief Nikolai Patrushev.

Alex Goldfarb, a friend of Litvinenko who helped him escape Russia in 2000, said the Skripal case was suggestive of a Russian plot.

“What’s interesting now is that this happens just before Russia’s presidential election,” he said. “Putin awarded Lugovoi a state honour and made him a national hero. He apparently sees positive electoral gain from this kind of activity.

Goldfarb added: “Russia is a nationalistic country where state-run propaganda portrays the UK as the enemy and people like Skripal as traitors.”

Some in Russia suggested the Salisbury incident was a British attempt to discredit Putin, who is all but certain to win a new six-year term of office at this month’s ballot.

“The Anglo-Saxons have arranged Litvinenko 2.0 ahead of the elections,” Alexander Kots, a journalist for the pro-Kremlin Komsolskaya Pravda newspaper, wrote on Twitter.

Asked for a comment on the story, a spokesman for the Russian embassy said: “Neither relatives nor legal representatives of the said person, nor the British authorities have addressed the embassy in this regard.”

Trump will bomb Damascus: he has no other choice 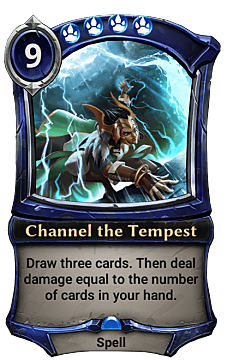