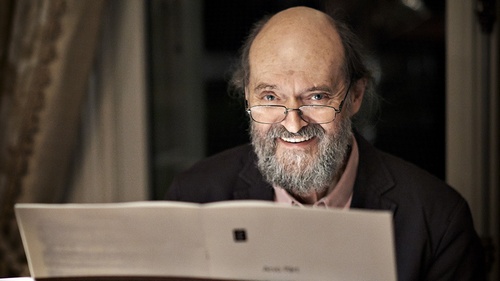 The Sergei Prokofiev Museum is presenting a new exhibition on the life and music of Arvo Pärt, the Estonian giant of classical and choral music. The exhibition comprises photographs, memorabilia and interactive displays about the composer.

Pärt’s music has earned, by the standards of contemporary classical music, enormous and even mainstream popularity. Born in 1935 in the village of Paide, Estonia, Pärt came into the public eye with his 1960 composition “Nekrolog,” the first piece in Estonia composed using Arnold Schoenberg’s 12-tone technique. Denounced as formalistic by the Soviet authorities, “Nekrolog” was soon banned from being performed in the Soviet Union.

Until 1968, Pärt continued writing using Schoenberg’s atonal method, though he would often combine it with earlier styles of music to juxtapose atonal and more tonal melodies. He called the method “collage,” and used it to create his “Collage sur B-A-C-H” in 1964, and “Credo” in 1968. This theme of dualism in his music would continue into his later compositions.

The revolutionary “Credo” was a critical juncture for Pärt, coming at a time of the composer’s spiritual and creative transformation. It hinted at Pärt’s turn from Lutheranism to Orthodox Christianity and his eventual break with the orderly 12-tone technique of his youth.

After this piece, he would go silent for eight years, writing only one work, “Symphony No. 3,” in 1971. During this period, he reconsidered his approach to composition, ending his earlier method in favor of something entirely new. He engaged in a deep study of Gregorian chant and the music of the Middle Ages, embracing its spiritual polyphony and religiosity. Pärt compared his reclusive period to “learning how to walk all over again.”

The composer re-emerged in 1976 with a three-minute piano piece entitled “Für Alina.” Simple and meditative, it debuted Pärt’s new Tintinnabuli technique, which he developed using ideas from medieval chants. It was a departure from his earlier work, far removed from the atonality of “Nekrolog” and “Credo.”

It is as the inventor of Tintinnabuli and a pioneer of holy minimalism that Pärt would capture the hearts and minds of the Western audience.

Tintinnabuli is characterized by having two voices that are intertwined, and Pärt, now a devout Orthodox Christian, thought of it as an analog for his religious struggles. In an interview with the musician Björk in 2017, the composer commented that “one line is my sins, the other line is forgiveness for my sins.”

Pärt put the idea into greater effect with the 1977 orchestral composition “Tabula Rasa” — one of the first of his works to reach a Western audience. It is meditative, spiritual, melancholy and, as the music critic Alex Ross notes, it has even been “a vehicle of solace” for the terminally ill and dying.

His music met with the disapproval of Soviet authorities, especially due to its religious themes. In 1980 Pärt left the country. He, his wife Nora and their two sons moved to Vienna and then to Berlin, where they lived for 30 years and where he continued to find success. With the collapse of the Soviet Union, his music exploded in Estonia. In 2010 he returned.

Now, as in the Soviet Era, Pärt does not shy away from the political in his work. After the 2006 murder of journalist Anna Politkovskaya, the composer dedicated a year of his concerts to her memory. Then, in 2008, Pärt dedicated his “Symphony No. 4” to Mikhail Khodorkovsky, who was then imprisoned in Russia on what were widely condemned as politically motivated charges.

Pärt’s international standing has also steadily grown over the last decades, and his music is believed to be the most played among any living classical composer in the world. It has appeared in over 40 films, ranging from the show “The Young Pope” to — astonishingly — “Avengers: Age of Ultron.” In fact, Pärt’s music has been in so many movies that in 2008 The Guardian published an article titled “Is It Time to Give Pärt a Rest?”

Pärt has received many commissions, including from the Vatican, the International Olympic Committee (for 2006) and many of the world’s major orchestras. At 82, he continues to compose and fill concert halls.

Where to hear Pärt

The Satirikon theater is showing a “movement play” titled #NEBALET, which sets contemporary choreography to the music of Bizet, Mozart and Pärt. It will be performed on July 27, Sept. 10 and Oct. 15.

The exhibition at the Prokofiev Museum runs through Aug. 31. 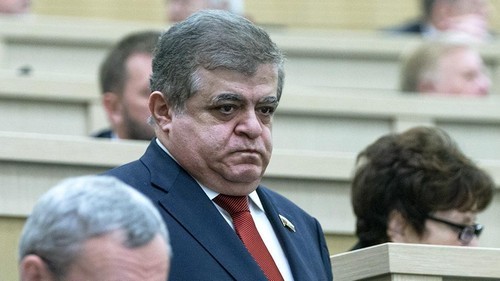