German Chancellor Angela Merkel said that the construction of the Nord Stream-2 gas pipeline would not put Germany in dependence on Russia, and also recognized that Russian fuel costs Berlin less. She stated this at a meeting with students of the Tbilisi State University. 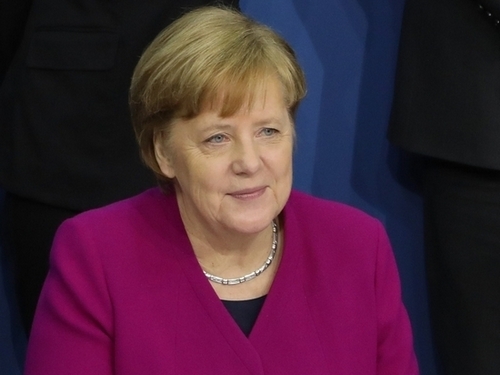 Merkel recalled that even during the Cold War, Moscow and Berlin worked closely together in the energy sector. The politician stressed that at the moment Germany can not refuse to cooperate with Russia in gas and oil supplies, Tass reports .

According to the Chancellor, theoretically Germans could receive fuel from Azerbaijan, but, frankly, it will cost more. “Europe is getting gas from the Russian Federation cheaper than from other countries,” she admitted.

Previously, the US authorities have repeatedly stated that the fuel main “Nord Stream-2” threatens the energy security of Europe.

Merkel did not agree that the pipeline would make the German side dependent on Russia. At the same time, she noted that the transit of Russian “blue fuel” through Ukraine should continue after Nord Stream-2 enters service.

During a meeting in Germany on August 19, Russian President Vladimir Putin assured Merkel that Russia plans to preserve the transit of gas through Ukraine. The sides agreed that this project is purely commercial in nature.

The US authorities have repeatedly stated that they are against Northern Stream-2, and threatened sanctions for the companies working with this project. In talks with Putin in Helsinki, Donald Trump also said that the US intends to supply its liquefied gas to Europe in order to compete with the Nord Stream-2.