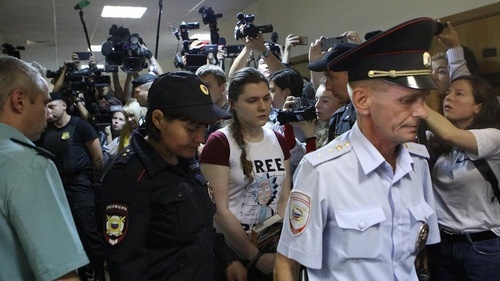 A Moscow city court ruled on Thursday to place a teenager girl accused of extremism under house arrest, a day after hundreds of people gathered to protest her detention in central Moscow.

Anna Pavlikova, 18, has been held in pre-trial detention alongside Maria Dubovik, 19, since March 15 when were arrested along with eight others. Prosecutors say the defendants were part of a Telegram chat group called Novoye Velichiye (New Greatness) that planned to topple the government. The defendants deny the charges.

The case has stirred controversy in recent weeks after reports that the girls’ health had deteriorated. Dubovik has said that she has a developed a tumor, problems with her digestive system and a thyroid condition, while Pavlikova has said that she is suffering from neurosis and heart problems.

The defendants’ lawyers and families have criticized the extremism charges against the girls as being trumped up, adding that they had been provoked by a Federal Security Services (FSB) officer who had infiltrated their online chat group.

On Wednesday evening, an estimated 2,000 people marched in central Moscow in support of transferring the girls from prison to house arrest, according to a representative of the OVD-Info police watchdog that attended the event.

A spate of recent extremism cases also drew people to the protest. Earlier on Wednesday in Barnaul, a city in western Siberia, an extremism hearing continued for two defendants — including a teenager — who were charged with posting political memes to the Vkontakte social network. 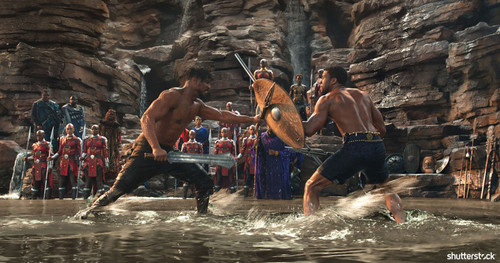