March 14-25 is a celebration of Irish Week 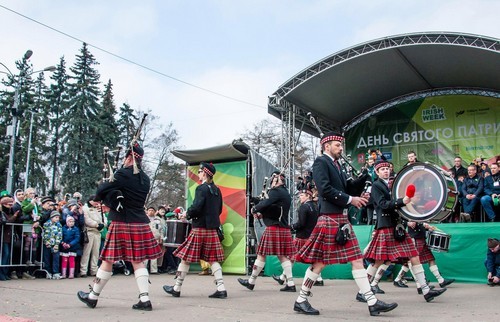 Irish Week, the largest festival of Irish culture in Russia, kicks off for the sixth time in a row and lasts 11 days, from March 14 – 25. Moscow turns emerald green and the Irish in Moscow and Irish-at-heart can enjoy the light and serious sides of the rich culture of the Emerald Isle. 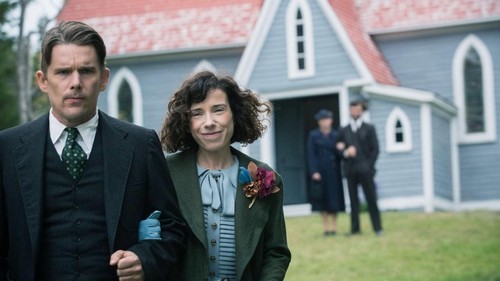 The Karo 11 Oktyabr Cinema on Novy Arbat will be hosting the 11th annual Irish Film Festival. All films will be screened in English with Russian subtitles, apart from “Song of the Sea,” which will have Russian audio translation. A number of well-known directors and actors from the films will attend selected screenings for a Q&A session with the audience. One of the highlights is the Russian premiere of “Maudie” on Tues. at 8 p.m. The film starring Sally Hawkins and Ethan Hawke is the story of the artist Maud Lewis, a Nova Scotia painter who overcame hardships, both physical and emotional, to find success. Director Aisling Walsh is a festival guest.

Pub Crawl and a Parade

Sláinte! In an Irish pub, patrons toast each other with the phrase sláinte (pronounced “slaan-sha”) as they clink glasses of Guinness. Derived from the Old Irish adjective slán (which means “safe”), sláinte literally translates as “health” and is used as a stand-in for the more time-consuming “I drink to your health!” Try it out at a pub crawl of Moscow’s Irish drinking spots.

But keep your head clear enough to take part in the traditional St. Patrick’s Day Parade through Sokolniki Park. For more than 20 years, Moscow’s Irish community and Irish enthusiasts have been celebrating St. Patrick’s Day by participating in this famous parade. Put on all your green clothes and get your friend to draw a wonky shamrock on your cheek, and enjoy the music, dancing and carnival atmosphere. Musicians and dancers will lead the parade, which is expected to attract up to 15, 000 participants. It begins at noon on Sat. March 24, and you can get more information here.

On St. Patrick’s Day — Sat. March 17 — head over to Izvestiya Hall for an 8-hour music marathon gala festival that begins at 3 p.m. and ends at 11 p.m. There will be music and dance with some of Ireland’s best performers — and their Russian friends; a crafts fair, video art, and much more.

Dance Irish is a 2-hour show which will allow you to immerse yourself in the world of Irish music by CUAS (Ireland) and Riverdance. You won’t be able to sit still as you watch the impossibly fancy footwork of the best Irish dancers. 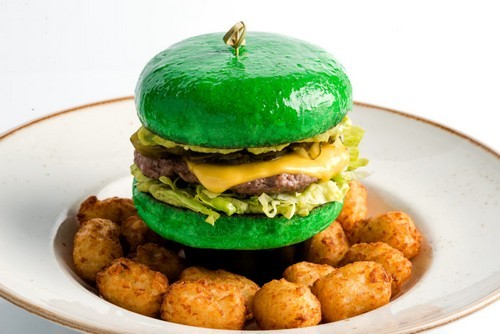 The ketchup is greeen, too.

This year, gastronomy was included in the program of Irish Week for the first time, although one of the offerings is not exactly authentic Irish cuisine. At the Starlite diners from March 14 until 30, you can order the special “Leprechaun” burger. At Chicago Bar & Grill, you can take some cooking lessons to perfect your Irish stew, potato bread and chowder. For more information see the site here.

Several free events will be held as part of Irish Week across the city. You can attend a workshop on Irish video art, take part in a discussion at one of the city’s bookshops, or contemplate contemporary artists Valery Korchagin (Russian) and Aaron Smyth (Irish) at the exhibition “Invasion.” More details, times, and addresses here.