First Deputy Prime Minister and Finance Minister Anton Siluanov, after meeting with representatives of the business community in the Russian Union of Industrialists and Entrepreneurs (RUIE), where the “Belousov Plan” was discussed, assured that the tax burden on entrepreneurs will not change.

The Minister of Finance, in particular, said that steps will be developed to support business. 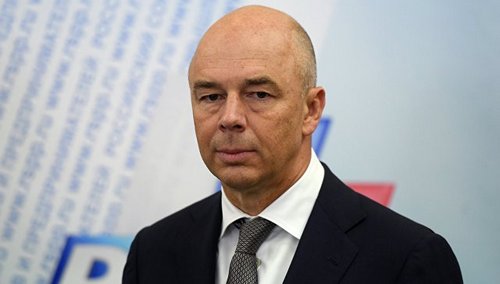 “We have once again confirmed the thesis that the tax burden will not change in comparison with the one that was discussed both with the Russian Union of Industrialists and Entrepreneurs and enterprises that has already been legislated. It will be preserved for the coming years, “- quotes Siluanov RBC .

In turn, presidential aide Andrei Belousov said that companies are ready to start work on the public agenda. He noted that it deals with such areas as infrastructure, ecology, digitalization, which, he said, directly affect the activities of the companies themselves. At the same time, it was decided to create a working group headed by the president of the Russian Union of Industrialists and Entrepreneurs, Alexander Shokhin and Siluanov. According to the presidential aide, its task is to decide on three positions. “The first is financial models and mechanisms for the participation of big business in such projects, the second is the pipeline, it is a set of projects that lie in line with the priorities of social development.” The third is state support measures, “Belousov explained.

He also stressed that there is no talk of “pushing” the business into such projects, assessing the conversation with the business as “very positive.”

Siluanov added that not only big business, but also other enterprises, which, as the vice-premier assured, could also take part in the working group’s activity, will also receive attention from the authorities to strengthen investment activity.

At the same time, the head of the Russian Union of Industrialists and Entrepreneurs, Alexander Shokhin, said that at the meeting with representatives of business the letter itself was not discussed, but it was a question of a plan of joint actions of the state and business to intensify the investment activity of companies. “First of all, we are talking about how companies in their investment plans realize the priorities set forth in the May presidential decree,” he said.

Later, when answering questions from media representatives, Shokhin clarified the situation. “It’s not about forming a financial bag where everyone will fold, and then the government will decide where to send these funds,” he explained.

Belousov, responding to a question from journalists, how much of the 500 billion rubles that he discussed in his plan could be directed to projects, said that “there is no such understanding today.” According to him, this will depend on the proposed set of projects, support measures and financial mechanisms that will be selected within a month and a half within these months and a half. “500 billion is an upper limit, I think it’s realistic – if we bill 200-300 by these companies to find resources, this will be a good result,” the Russian presidential aide summed up.

Belousov made a proposal to withdraw super-profits from metallurgists and producers of fertilizers in the amount of 513.7 billion rubles on August 10. According to his idea, the money collected in this way should go to fulfill the “May decrees” of the Russian leader Vladimir Putin.