The research conducted by the Romir holding revealed a decrease in July of the average amount spent by a resident of the country for one trip to the store. The index of the average check declines for the fourth month in a row and has not been at such low values ​​since the spring of 2016, the researchers state.

Last month, the average check decreased by 3.3% compared to June. Taking into account the official data on inflation for the indicated period (0.3%), the indicator fell by 3%.

Researchers note that the index of the average check is declining for the fourth month in a row, and such a small amount given for one time at the checkout in the store was not for more than two years. 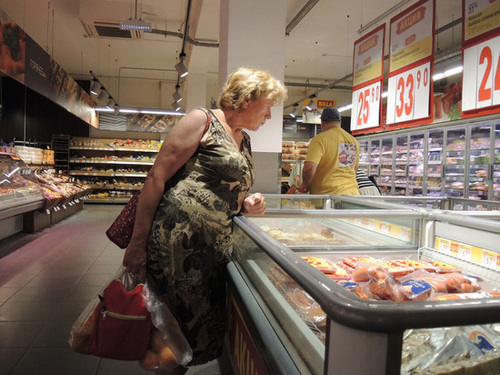 As reported by RIA Novosti news agency , who familiarized with the study, the last time such a low value of the average check index showed in the spring of 2016: in March it was 491 rubles, in April – 493 rubles, and in May 2016 the figure reached the level of 497 rubles.