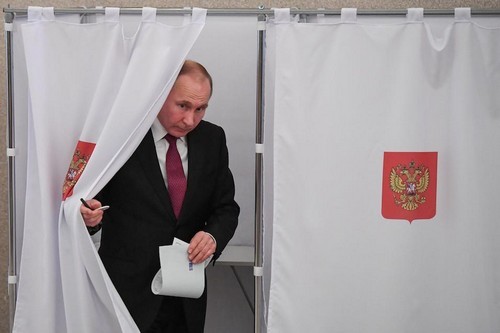 Today, Russians are casting their votes in presidential elections. There are eight candidates on the ballot, including Vladimir Putin, who is expected to win by a huge margin. We’ll be following the vote live, from Moscow.

—  As of 10 a.m. Moscow time, the nationwide turnout was 16.55 percent, says Central Elections Commissions head Ella Pamfilova. This is much higher than in previous years.

— Тhe vote coincides with the four-year anniversary of the annexation of Crimea.