An artist who doesn’t care about your gender stereotypes 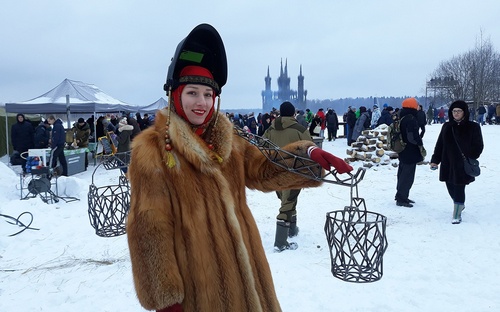 If you go to a modern art exhibition in Moscow or head to Nikola Lenivets for the Maslenitsa festival, you might come across a young woman dressed in a traditional Russian fur coat wearing a welding helmet that looks like a kokoshnik, with a yoke over her shoulders holding buckets of iron. Or she might be in rough canvas overalls studded with metal diamonds. Either way she’ll have her helmet on and her visor up.

This is Alexandra Ivleva, aka the “Weld Queen,” an aspiring artist and performer with a passion for welding and absolutely no concern for your gender stereotypes. She calls her appearances ‘art interventions’ and it’s a part of her creative activity.

You can also see her massive sculptures at the Moscow Museum of Modern Art, Flacon Art Center, Khlebozavod, Artplay, Zverev Center and other galleries in Moscow and beyond.

So how did she become a welder?

The 32-year-old was born in Kislovodsk and moved to Moscow ten years ago when her friends invited her to use their studio for oil painting. Ivleva says that one morning she woke up with the image of a big silver meditating bear in her head. She realized at once she needed to give life to this image and weld it.

Her father was a car body repairman who taught her welding. This gave her a start. Later she studied the craft at a college in Moscow and got a diploma. Since 2015 she’s been creating art objects such as meditating animals, larger-than-life angels and her signature rocking chairs shaped like relaxing people. 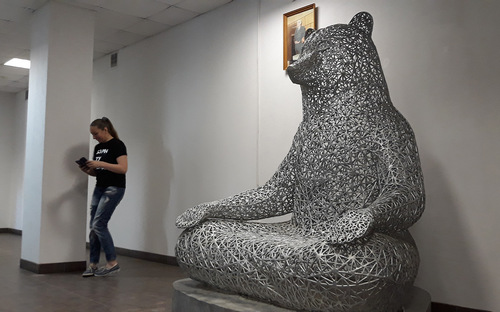 One of Ivleva’s recent shows at the Zverev Center in Moscow was dedicated to rocking chairs — about 15 of them. To top the event, the artist welded one chair right there using an air extraction system to keep it safe. A man posed for the chair.

“The sculpture was called ‘Casanova’,” Alexei Sosna, director of the center, told The Moscow Times. “It was a man lying down, and it took her several days to do. It was beautiful. Visitors laughed and applauded when they watched her work,” he said. He had invited Ivleva because he was fascinated by her method – heavy metal objects and a welding machine on the one hand, and precise work that was like a jeweler’s touch on the other hand.

“That’s the principle of pop art — when a material or technique gets a new dimension. She can create whatever she wants with this method, from iron bears to models of jet planes. Her works can grace both parks and factory grounds,” Sosna said.

Ivleva needed courage, especially at first, to pursue her art. She calls this process ‘art all-in,’ meaning that there’s no time to wait for grants and fellowships, which in the case of her work, would never be enough to cover even expenses for materials.

To fund her work, she took out bank loans for the first 18 months. Production of her works is expensive, and the loan of $1.5 million rubles ($25,000) ran out in four months. But luckily, when the loan ran out, buyers came in.

“To be a sculptor in this country is to have no fear. There’s nothing bigger for me than making these objects. The fact that I believed in my ideas back then still drives me forward,” she said. 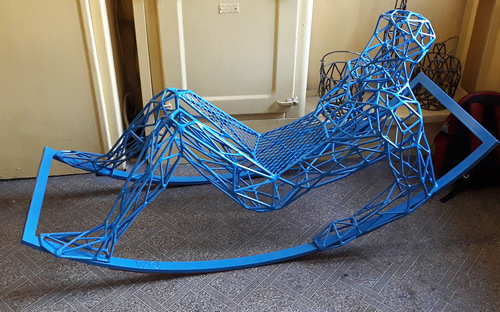 The chairs are meticulously welded and surprisingly comfortable.

Critical Acclaim in Russia and Abroad

Some curators appreciate Ivleva’s performances. “Other artists just come up with an image that is materialized by someone else. But that’s not the case here. She and her works bring joy to people of different ages,” Alya Khestanti, curator of an exhibition at the Nagornaya Gallery, told The Moscow Times. Ivleva’s works have been on display in the Gallery since July 5 as part of the Moscow Biennale for Young Artists.

Irina Nikolskaya met the artist in her welding outfit at the opening of her eponymous gallery last December. “This combination of a girl and metal sculptor with strong willpower and delicate psyche fascinated me. I invited her to my Pop-Up Museum,” Nikolskaya said. Ivleva’s works are now on display in her gallery.

Natasha Krasnook, curator of Artis Gallery at Winzavod, said she had invited Ivleva and her rocking chairs to make an art-weekend interactive and allow people to not just observe but touch and take selfies with the objects. “In this way the spectator becomes a part of the work of art,” she said.

Recently the founder of the Burning Man festival, Crimson Rose, and PR director Megan Miller visited Ivleva’s studio and officially invited her to Black Rock City, Nevada, where the event takes place in late August. Ivleva is thinking about going. “I’ll at least do a performance there in the traditional Russian style: a welding suit and an armature yoke. Maybe we’ll make a few costumes for other welding girls to accompany me and present images of Russian beauty and power. As soon as I get a visa I’ll start confirming my project with the organizers. I want to exhibit my art abroad — it means an opportunity to carry out big and interesting projects,” she said. 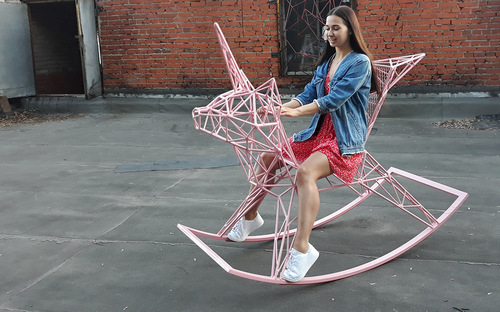 A rocking horse for grown-ups.

Ivleva also invites visitors to her studio. At a recent excursion she showed about 25 people around the factory where she rents her workshop; introduced filigree meditating silver bear named Ramishi, who weighed about 300 kilograms; and let everyone to climb a nearly vertical ladder to the rooftop of her studio where her rocking chairs and one rocking horse could be enjoyed.

Visitors can also try their hand at welding with the help of Ivleva’s assistant, Andrei Shileiko. After putting on a long sand-colored robe, thick mittens and a bright yellow helmet, novice welders get basic instruction and take hold of a handle attached to a hose. Although it looks a bit like a hose to pump gas, blinding blue sparks fly when the wire from the hose touches metal. Your first attempt at art welding is underway.

The next time Ivleva opens her studio to visitors is July 13 at 8 p.m. It will be conducted in Russian with translation into English. The studio is located on the territory of VNIIMETMASH factory, 8A Ryazansky Prospect. Entrance is free, but you need to register through TimePad on the artist’s blog (the event will appear in early July).

Her works can be seen at two galleries: 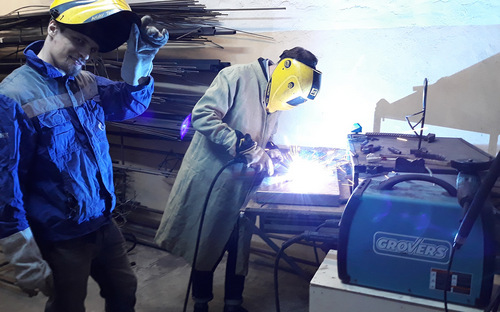 Try your hand at welding in Ivleva’s studio. 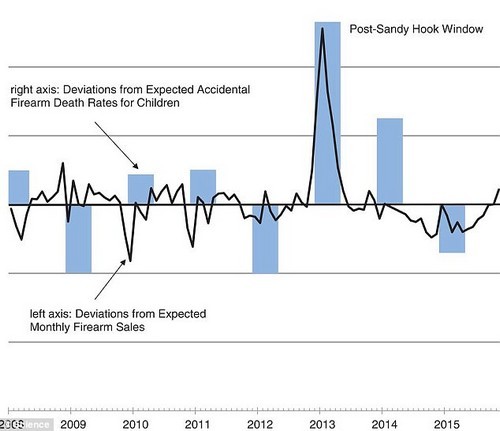 This Russian Doomsayer Doesn’t Believe in Banks, But He Runs One 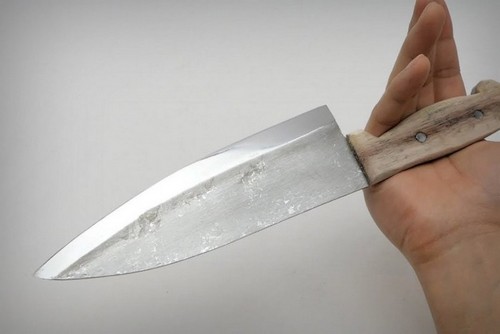