The growth of sanctions pressure negatively affects Russian assets and in the near future this factor will remain one of the key for the Russian market, the resumption of purchases of the Central Bank’s currency for the Ministry of Finance has added a negative to the currency market, however, if necessary, they can be suspended to stabilize the situation – now there is no emergency according to analysts interviewed by RIA Novosti.

The US administration on August 8 announced new sanctions against Russia because of its alleged use of chemical weapons in Salisbury, where in March, according to allegations of the British authorities, the former GRU officer Sergei Skripal and his daughter Yulia were poisoned. The first package deals, first of all, with imposing restrictions on the supply of dual-use products to Russia.

The ruble exchange rate since the beginning of August fell to 9%, against the euro – by 7.5%. The minimum value of the dollar this month was 62.48 rubles, the maximum – 68.66 rubles, the minimum value of the euro – 73.04 rubles, the maximum – 79.03 rubles. On Wednesday, August 22, pressure on the ruble intensified on a number of factors, primarily in anticipation of the introduction of US sanctions against the Russian Federation in the “case of the Violins.” As a result, the dollar rate rose above 68 rubles for the first time since August 13, the euro rate – above 79 rubles for the first time since April 11. 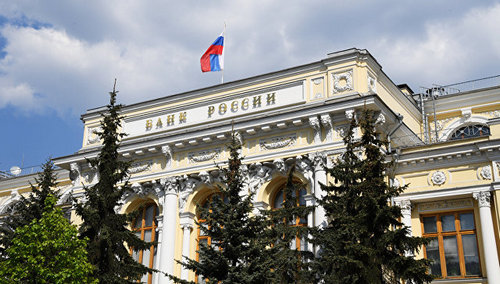 “The Central Bank of the Russian Federation, as before, is stockpiled by the reserve currency in order to maintain the possibility of intervening during the ruble exchange management period and to provide foreign currency for repayment of external debt by certain market participants. However, this worsens the conditions for the country’s economic development – business and the population can return to higher inflation , and banks may experience significant difficulties in meeting the standards against the background of deteriorating asset quality, although the Central Bank may potentially make concessions to banks by analogy with 2014-2015, ” a Deputy Director group bank ratings ACRA Irina Nosova.

“The situation on the currency market is such that additional purchases help to weaken the ruble.” The Central Bank resumed purchases, proceeding from their plan, decided that the market had calmed down, nevertheless, it could again suspend purchases, “agrees the chief economist of” Expert RA “Anton Tabah.

At present, the further state of the Russian financial system and the economy as a whole directly depends on political decisions, Nosova noted. “The scale of sanctions that could potentially be expanded in the long term is unknown, which means that the support for the ruble can devastate the accumulated reserves today, and the national currency rate will continue to fall tomorrow, only political decisions are needed,” the analyst of ACRA added.

“The CBR could support the ruble by reducing the provision of ruble liquidity, but this does not, perhaps, expect an outflow of ruble liquidity due to the tax period, because next week large tax payments are expected,” believes Olga Seterina of Uralsib Bank.

Chief economist of the BCS financial group Vladimir Tikhomirov “accuses” the loosening of the ruble uncertainty around the sanctions. “This is, of course, a political factor that is difficult to forecast, a discussion about sanctions, all this creates such a negative background for Russia, so I think this is such a basic driver,” he said.

In his view, one of the main reasons why the Central Bank on Monday resumed buying currency for the Ministry of Finance, was a significant decline in the volume of currency trading, which indirectly indicates that the peak period of outflow of funds from foreign investors from the Russian market has passed.

Nevertheless, next week there will be tax replenishments of the budget: exporters will sell foreign exchange earnings, which will cause the growth of the currency supply, which in turn may indirectly support the ruble, Tikhomirov of BCS believes. “Until the situation is uncritical, the Central Bank may reduce the volume of purchases for a while, may suspend if it sees an increase in the volume of currency,” he said.

This week, due to the sharply increased volatility of financial markets and taking into account the opinions of participants in the debt market, the Ministry of Finance decided to cancel the traditional auction for the placement of OFZ, scheduled for August 22. The ministry usually resorts to such a step in conditions of strong volatility and unfavorable market conditions. So, the Ministry of Finance canceled auctions in April of this year after the introduction of new sanctions against the Russian Federation.

“Sales on the OFZ market are not yet terminated, and the RF Ministry of Finance continues to buy dollars on the open market in the amount of 17 billion rubles.” It seems very likely that in the coming weeks we can see the dollar’s exit to the turn of 70, “Vasily Oleinik from Finam “.

However, as volatility goes away, the ruble can regain its positions without additional help, believes Yaroslav Lissovolik, chief analyst of the EDB.

“If the periods of higher volatility in the foreign exchange market begin again, it can not be ruled out that the Central Bank will correct this instrument again.” From the ruble’s point of view, there is uncertainty as to what the external background will be in the near future, how it will affect the financial markets, “he said..

There are no threats to the financial stability of the country, Anton Tabah is sure. “However, if the ruble is weakened too much, it will affect inflation, confidence in the Central Bank, the position of some banks and can destabilize not only the currency market, but also the financial system.” The Central Bank faced such problems, successfully solved them, so there is reason to trust the regulator “, – concluded the chief economist of” Expert RA “.

In the English city of Salisbury on March 4, according to allegations of the British authorities, former GRU officer Sergei Skripal and his daughter Yulia were poisoned, which provoked a major international scandal. London believes that the Russian state is involved in the poisoning of Fiddles with substance A234, Moscow categorically denies it. Russian Foreign Minister Sergei Lavrov said in May that the “Skripal case” was falling apart before the eyes due to the lack of any evidence of Russia’s guilt.

Maria Zakharova, the official representative of the Russian Foreign Ministry, said earlier that in the case of the Skrypals, about 60 diplomatic notes were sent to the Foreign Office demanding that Russia be given access to the investigation, to injured citizens of the Russian Federation, as well as to request legal assistance and cooperation proposals, including about a joint investigation, but the British authorities did not react to them.

The former head of the British Foreign Ministry, Boris Johnson, accused the Russian Federation of poisoning Skripal in March, arguing that the evidence of Moscow’s guilt was “staggering.” The charges turned out to be false. The head of the secret laboratory of the British Ministry of Defense later stated that the experts could not establish the source of the substance, which, according to the British side, had been poisoned by Skrypal and his daughter. The British Foreign Ministry on the same day admitted that the conclusion about the involvement of the Russian Federation in the poisoning of the Violins was made, in part, on the basis of its own estimates of information. 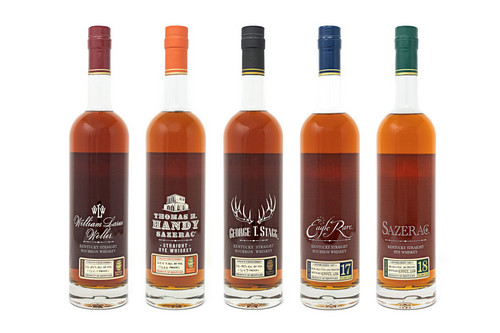 Russia Says 23 British Diplomats Have One Week to Leave