All last week, coinciding with the calendar beginning of autumn, the ruble on the stock exchange was sloping. As a result, on Friday, September 7, for the first time since the spring of 2016, the Central Bank set the euro rate at more than 80 rubles, and the dollar exceeded 69. By the way, then, in March-April 2016, oil was worth $ 40 per barrel, now almost $ 77. But the ruble is no longer helping: on Monday, September 10, the US currency may well “round” the level to 70.

Remember round values ​​- the dollar of 70 and the euro to 80 – of course, it will be easy and convenient. But on this pluses of new courses for us, ordinary consumers, are exhausted. The fall of the national currency will inevitably and quickly lead to a rise in price of tourist vouchers and imported goods. Next, domestic goods will be added to the price on imported raw materials or with imported stuffing, and all others will be followed up. It is no coincidence that the authorities, in the person of the Ministry of Economic Development, already forecast an inflation of 5% at the beginning of next year. This, by the way, is twice as high as now. 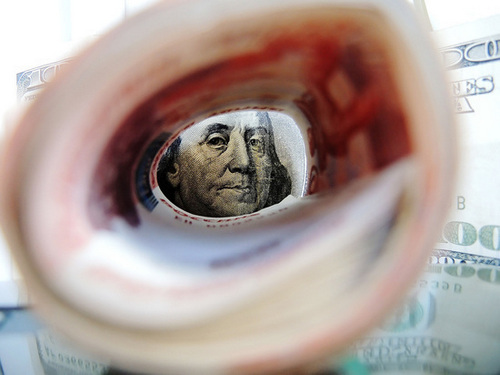 Why the ruble is rolling down is no secret. He is pushed there unfavorable for Russia geopolitical situation. First and foremost, we are talking about an increasingly probable threat of new sanctions from the US and other Western countries that took a sharp anti-Russian stance on the case of the Violins and the events in Syria. Of course, such news acts on stock exchange players who prefer to run away from ruble assets on this wave. Well, we can only say that the Western sanctions, which for a long time were for most Russian citizens a kind of abstract threat – as they concerned selected companies, officials and oligarchs – now, by means of a falling ruble, hit aiming at purses and pockets of the population.

However, officials of economic departments prefer not to touch the politically sensitive issue of sanctions in their explanations, and they nod at the general “effect of infection” of the currencies of emerging markets. This is the phrase used by analysts of the Central Bank in their study “What the Trends Say”, which appeared exactly at the end of the first week of September. The “infestation” is that first the Turkish lira and the Argentine peso, then the South African rand, the Indian and Indonesian rupees began to fall. And because against this background investors ran from the currencies of developing countries to dollars, they suffered “up to the heap” and ruble.

Well, the logic of the officials is clear: to shift what is happening with the Russian national currency to the intrigues of enemies and unfavorable world trends. So the Minister of Economic Development Maxim Oreshkin, speaking at the Moscow financial forum, remembered the bearded joke about the run of Brezhnev, noting that the ruble was “the fifth from the end.” And First Deputy Prime Minister Anton Siluanov did see positive developments in the situation on the foreign exchange market: according to him, if the ruble exchange rate is slightly weaker, then the balance of payments will strengthen, there will be an additional incentive for Russian exporters, which will lead to new revenues to the budget system . Nor does the presidential aide Andrei Belousov find any cause for concern: “The ruble has not emerged from the comfort zone for our industry, including processing, related to the support of import substitution.”

In a word, representatives of monetary authorities do not see anything terrible in the current fall of the ruble and they are obviously not going to interfere in the situation. Anton Siluanov said in a direct text on this matter that the task of the Central Bank and the Ministry of Finance “is not to achieve a weak or strong course, but to ensure the stability of exchange rate ratios so that there is predictability for investors and Russians in terms of exchange rate changes.”

I do not presume to judge in what the first vice-premier saw the “stability of exchange rate relations”: in fact, a month ago the dollar cost 62 rubles, and the euro – 73. As for the “predictability of the change in rates,” then you can not argue with him. Indeed, everything is predictable: the anti-Russian policy of the West is unlikely to disappear at the same time, as is the weakness of emerging markets. Hence, the ruble is still doomed to fall.

Siluanov assures that the Ministry of Finance and the Central Bank have “levers of reaction to this situation,” but does not specify which ones, and does not explain why they have not been involved so far. Independent experts also note that the monetary authorities remained in effect the only instrument of influence on the exchange rate – the rise of the key rate, which could happen at the next meeting of the Central Bank’s Board of Directors, scheduled for September 14. If this does not cool stock exchange players, the ruble will “predictably” roll down with even faster speed.

When a person celebrates a round date – 70 or 80 years – others say about the age of maturity or wisdom. With all the conventions of the parallels, for the ruble, the achievement of these limits for the dollar and euro, respectively – is nothing less than a sign of decrepitude. As if before the “lethal outcome” it did not come …

The American business agency Bloomberg listed the opportunities that are available to Russian financial authorities to protect the national currency.

However, nothing new analyst Bloomberg at this time did not disclose, but just once again recalled the high prices for oil, which support the federal budget and the rate of national currency. 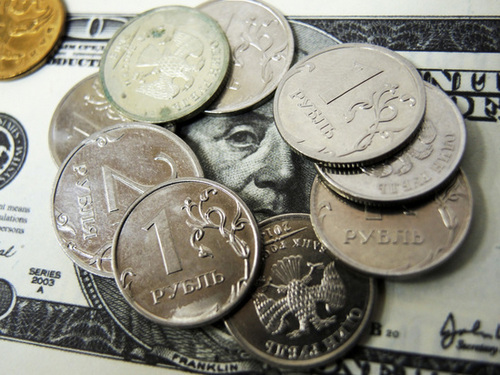 Also, the agency noted the significant international reserves of Russia and one of the lowest levels of public debt in the world, as previously reported by foreign experts who promised stability of the ruble in the world foreign exchange markets.

Separately, the agency assessed the actions of the leadership of the Central Bank and the RF Ministry of Finance. The regulator has correctly acted, having refused daily purchases of currency against the background of a depreciation of the ruble. The same applies to the cancellation of weekly auctions for the placement of bonds.

Russia has enough room for maneuvering, as now the national debt is only 13%, and international reserves have reached a volume of 460 billion dollars.

In Bloomberg believe that for additional support for the national currency, the Central Bank will adjust the rates, which the regulator himself hinted last week. On Wednesday, Bank of Russia Chairman Elvira Nabiullina said that there were factors in favor of raising the key rate at the next meeting of the Central Bank’s Board of Directors, scheduled for September 14.

Recall that in the course of trading on the last business day of the outgoing week, the rate of the single European currency exceeded the mark of 80 rubles. The dollar reached the level of 69.11 rubles, such indicators are fixed for the first time since April 2016.