Usually the ruble falls unexpectedly. No matter how many cheated financial analysts cheat, it is much better for them to explain the events in the markets after the fact than to predict them in advance. But the situation from August 22 is an exception to this rule.

Absolutely everyone was waiting for the fall of the ruble: it was on this day that the Americans were to publish another portion of their anti-Russian sanctions. Washington announced it on August 8, after which the ruble immediately broke in the peak, literally in 2-3 trading sessions, falling almost 10% against the dollar.

If he so reacted to the announcement of sanctions, then how should he react to the sanctions themselves? Do not be a great expert to answer this question: of course, the course of “wooden” should fall with a new force. Everyone who was involved in the market in one way or another was warning about this in one voice.

So it happened: for one day the rate fell by almost one and a half ruble to the euro and to the ruble to the dollar. August 23, the decline continued at almost the same pace. And now we have to get used to the new course boundaries: 68-69 for the “American” and 79-80 for the “European”.

The most interesting thing is how, in this situation, the monetary authorities of the country behaved themselves, who, of course, were perfectly aware of which Damocles sword is over the ruble. Of course, we have declared free floating of the ruble and formally the authorities can not interfere in the purely market process of exchange rate formation. However, they intervened and, most surprisingly, on the side of not their own currency, for whose fortress they are in principle responsible, but on the side of the dollar and the euro. 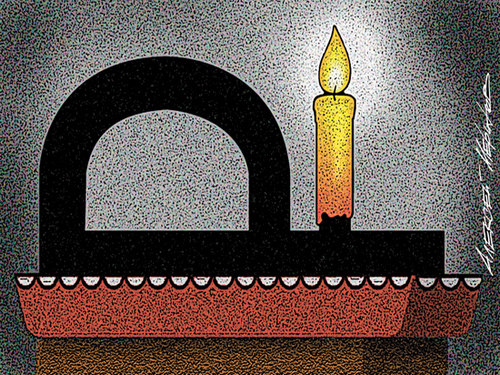 As you know, according to the budget rule, the Central Bank buys on the instructions of the Ministry of Finance currency on the exchange – so that the financial department has a reserve, which allows him to insure the budget in case of all possible force majeure. At the same time, for the purchase of currency, the Ministry of Finance uses that ruble mass that is formed as oil “super profits”. When huge ruble masses fall out on the exchange, naturally, the exchange rate of the national currency is weakened.

For the period from August 7 to September 6, the Finance Ministry announced a record volume of purchases – by 383 billion rubles. But this was before the announcement of sanctions. Then, after the events of August 8, financial departments wisely left the market – why push the ruble into the abyss, which is already rolling there.

But this logic for some reason worked only until August 21. Accurate on the eve of the day of the announcement of sanctions, when, again, everyone was waiting for the fall of the ruble, our monetary authorities did not find anything better than to return with their large-scale purchases to the stock exchange. Moreover, their volumes increased compared to previous trading sessions, in which the Central Bank participated.

As a result, for two days – on August 21 and 22 – almost a tenth of the total ruble-denominated ruble was spent on the purchase of foreign currency. It turns out that from under the feet of our national currency a stool knocked out its own.

Not only that exchange speculators and so on the wave of sanctions were ready to run out of the ruble, so also the Ministry of Finance and the Central Bank made an indicative purchase of dollars and euros, visually demonstrating to the country and the world how they treat their national currency. Is it any wonder that against this background the ruble has swiftly rolled down?

It is noteworthy that this time oil has nothing to do with the fall in the value of the ruble, but this time it was rising in price – from $ 71 to $ 74 per barrel.

But even the rising oil prices were unable to support the ruble exchange rate in conditions when it was hit by the relatives of the Ministry of Finance and the Central Bank. However, the authorities now do not need to write off everything for eternally volatile oil. They had another beautiful “excuse” – sanctions. At us and so in all troubles the spiteful America and weakly going at it on an occasion the European Union are guilty. Now their sanctions can easily be written off and the fall of the ruble.

The truth is that a weak ruble is beneficial first of all to our monetary authorities: in fact, it is in rubles that domestic exporters pay taxes that form, as you know, half of the federal budget. That is, a weak ruble provides a larger inflow of funds to the treasury, which, as is known, is in great need of them due to ever-growing social obligations. And a weak ruble helps the growth of the domestic economy, as it gives a competitive advantage to Russian producers: their products become cheaper. For the time being, our economy is growing extremely poorly (the Ministry of Economic Development promises 1.8% of GDP growth by the end of the year), contrary to the president’s task to achieve growth rates higher than the world ones (the world has an average of 3.8%). So even here a weak ruble can help the economic departments.

It is not profitable only for us – ordinary consumers. Because all imported goods start to go up, and then domestic ones – with imported “stuffing”, trips abroad are unavailable, and inflation generally is getting stronger and stronger. And still there is a mass uncertainty in the future – after all, all the economic crises that we were experiencing began with the fall of the ruble.

The good news is that on the afternoon of August 23, making sure that the ruble continues to roll into the abyss, the Central Bank again decided to suspend the purchase of currency on the exchange . Maybe now the “wooden” will have a chance to slow down the fall. Unless, of course, our monetary authorities suddenly again change their minds and continue to push the ruble in the back.