If you look pragmatically at the heat of passion, which characterizes the attempts of a significant segment of the American elite to destroy the political career of Donald Trump, the question involuntarily arises: where does this emotional charge come from? Why such an irrepressible desire to stop Trump in any way, and urgently and regardless of what will be the damage to American statehood, political system and international reputation? What, there were no other presidents in America, which some of the elite hated? There were. But (with the exception of Kennedy) no extraordinary measures were taken against them.

If we discard all the obvious propaganda husks and media delusions aimed at fooling the most gullible part of the American electorate (which really can believe that Trump will lead a bear in a fur hat to the White House), then there is only one theory that perfectly explains the efforts made to eliminate it. Actually, the media, which work out “media destruction” Donald Trump, even especially do not hide it, everything lies on the surface. The American president is accused of preparing a “deliberate killing” of the US dollar, and if Trump was suspected earlier that he was going to an unjustified risk that could damage the American currency, now the position has changed: he is accused of deliberately preparing the crime, and the most daring authors even point to his accomplices: 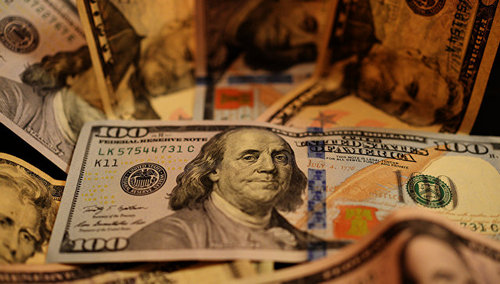 A Reuters columnist writes: “American isolationism leads to doubts about the status of the dollar as a world reserve currency.” At the same time, “American isolationism” in this case is simply a euphemism for expressing “the policy of the current US president.” It is significant that one of the leading mainstream media of the world speaks about the risks for the US currency in the same terms used by Russian officials who indicate that the use of the dollar’s status as a political weapon will inevitably undermine this special status. If even the very restrained government of Germany, through Foreign Minister Haiko Maas, already states about the need to create a global financial infrastructure (including SWIFT and IMF analogues) that will work around the American financial system (and hence the dollar), then we can safely say that “the process has begun.”

The Forbes magazine goes even further and publishes a column of Charles Wallace with an interesting basic message: “The Russian foreign minister spoke out in the sense that countries that face sanctions, that is, Iran, Turkey and Russia, can start using their own currencies for the international trade, hinting that the days of the dollar as an international reserve currency can be numbered. “Most likely, no one will be more happy about this than President Donald Trump.”

The logic of this accusation is based on the words and actions of Trump himself. He has a very unorthodox (and rather correct than not) view of international trade and relations between countries. According to his interpretation of reality, in the system of international trade there are only two categories of countries: losers and winners. Luzers are those who buy other people’s goods and services in larger quantities than they produce, and, accordingly, have a negative trade balance. Winners are those who produce the same goods and services that are massively bought by losers. Within this description, the realities of the USA, Spain or Greece are losers, and China, Germany or Russia are winners. Trump’s critics point out that for the US such a system is beneficial. And what to pay off with exporters “green notes”, which the States can print in almost unlimited quantities, is the same privilege that, on the one hand, allows America to live beyond its means, and on the other, to repeat to other countries the immortal words of John Connolly, who was the United States Treasury Secretary under Reagan: The dollar is our currency and your problem. ” However, Trump himself and many of his supporters believe that such a view of things is an inexcusable stupidity. For such a configuration leads to difficult and sometimes very serious consequences: in the United States it becomes unprofitable to produce nothing but dollars, industry is wiping out in the US, jobs are leaving the United States, and smart “winner countries” are massively exchanging received “green notes” for important technologies and resources. 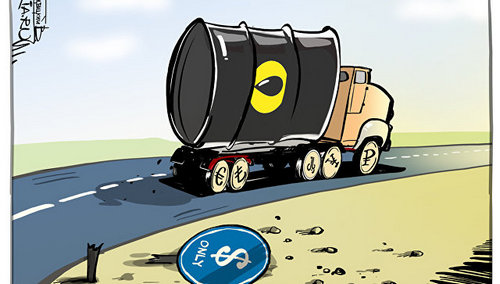 To prevent this apocalyptic scenario, which the President of the United States and his economic strategy advisers repeatedly mentioned during the election campaign, one must at least make sure that any import in the US is very expensive, and any export from the US is cheap. Hence the trade wars with the whole world, tariffs on Chinese goods, conflicts with the European Union, Canada and Mexico. Hence the accusations of China, the European Union and even Russia (!) In the fact that US competitors in the world arena are engaged in currency manipulation against the US . Trump needs a weak dollar, because without a weak dollar, his mission to “straighten” the US trade balance will be completely impossible.

Critics of Trump or believe that to achieve its goal and maintain the status of the dollar as a world reserve currency is fundamentally impossible, or they consider the goal itself fundamentally wrong (“we are good with our dollar printer, why do we need industry?”). Or, as the author of the Forbes magazine article, they suspect that Trump will even be happy to drop the dollar from the world pedestal, as this will make it easier for him. Judging by the publicly voiced positions of the US president himself and his team, they believe that everything can and must be done in time: the industry should be revived, and all be defeated in the trade war, and, most importantly, have time to do all this before the Russian-Chinese -European efforts to create an alternative financial system will bear fruit. You can say for sure,criticized the leadership of the Fed for the fact that it “does not help him” and raises dollar interest rates, which, in turn, raises the dollar.

Will the US president have enough political opportunities to achieve the dollar weakened by him? A big question, but he is clearly not alone in this desire. On his side, not only American industrial capital, but also that part of the financial tycoon, who apparently hopes to earn huge profits on an attempt to re-industrialize America and on the growth of US exports. For example, a representative of the financial conglomerate “BlackRock”, which managed assets of 6.288 trillion dollars, told CNN that “a weak dollar – that would be good for the US financial markets.”

If Trump’s presidency is not interrupted by impeachment, putsch, a constitutional crisis, or a bullet from a “Dallas single shooter”, then he and his allies will have a chance to achieve their goal. Rather, about “making America great again,” as Trump promised to voters, there are serious doubts. But what about “making the dollar weak” – they are likely to succeed.

The Russian authorities pushed the ruble into the abyss 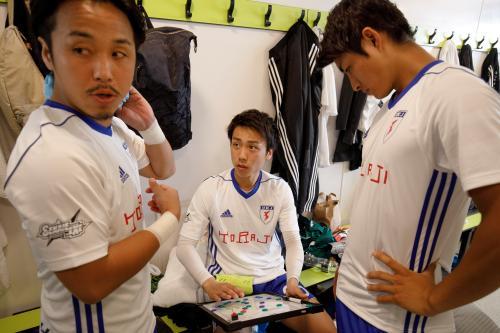