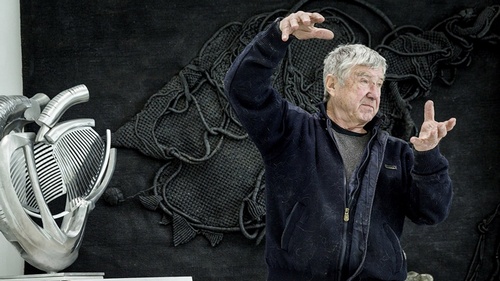 The artist Vadim Kosatschof explaining how “Urban Heart” would “live” on a city square.

In a small Austrian village outside Vienna a small glass house stands on a hill overlooking a valley. This is the home of Russian-born sculptor Vadim Kosmatschof and his wife and fellow artist Yelena Koneva. On the weekends they are joined by their daughter Mascha, an architect; her husband and partner Stuart Veech, a designer who works with Kosmatschof and worked on designing the house; and their three grown children, who are all, in various ways, part of the family art business.

In front of the house and on the terraces behind it are works by Kosmatschof — some, Stuart Veech said, put in place before the house was completed. These are sculptures that move, turn, twist or swing; shiny ovals that catch a bit of the sky and reflect it back; mirrored portals that frame part of the forest behind the house. Some spout water. Others make music as the wind ruffles thin strips of metal. Wild goats, deer, and boars fly out of the woods above the house, caught for a moment in the mirrored oval of a sculpture and then released back into the wild.

Inside the house are workrooms, studios, storerooms, and open living spaces filled with Koneva’s tapestries and Kosmatschof’s drawings and sculptures. This summer some of these works came to the Tretyakov Gallery for the first major exhibition of Kosmatschof’s works in Russia. Before this homecoming show, the curators invited several journalists to visit his studio outside Vienna — to see Kosmatschof’s works in their native habitats, as it were, and to talk with the artist about his extraordinary path in art. 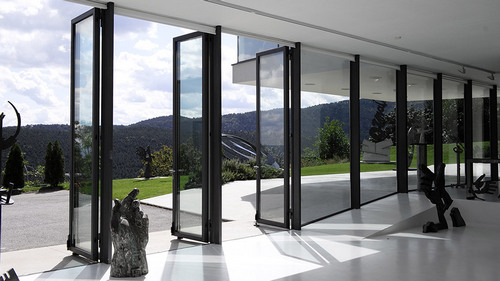 Kosmatschof was born in Kaluga, and after the war moved with his family to Moscow. In the capital he attended the Moscow Art Middle School and then the Stroganov Art Academy. This was the era of Khrushchev’s “Thaw,” when doors were cracked open and the arts breathed a bit more freely. Shows of Pablo Picasso and Ferdinand Leger came to Moscow, instigating passionate arguments and discussions. The backrooms of the Tretyakov Gallery, where the works of the Russian avant-garde were carefully preserved but not exhibited, were open to the young art students. Kosmatschof and his fellow students spent hours studying the paintings and attending lectures. He recalls hearing a lecture about Wassily Kandinsky that was like “being hit over the head.”

Kosmatschof and his friends were also enamored with the Futurists, a group of avant-garde artists known for their witty and impudent public performances. When the Kremlin was reopened to the public in the 1950s after being closed for decades, Kosmatschof and his friends would go and give “lectures” to the largely provincial visitors. They’d tell them, for example, that during the World War II the Tsar Cannon had been taken out and placed by the National Hotel to terrify the Nazis, who saw it and decided not to attack. Or they’d make up a story that the church patriarch in the 17th century connected monks’ cells with an early telephone system. This could have ended badly for them. When they were finally pulled aside by “men in suits” — K.G.B. officers — one of Kosmatschof’s friends pleaded tearfully, “Forgive us. We’re artists. We don’t know a lot, but what knowledge we have we want to share with the people.” Somehow they escaped punishment.

Kosmatschof was tremendously influenced by the works of artists such as Vladimir Tatlin and theatrical artists who worked in the Tairov and Meyerhold theaters: Lyubov Popova, the Vesnin brothers, and Alexander Tyshler. He spoke of Tatlin’s use of simple materials to create a sense of space and dynamism and the use of space on a theater stage that is, in the end, like a city square. “I didn’t copy Tatlin,” Kosmatschof said. “But I took the principle of his work and I scaled it up.”

After graduation Kosmatschof and Koneva both worked on the edges of what was ideologically permissible. Kosmatschof’s abstract, geometrical works were commissioned and installed in the Yugoslav Embassy and the Soviet Ministry Defense, and most prominently in the republic of Turkmenistan where he created a monumental sculpture made for the National Library in Ashgabat, now called “Konstrukta.”

But by the late 1970s, the doors were closing again. Many of their friends among non-conformist artists had already emigrated. Reluctantly, the family applied to leave, too. In 1979 after three petitions, the family was finally allowed to emigrate. 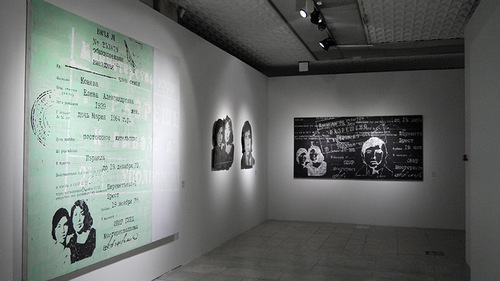 Emigration was a wrenching experience. At first Koneva supported the family with watercolors that sold instantly but drained her. “I worked 16 hours a day, ruining my eye sight. I was so tired of it I couldn’t work again for five years. It took a long time before I could draw again just for pleasure.”

Meanwhile, Kosmatschof entered competitions for urban sculptures, which he began to win, one after another. He attributes this to his sense of space and scale. “Many artists in Germany work with galleries. So they don’t think in scale, they think of how a piece looks in a gallery…when they work in a big space, their sense of scale is off.” Kosmatschof’s monumental works began to appear throughout Germany, Austria and other countries as his reputation grew in the 1980s and 1990s.

But he remained virtually unknown in his homeland, at first because the Soviet Union banned all mention of anyone who emigrated for political or ideological reasons, and then perhaps because his massive works couldn’t be exhibited in the new Russian galleries.

This summer, however, Vadim Kosmatschof returned home. Although he bears no grudge for his past treatment, he still has something of a bone to pick and regards the show as a kind of “apology for all the works by my wife and me that simply vanished after we left — destroyed.”

Not everyone considers this show his homecoming; the German and Austrian curators would like to claim Kosmatschof as their own. At the opening the good-natured disagreement was settled by Zelfira Tregulova, director of the Tretyakov Gallery. “We’re showing his works here, in the Tretyakov Gallery of Russian Art, and not in the Pushkin Museum of Western art. That means he’s Russian,” she said. 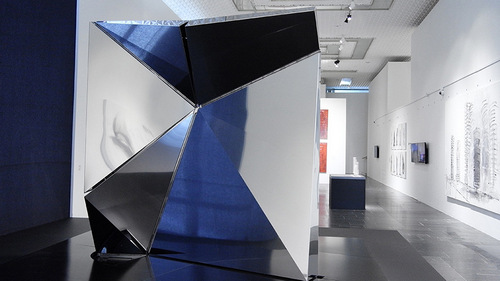 The show includes more than 60 works, photographs, videos, and other materials that cover his entire career. The top floor is largely a retrospective of his work beginning with the abstract and geometrical monumental sculptures that began his career in the 1970s, including “Konstrukta,” and following their evolution to more organic forms, with his favorite themes appearing more frequently in various guises: hands, signature, human torso, hearts, and ovals.

The second part of the exhibition is about looking ahead: sculptures that breathe, pulse, move, take in a pour out water, light up, blink, grow, change in shape and color in response to heat or shadow, people, and weather conditions.

Most of them have not been made yet, often because the cost was prohibitive, or technology had not yet caught up with Kosmatschof’s vision. “Urban Heart,” for example, was meant to stand in the center of Moscow City and respond to the sun through solar panels that would let it pulse during the day and light up at night. It was abandoned after the economic crisis.

Many of these are shown in videos, first as images in a sketchbook — where you see Kosmatschof’s massive hands flipping the pages — and then envisioned in computer graphics as they would “behave” in city squares.

The exhibition ends with the “Unfolding Square” (2017-18) — a large square made of massive sheets of mirror joined at one point. When that point is “pressed” — here powered by an engine; on the street powered by solar energy — the sheets break up and collapse upon themselves, fracturing reality and reflecting it outward, transforming the world around it and then eventually returning it to the way it was as the sheets realign.

It is fitting that this piece is exhibited here. A few floors above it is the most famous square in art history: Kazimir Malevich’s “Black Square.” That square was, in the words of the curators, a “rejection of interaction” while Kosmatschof’s square, to the contrary, opens a dialog with the world, interacting with it, drawing the surrounding reality into the world of the sculpture and transforming it.

Kosmatschof’s living and breathing sculptures may have come out of the Russian avant-garde, but they have gone on to create their own revolution in art. His works “change the world’s perception of the very nature of sculpture,” curator Kirill Svetyakov said. “They change the notion of what sculpture is and can be.” 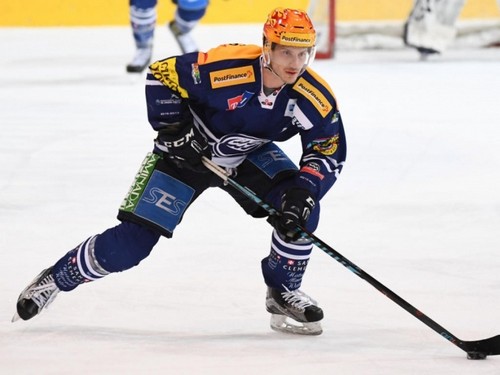