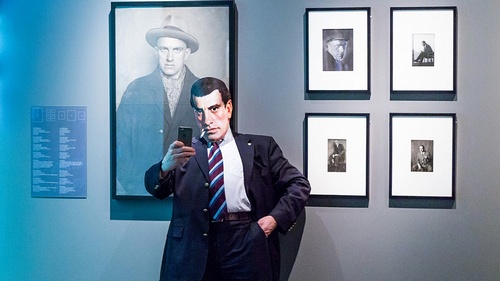 Birthday wishes are in order for Vladimir Mayakovsky, the Soviet poet whose 125 anniversary of his birth was July 19. Mayakovsky was also a painter, actor, playwright and co-founder of the Futurist movement. In case you forgot to mark the occasion by delivering a forceful poetry reading or watching one of his films, an exhibition at VDNKh offers the perfect opportunity to appreciate the poet and his legacy.

The “100th April” exhibition is located in the pavilion under Vera Mukhina’s Worker and Collective Farm Girl monument at VDNKh. It borrows items from the State Museum of V. V. Mayakovsky to present a comprehensive picture of Mayakovsky as a man, artist and mythical figure.

The distinction between these identities is key: As Mayakovsky grew more famous, his cult image clouded the man he really was. Curator Maria Gadas writes on the exhibition website that the show is “based primarily on the desire to show Mayakovsky in real life … after his death, Vladimir Mayakovsky lost his rights to his own satire of the late 1920s, to early love poetry and private life”.

The exhibition begins with projected photos from his childhood in Georgia. At age 13, Mayakovsky moved with his family to the Russian capital in 1906 where he soon became a dedicated student activist. His revolutionary activities got him sent to prison for 11 months at the age of 16. This is when he began to write poetry.

Mayakovsky-the-writer is represented by the original typewritten and annotated copy of his poem “Conversation with a Tax Collector about Poetry” and excerpts from his many works projected onto exhibition walls. He was a poet of the street, too, and a large projection screen plays footage of contemporary actors performing pieces about Mayakovsky, continuing and reinterpreting his oral legacy.

Mayakovsky’s image is also integral to his persona, starting with his early career as a broodingly handsome silent film actor in the 1910s. A collection of photographs, portraits and self-portraits catalogue the development of his first characteristic look: top hat and bright yellow bowtie. The bowtie, which he wore to shock people during readings, is on display. Especially endearing is a pair of self-portraits in which a cartoon version of him rides and chases giraffes, top hat and all.

Different, sterner images of the poet are more familiar. These are the photographs taken by avant-garde artist Alexander Rodchenko, with whom Mayakovsky collaborated on artistic projects. Taken in the mid-1920s, these portraits capture Mayakovsky with a shaved head, heavy sailor’s overcoat and gruff expression. The famous overcoat is on display, along with his Oxford shoes and favorite walking cane.

Another artistic-literary collaboration on display is the enormous ROSTA posters — propaganda posters issued by the Soviet state news agency that conveyed news items in the “proper light.” Mayakovsky collaborated with caricaturist Mikhail Cheremnykh on these poetic comic strips from 1921.

The last part of the exhibition focuses on Mayakovsky’s final years, when he grew increasingly frustrated with public expectations while the Stalinist authorities grew increasingly intolerant of his work. A final curatorial panel shares words from his suicide note: “I have no way out.”

The name of the exhibition, “The 100th April,” comes from his 1914-1915 poem, “A Cloud in Trousers”: “I have never lived with my heart up to May, / but in the life lived / there is only the hundredth April.” After suffering from depression for years, Mayakovsky shot himself on April 13, 1930. His funeral was the third most-attended in Soviet history, after Lenin’s and Stalin’s. Posthumously, he remained a voice for Soviet citizens trying to make sense of their identity in a changing society.

“The 100th April” runs until Sept. 9 and is curated in both Russian and English.

Europe saves the World Trade Organization from destruction by Trump 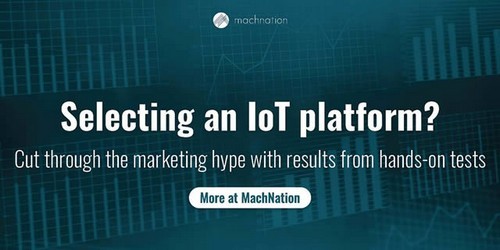