What to do over the long holiday weekend 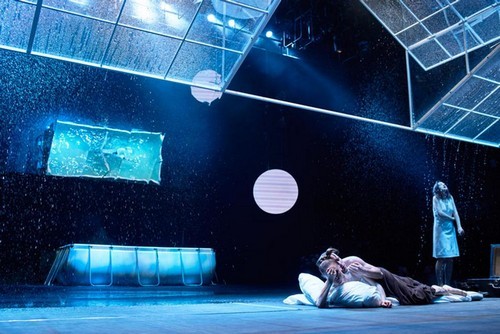 “StormStorm”: A new interpretation of one of the best known plays by Alexander Ostrovsky – “The Storm”

If a trip to the florist hasn’t wiped out your family or personal entertainment budget, here are some great ways to relax over the long weekend.

Anton Belyaev might have been only a semi-finalist in “Golos,” the Russian version of American show “The Voice” but as a result his band Therr Maitz, a little known indie-pop band, turned into a national phenomenon that can pack one of the largest concert halls in Moscow, Adrenaline Stadium. Expect his old songs, as well as new material, including a cover of his 1990s hit “Letet” (“to fly”), part of the soundtrack to blockbuster ice-skating drama “Ice.”

‘The Man from Podolsk’

“The Man from Podolsk” is one of the most notable premieres of the last season. Produced at Teatr.doc, an independent and controversial Moscow theater, the play is directed by its artistic director, Mikhail Uvarov. Based on a play by Dmitry Danilov, a well-known writer and a finalist of the “Bolshaya Kniga” (Big Book) award, the performance at first seems to tackle the subject of police abuse as a young man from Podolsk, a Moscow suburb, is detained and brought to a police station without any grounds. But then it turns out that the action takes place in an alternate reality, where the police are primarily concerned with the intellectual development of city residents. Despite the plot’s absurdity, “The Man from Podolsk” turns out to be a true story of Moscow life. 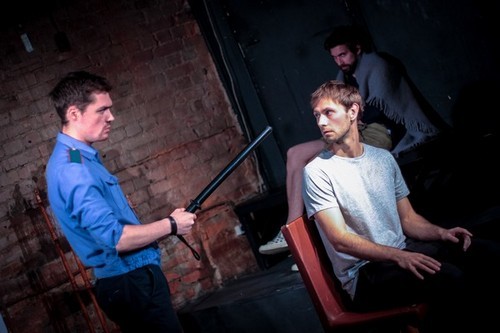 The Man from Podolsk

Gazgolder, a club that belongs to Russia’s #1 rapper, Basta, will host one of its famous techno parties on Women’s Day. French house label Minibar-Music will headline this all night rave. Among those who will play are Minibar-Music’s founder, DJ and producer Cabanne, as well as Lowris and Zip, co-founder of Perlon label.

Masha i Medvedi (Masha and the Bears) is a band that’s more than twenty years old. The band was immensely popular in late 1990s, when their song Lubochka with the famous refrain “Liebe, liebe, amore, amore, lubov!” was at the top of the charts. The band fell apart in 2000, but was resurrected by the front woman Maris Makarova (Masha) several years later. Masha i Medvedi is currently working on a new album, and you will be able hear some of the songs at their Yota Arena concert.

Gogol Center presents an unusual take on familiar Shakespearean classics. “Shakespeare” is directed by Evgeny Kulaginand choreographed by Ivan Yestegneyev (“Dialogue Dance” company). Although throughout the production the stage is clad in minimalist black, in the final scene it gets wrapped up in golden foil. On stage we see familiar characters – Hamlet, Ophelia or Lady Macbeth in unfamiliar scenes – Ophelia before her suicide or Lady Macbeth killing time in prison. Hamlet is notably played by Gogol Center’s resident American actor, Odin Biron.

Wild T Jazz is one of the many music projects of a prolific singer/songwriter Miriam Sekhon, whose voice has been compared with that of late Dolores O’Riordan from The Cranberries. Miriam’s other projects include Race to Space and VIA Tatyana, but at Powerhouse she will just sing jazz standards with some of her musician friends.

“StormStorm” is a new interpretation of one of the best known plays by Alexander Ostrovsky – “The Storm” – at the Theatre of Nations. Directed by Evgeny Marchelli, artistic director of the famous Fyodor Volkov Theater in Yaroslavl, the new production plays with the text and the plot and boasts a truly stellar cast. Theater and film actress Yulia Peresild plays a very believable Katerina, while her husband Tikhon and her lover Boris are both played by the same actor, Pavel Chinaryov. Yulia Khlynina, an up-and-coming Russian cinema and TV star (“The Duelist,” “Selfie”), playsTikhon’s sister, Varvara. 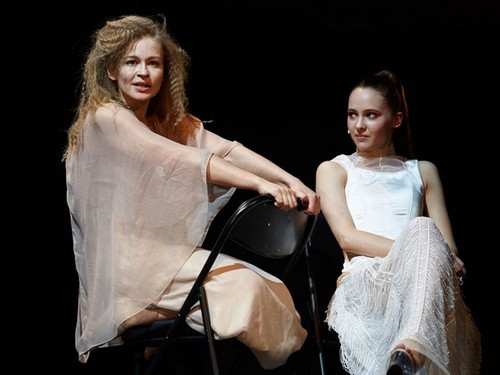 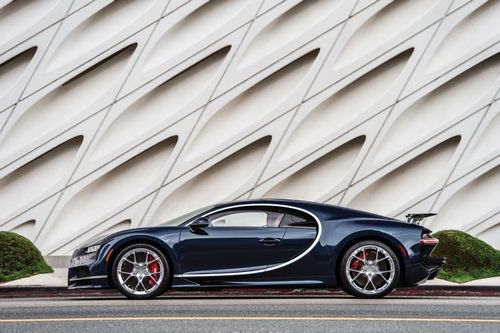 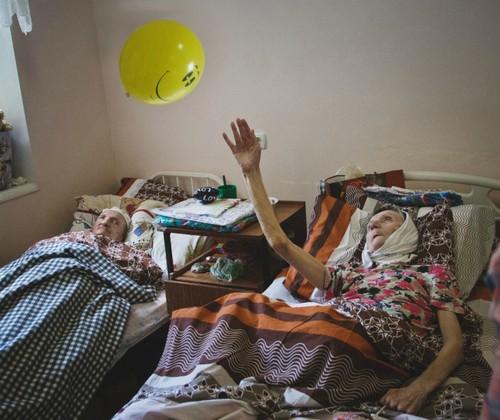