The Levada Center’s sociologists gave good, but sad news: a third of Russians are satisfied with the arrests of high-ranking officials. 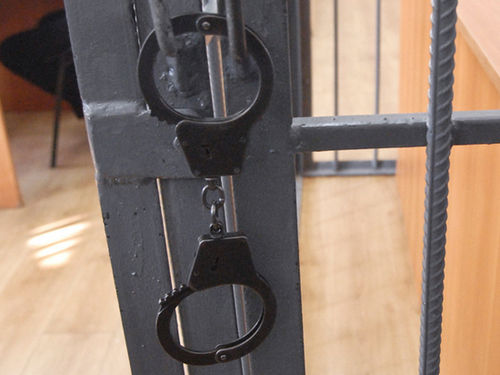 What is good? Well, that only a third. And in this category of citizens prevail, as the director of the sociological center explained, the elderly poorly educated people. With them, every such arrest is perceived with a feeling of “revengeful satisfaction.” This can be understood – billions are stealing bureaucrats, and people who have invested their labor in the country are eating up without salt. And even though such pinpoint arrests give a ghostly sense of justice.

Nevertheless, these arrests do not cause any sense of justice in 40 percent of the population, and in 14 percent even cause irritation. Because a feeling of satisfaction will arise when the harsh inconspicuous people do not just enter the hall and bring Arashukov alone, but when everyone is in bulk in the hall, first with his face on the floor, then in handcuffs, and then build into a colony. Work finally for the good of the motherland. Then go to another meeting room, and so on all tops. When the suburban and seaside palaces, the estates and residences of those arrested will be given to children’s sanatoriums. And the stolen trillions will go to medicine and pensions.

That’s when we believe in the fight against corruption. In the meantime, a little more than 30% believe that all these arrests are just “a struggle for the redistribution of spheres of influence between high-ranking officials,” and a little less than 30% that this is “distracting the population’s attention from real problems in the economy.”

Further more interesting. “Do you think that the income declarations of senior government officials, members of the Federation Council and deputies of the State Duma present all their incomes and property, or only some of them?” Asked the sociologists. “Of course, everything” – answered… 3% of respondents. 40% believe that officials indicate a smaller part, and 37% – that is negligible.

It’s funny, but the very same 3% are right. Officials indicate all their property, which is officially recorded on them. And it turns out that they are not so rich. Their rich wives and children who have achieved everything, as these officials like to repeat, “themselves, thanks to their talents.” How many accounts, real estate, yachts and airplanes are recorded on formally ex-wives and other proxies are known only to the competent authorities. But the organs are also part of the system, which means that the arrests are point.

That is why the news of “satisfaction” with arrests is good. Indicative. People can not be fooled. The fiction is, not the fight against corruption. By the way, in the FSB, where far from fools are sitting, apparently, they began to understand that people in the fight against corruption do not see the fight. And on their website a huge anonymous survey was posted “to assess the effectiveness of the anti-corruption measures used.”

And what about the sad news?

Sadly, we have such a power that we cannot believe it. Does not work.