Immediately after the first portion of the May holidays, the Russian currency rate went down – at the auction on May 6, the dollar broke through 65 rubles, and the euro – 73 rubles. While domestic financiers were barbequing, there were events in the world that collapsed “wooden.” Until June, the dollar can soar up to 70 and even up to 80 rubles, since in addition to foreign factors, the Ministry of Finance of Russia has joined the game of weakening domestic currency. 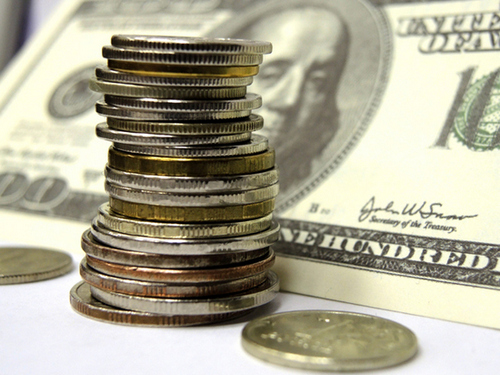 Trouble with the ruble began after the threat of the American president to increase from May 10 import duties on Chinese goods from 10% to 25%. These measures will affect products from the Middle Kingdom in the United States worth $ 200 billion a year. A serious bid, especially after April 30 in Beijing, the parties seemed to have reached agreements and are literally one step away from signing a trade agreement: the next round of talks was to be held on May 8 in Washington.

This sudden “Chinese syndrome” goes beyond the remit of political scientists and is much more relevant to the economies of all developing countries. The threat of a titans trade war for investors clearly means the smell of roast: in such situations, they prefer to carry their feet off risky emerging markets, including our country, which inevitably leads to a collapse of local currencies.

The first “bell” for the Russian ruble rang in the after-holiday auction: it fell in value both to the dollar and the euro by about 80 kopecks. If the American side tightens its rhetoric against China, the flight of investors will become more radical and the collapse of the ruble will be even tougher. JP Morgan estimates that the ruble responded to news of a possible aggravation of Sino-US trade relations much more sensitive than other developing countries’ currencies: it lost 0.7% in weight, while other currencies weakened by an average of 0.5%.

Disagreements in relations between Washington and Beijing led to a decrease in oil prices: the price of the Brent brand almost instantly fell by more than 2% – now the barrel costs less than the psychologically important level of $ 70. “Whatever the official economists say about the fact that the ruble“ got rid of ”oil and is indifferent to its fluctuations, this statement is still from the category of giving the“ wish for reality ”:“ wooden ”to commodity prices remains extremely sensitive”, – warns the director of IAC “Alpari” Alexander Razuvaev.

Amid external shocks against the ruble, their own financial departments are starting to play. In the near future, the Ministry of Finance intends to increase the purchase of foreign currency in the domestic market as part of the so-called budget rule. This rule assumes that with oil prices above $ 40 per barrel, additional revenues from the export of “black gold” are used to purchase dollars and euros to replenish the reserves of the Central Bank.

A year ago, something went wrong with this practice: too much intervention by the regulator put pressure on the market, and in August the authorities decided to abandon the purchase format – after that, the Ministry of Finance bought the currency directly from the Central Bank for a while. Since January 15 of this year, the market experience of interventions has been resumed, and the amounts implied in the anticipated similar operations since last summer have also been added to the volume of centralized massive purchases.

As a result, in May, according to Stanislav Murashov, Raiffeisenbank analyst, the Ministry of Finance will buy dollars worth 370 billion rubles (against 225 billion in April). Since in May there are fewer working days, interventions will be carried out very intensively – by 18–21 billion rubles a day.

Such a rush, and at the same time, man-made demand for dollars “may put undue pressure on the ruble and weaken its position,” the expert predicts. All the positive incentives to strengthen the Russian currency, which contributed to the strengthening of the ruble in the first quarter, will be exhausted. In this case, the strongest pressure on the “wooden” will be in July.

“If the economic battle between the USA and China continues to gain momentum, then“ it will not seem like much to anyone, ”Razuvayev believes. – “The situation is very alarming. The world may face a crisis comparable in scale to 2008. Brent crude oil at $ 30-35 a barrel can become a reality. With the implementation of the negative scenario, the dollar will soar to 80 rubles, and the euro will reach a level of 90 rubles. ”

Death of Dyatlov group: relatives of the dead are asked to resume the investigation