Russian pensioners began to travel more. If in the 90s and even at the beginning of the “zero” on the shores of the overseas, age-old compatriots practically did not meet, now they are fully relaxing at resorts in Turkey, in Europe and even in exotic places of the planet: in Vietnam, Sri Lanka, South Korea … 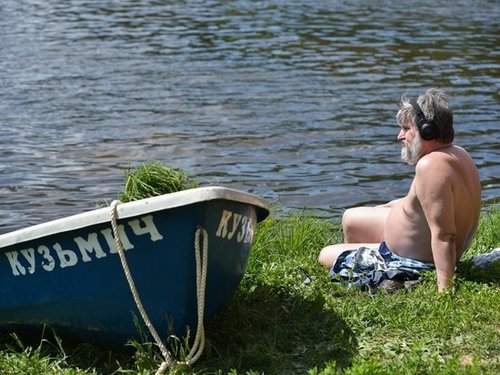 Experts in the tourism market say that the retirement age has ceased to be an obstacle to travel and even after 60 years of age, Russians do not plan to reduce their tourist activity. It would seem that pensions are no longer substantially, but life is getting more expensive. Do wealthy children and grandchildren sponsor the older generation to travel around the world? “MK” figured out what caused the tourist boom among those over 60.

Every year Russian pensioners in foreign resorts appear more and more, but, paradoxically, the reason for this is not at all an increase in the population’s well-being (in the last few years, according to Rosstat, real incomes, on the contrary, have only decreased) travel by the elderly themselves.

Analysis of the preferences of tourists of retirement age over the past three years has shown that they began to travel more frequently, reported in March 2019, the online ticket booking service Ozon.travel. Since 2016, the number of actively traveling retirees has increased by 5%. However, domestic trends remained the leaders, while Moscow, Simferopol and Sochi were among the top three.

The most popular foreign destinations remain Armenia and Germany. In addition to them, Italy, Moldova, Spain, Georgia, Israel and Turkey are popular with older Russians. Ozon.travel noted that, despite the high cost and long flight, from 2016 the demand for Thailand and the Dominican Republic increased by 5%.

Earlier, the older generation tried to actively improve the current life and did not even think about tourism: they bought apartments, cars, and, for example, helped their children and grandchildren. This position is easily explained if we turn to their life experience and the “iron curtain” by which the country where they grew up and lived was separated from other states.

After the fall of the invisible barrier in the late 1980s – early 1990s, when Russians began to discover the world more or less massively, one of the main effects of surprise for our compatriots was that a large number of old people from the “wealthy »Countries.

For elderly Germans, Englishmen and other “Swedes” it was quite natural: they worked all their life, earned a certain amount, raised their children and grandchildren, and now, in their old age, they can devote time to themselves – to travel, see the world, get acquainted with unexplored places or relax on proven resorts. It seems that now our elderly citizens are coming to such a paradigm: they are also ready to open unexplored routes.

Since the early 1990s, the opening of borders and the onset of a market economy, travel has been the prerogative of young and middle-aged people who earned good money. So how did those Russians who are over 60 turn up abroad? First of all, they began to take their offspring as nannies with them for overseas vacation, says a leading analyst at Forex Optimum, Ivan Kapustyansky. “Often, adults and wealthy children take their elderly parents with them to help them take care of their young children and their grandchildren,” he says.

Shuttle traders who saturate the domestic market with foreign goods were also chosen abroad. Such traders were not always young: shuttles and retirees in an attempt to help their families. Most often, their foreign tours with heavy trunks were limited to three countries – China, Turkey and Greece. After the opening of the borders, it was the first timid tourist age wave, rushing from Russia.

There is gunpowder in the old dog

Currently, overseas Russians are becoming increasingly common abroad. On the one hand, the same principle continues to apply: pensioners are taken along by their adult children to look after their grandchildren. But today this is not the main motivation. First, among the travelers are people who have managed to save up over the years of market reforms, but have now become retired. Secondly, many seniors are specially saving for traveling: the desire to see the world is in trend. “There are those in the country who managed to save a lot of money, postponing salaries or who have their own business. So, there is enough accumulation for both living and traveling. Others can sell their apartment and move to live with their children, and let the money from the sale to implement their plans, ”says Yevgeny Udilov, analyst at Phoenix Trading and Investment Institute.

“Attitude towards life is changing, and older people are beginning to use part of the budget for holidays abroad,” says Ivan Kapustiansky, for his part.

Thirdly, the modern world gives more or less advanced older people additional opportunities for travel. Thanks to the Internet, retirees can find an inexpensive vacation ticket or a companion for a joint tourist voyage. In the vast World Wide Web is full of all kinds of forums where sufferers are looking for and find a company to travel. By the way, this way of searching for fellow travelers allows you to save some serious money.

“Good day to all! We are 3 women, all pensioners. We fly independently to Thailand. All from different cities. We meet on March 24 at Bangkok airport. We are looking for another fellow traveler. Who is with us? Plans include: beaches of Pattaya, 2–3 days in Bangkok, 4–5 days in Kuala Lumpur and Malaysia, ”a pensioner from Yekaterinburg writes at a tourist forum. And there are a lot of such announcements on the Internet.

Previously, there were no such opportunities. Modern grandparents can afford to go online and realize plans for the rest. Due to this, in particular, the domestic pensioner’s tourist flow is growing, despite the small size of pensions in comparison with European countries.

In 60 years, life is just beginning

According to the Russian Internet resource Biletix, from July 2015 to July 2018, the number of air tickets sold to passengers whose age over 60 years increased 2.3 times. Age citizens became traveling more often, while 71% of retirees who bought a ticket made a flight across Russia, and 29% went abroad. The obvious result: the percentage of domestic trips among the older generation is much higher than in other age groups. Note that among the age passengers 56.2% are women.

68.1% of passengers over 50 in 2018 set off on a journey across the expanses of their native country. 31.9% preferred foreign voyages. Only 2% of respondents said they would be forced to travel less in accordance with their health and financial capabilities.

It should be noted that age-related Russian tourists cannot count on any financial preferences. Target vouchers for those over 60 offer only a few Russian travel agencies in their lines, but these special offers are more for show: the demand for them is low. Pensioners who are going on an independent trip are more often interested in not-too-expensive organized bus tours to Europe or budget cruises on a motor ship to northern European countries.

But the modern tourist boom among domestic retirees proves: it’s not just about money.