Many owners of country plots in the old-fashioned way prefer to burn last year’s grass in the spring. However, now the grass has fallen for the grave, you can seriously pay: violators are threatened with fines of up to 5 thousand rubles. 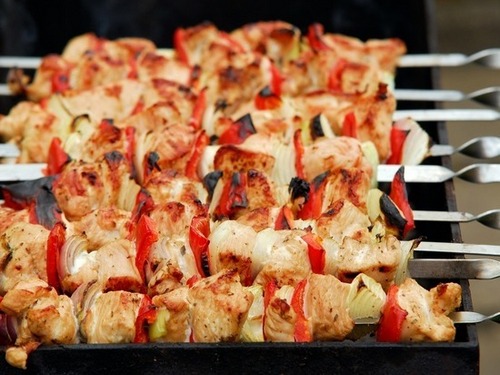 On the eve of the May holidays, residents of the region were once again warned about administrative and criminal penalties for the burning of herbs. The weather is expected to be warm and dry in the first half of May. Therefore, with open fire, jokes are bad. It is not only about those who go into the woods for barbecue. It is categorically impossible to make fires in recreation areas now – it is not even discussed. In each municipality of the Moscow region, specially equipped picnic areas are being opened. In 2-3 years about 200 such recreational zones will be created. As part of a pilot project, 6 have already opened at the end of last year.

The goal of this project is the transition from “wild” outdoor recreation to a civilized one. The first causes irreparable damage to the forest and nature. After spontaneous picnics, garbage appears in the forest and fires arise. The second option is comfortable, well-equipped areas in the woods, where you can spend time with your family or a large company without causing any harm to the environment.

The first resting places in the forests were opened in the urban districts of Podolsk, Likino-Dulyovo, Balashikha, Naro-Fominsk, Klin, Krasnogorsk, Lukhovitsy, as well as in the Resurrection and Sergiev-Posad districts. There is lighting, gazebos, organized small shopping pavilions, equipment rental points, public toilets, moms with wheelchairs can drive along the walkways and elderly people can walk.

But fires in the forest are not the only cause of fires. Often the banal burning of garbage leads to this trouble and dry grass has fallen. Now, both are forbidden, even at their summer cottage. Local burning of grass quickly captures large areas, moves to forests and settlements, country and horticultural societies, foresters say. But, unfortunately, some residents of the Moscow region burn dry grass every spring, guided by the myths about the benefits of this event.

In addition, a fine of up to 1 million rubles or imprisonment for up to 8 years is provided if the forest itself is set on fire.