A bill has been submitted to the State Duma, which, from January 1, 2020, will allow Russians to demand monetary compensation from the state for unbearable conditions of detention in a detention facility or colonies. The government hopes in this way to save on compensation payments for the decisions of the ECHR. 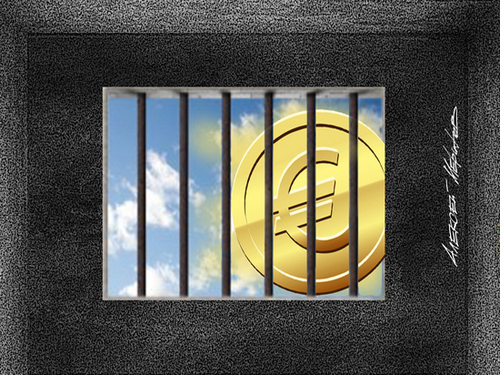 The bill was prepared by the Ministry of Justice and submitted to the State Duma on behalf of the government. The explanatory note recognizes: the need for its adoption stems from the experience of relations between Russia and the European Court of Human Rights, the jurisdiction of which the Russian Federation recognized, becoming a member of the Council of Europe in 1997 and ratifying the Convention for the Protection of Human Rights and Fundamental Freedoms.

The document contains a reference to the 2012 ECHR ruling on complaints “Ananyev and others against the Russian Federation”: it “established the presence of a structural problem of inadequate conditions of detention in the Russian Federation” in both detention centers and colonies, and stated the “lack of effective remedies” from violations of this kind. Sergey Ananiev, by the way, spent several months in one of the cells of the Smolensk detention center, where there were 13 beds in a 15 square meter area, but sometimes there were from 15 to 24 people at a time for weeks. He won the case at the ECHR.

But only in 2019, our authorities, having paid out over 3.4 years more than 3.4 million euros of compensation to Russians for the terrible conditions of detention, decided to create an internal liability mechanism. If the bill is adopted, citizens of the Russian Federation, who consider the conditions in pre-trial detention centers, colonies and prisons as bestial and humiliating, will be able to go to court with the requirement of monetary compensation from the federal budget.

The court must establish whether and how long the violation took place and what its consequences were, without going into finding out the causes of these violations and the degree of responsibility of the officials. The duty of a refutation of arguments of the claimant is assigned to competent authorities. Compensation should be transferred to victims promptly: within 90 days after the entry into force of the court decision.

This “will allow shifting the burden of protecting the rights of Russian citizens to the national level, which will positively affect the image of the Russian Federation and will contribute to a significant reduction in federal budget spending,” the government admits. That is, there will be fewer complaints to Strasbourg, and so will the scandals associated with the removal of rubbish from the house. The bill specifically states: during the first six months of the law, the Russian, who has already filed a complaint with the ECHR, but has not yet waited for its consideration (and has to wait for years), has the right to appeal to a Russian court.

And to get faster, but less: the financial and economic justification for the bill states that when determining the amount of compensation at the government’s expense, the Russian courts traditionally charge amounts much more modest than the ECHR. In general, depending on the circumstances of the case, the applicants sometimes get 2-3 thousand euros, and sometimes from 20 to 70 thousand euros.

Our government believes that about 3 thousand euros in rubles (that is, about 217 thousand rubles at the current exchange rate) can be considered “reasonable compensation.”

Since 1998, 353 complaints of Russians about intolerable conditions of detention in places of detention and convoy have been examined in Strasbourg. Now there are 750 more cases of this kind there, 300 of them have already been accepted for consideration. But the number of potential applicants decreases every year, according to the explanatory note. In 2010, a law was adopted on compensation for violation of the right to legal proceedings within a reasonable time (also based on the results of interaction with the ECHR, by the way), which led to a reduction in the length of stay in the SIZO. And in 2018, a law was passed on a new procedure for counting up the time of detention pending trial (one day in the SIZO is equal in certain circumstances to one and a half days in the colony) …

In general, about 1.3 billion rubles a year is enough for everything about everything, according to the Ministry of Justice. And there would be no need for additional expenses: the budget for the execution of lawsuits against the treasury of the Russian Federation is set at 5 billion rubles annually.

The head of the Duma Committee on State Construction and Legislation, Pavel Krasheninnikov (“ER”), told MK that terrible conditions in domestic places of detention existed since the time of the GULAG, and it has been decades to get rid of this heritage. The government’s initiative, the deputy believes, sets the civilized vector in the development of Russian law, and the committee intends to work on it with the participation of experts and representatives of civil society.

A political scientist, a member of the Council for the Development of Civil Society and Human Rights under the President of the Russian Federation, Ekaterina Shulman, in an interview with MK, drew attention to an interesting pattern: “Statements by Russian authorities often give the impression that Russia is ready to completely slam the door and leave the Council of Europe, but the practice is the opposite: we participate in the work of all the collegial international bodies, from where we have not yet been exposed, and make changes to the legislation in accordance with the recommendations of the ECHR.

Although no one is openly acknowledged in this (the bill on compensation for torture conditions in places of deprivation of liberty is rather an exception to the general rule), and partial decriminalization of article 282 of the Criminal Code, and discussion of the bill on prohibition of cells in courts, which the General Prosecutor’s Office recently publicly and the prohibition of serving the sentence away from the place of residence, and a rather large number of other legislative acts – all this is connected with the intention to take into account and implement the recommendations of the ECHR. Let reluctantly, halfheartedly, but still … “