Sergey Guriev, Sergey Aleksashenko and Konstantin Sonin, three well-known Russian economists who left Russia, answered our questions about the future of the Russian economy and about their own life abroad. Alas, the recipes that could lead us out of the economic deadlock, according to experts, are not feasible at least until 2024. 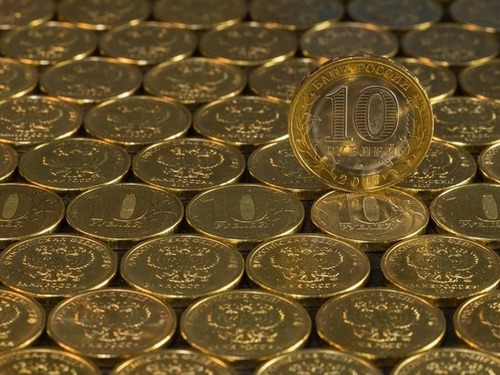 The Russian economy has lived a half quarter of 2019, and this is enough to say: the year promises to be contradictory. On the one hand, the ruble has strengthened and oil prices have risen, although Russia owes such success more to the confluence of external circumstances than the effectiveness of economic policy. On the other hand, the country is experiencing the consequences of increasing VAT and other unpopular reforms: “ideal” inflation of 4% is in the past, prices are rising, and household incomes are falling.

Most of all, people want to know: will they get poorer and further, or will everything get better. We cannot expect a true answer from the authorities, so we took an interest in the view from the outside and talked with well-known Russian economists who now live abroad and evaluate the situation from the inside. This is the former rector of the New Economic School, now chief economist at the European Bank for Reconstruction and Development, professor of economics at the Paris School of Political Science Sergey Guriev (he left Russia for France in 2013, featured in the “YUKOS expert case”).

The second interlocutor is Sergey Aleksashenko, the first deputy chairman of the Central Bank in 1995-1998, (he left Russia for the United States in 2013, later became a defendant in the case of exporting cultural values ​​from the country).

The third expert, Konstantin Sonin, a professor at the University of Chicago and the HSE, moved to the USA in 2015.

– How do you assess the state of the Russian economy: pain points, possible growth drivers and brakes of development?

Sergei Guriev : In the foreseeable future, a macroeconomic crisis is hardly possible in the Russian economy. The federal budget is executed with a surplus, substantial funds have been accumulated in the National Welfare Fund, and monetary policy keeps inflation under control.

On the other hand, one should not expect rapid economic growth. The Russian economy continues to grow at a rate of 1.5-2% per year, increasingly lagging behind the United States, the countries of Central and Eastern Europe, and even Kazakhstan.

The main obstacles to development are the imperfection of institutions, a poor investment climate, a high level of corruption, and isolation from the world economy. The growth potential is associated with human capital, so the key risk is the emigration of educated professionals and entrepreneurs and the degradation of the education system.

Sergey Aleksashenko : The state of the economy can’t be called anything but sad. Over the past 10 years, the average growth rate of less than 1% per year – this shows that Russia is rapidly lagging behind the rest of the world. The main painful point is the destroyed institutional environment, which leads to the absence of a system for the protection of property rights – the basis of any business. I am talking about political competition, an independent court, the rule of law and freedom of speech.

The preservation of the current political structure, the continuation of the military-political confrontation with the West and aggression against Ukraine are the main obstacles to development. The only growth driver is Rosstat’s creative approach, which manages to improve economic performance with each revision, planned or unscheduled, which he cannot explain to anyone.

Konstantin Sonin : The Russian economy is in a difficult but not critical situation. The stagnation of production, income, living standards has been going on for already ten years: short-term recessions are replaced by short-term rises, but the average growth rate remains below 1% per year. The main problem of the Russian economy in recent years is excessive pressure from the government. New restrictive laws, new regulations are being adopted all the time – each such law increases production costs and reduces incentives for innovation. Law enforcement practice is becoming increasingly hostile to business, and in fact it is business that is a source of economic growth.

– How will the Russian economy change until 2024 – the next political cycle? Is there any hope for its qualitative changes in a positive way?

Sergei Guriev : The following consensus has formed in the community of economists analyzing the Russian economy. First, accelerating growth is impossible without institutional reform. But secondly, no one expects these most significant reforms.

Sergey Aleksashenko : If you keep those brakes that I mentioned above, the Russian economy has no chance to change seriously. In the modern world, no country can successfully develop based solely on its own strength. The key to rapid growth is involvement in the global economy.

Import substitution is a road to a dead end, in which the country was already in Soviet times. National projects are a naive belief that public investment financed by higher taxes will be more effective than private ones. In practice, it turns out that the more the state invests, the more billionaires appear in the country.

Konstantin Sonin : Until 2024, I do not expect either a catastrophic recession or a way out of stagnation. To move on to growth, we need at least an active, aggressive government. Even without carrying out deep, serious reforms, it is necessary to abolish counter-sanctions, beating, first of all, on the poor part of the population, abolish all this practice of Internet restrictions, because it complicates borrowing and introducing advanced technologies, and expel corrupt officials and managers of state companies. Without this, there will be no way out of stagnation.

– How is your professional life and career abroad?

Sergey Aleksashenko : On the one hand, I am interested in a wide circle of communication with experts in various fields, which allows to broaden my horizons. On the other hand, here I am, in America, a “stranger” – a representative of a country that is the main geopolitical threat, so there’s no serious reason to talk about a career.

Konstantin Sonin : It is going well. In 2015, I became a professor at the University of Chicago. Since I immediately became a full and life-long (tenured) professor, and the University of Chicago is the world’s leading center in economics, it’s hard to wish for a better place or a better job. Purely academically no higher positions. The challenge for me is to do something interesting and important in science.

–  Do you want to return to Russia and what can make you think about returning?

Sergei Guriev : No, I have a very interesting job.

Sergey Aleksashenko : Of course, I want to, but for the time being I cannot even come to visit my parents – I am on the federal wanted list as part of a fabricated criminal case. If we talk about the long term, I left because it was impossible to find any work in my homeland. Therefore, I can only think about returning to Russia when life begins to change in the country, and some interesting opportunities will open up for me.

Konstantin Sonin : In the modern world, a place of residence is far from the most important factor determining a person’s being. Although I work in Chicago for most of the school year, I spend several months a year in Moscow. I still work at the Higher School of Economics, I have students, graduate students and, of course, colleagues there. I speak at summer schools and with public lectures on economics.

Russians have ceased to please the arrests of officials

One thought on “Economists-emigrants Guriev, Sonin and Aleksashenko gave Russia a harsh forecast”