In the 1930s, economist John Keynes predicted that by the beginning of the 21st century, world consumption would double every 4-5 years due to unprecedented economic growth. In 2013, the well-known auditing company PWC promised Russia is about to be ahead of Germany in some indicators. We have collected the brightest forecasts and compared them with reality. 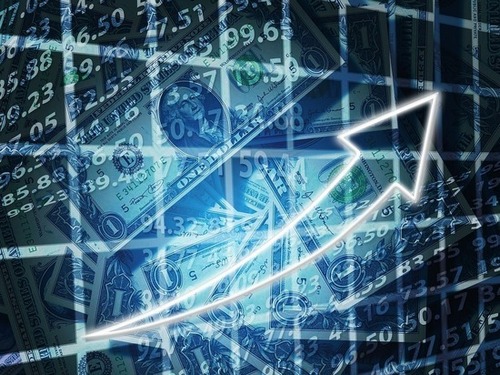 When we want to look into the future, then, as a rule, the case is limited to the year 2024. On the one hand, this is understandable: the primacy of politics, as it was, remains in force. On the other hand, politics is the art of the possible. And what is possible in the future, in 2024 and beyond? How can Russia get connected to these opportunities?

We’ll make a reservation right away: we will factor out possible geopolitical upheavals, possible wars and climatic catastrophes: they certainly cannot be included in any predictions. We will focus on possible economic changes – in the world and in the country. This is not only necessary, but also curious. And the wider the horizon of the future, the more interesting.

True, there is a downside. The rule is: the further you try to look, the more likely to make a mistake, no one has canceled. It is curious today to read forecasts written not during the time of the first utopias, but, say, before the Second World War. For example, in 1930, at the height of the Great Depression, perhaps anticipating impending thunderstorm times and defending against them, the famous economist John Maynard Keynes wrote an essay “Economic Opportunities for Our Grandchildren.”

Caring for his grandchildren did not add him fame. It was a dream forecast: Keynes hoped that by the 80s of the 20th century, the global economy could accelerate to a growth of 20% per year, giving global consumption the opportunity to double every 4-5 years. “Communism” and Keynes did not take place, the growth bar was too high.

It turns out, the great economist broke away from reality? Not so simple. A well-known resource specializing in the publication of materials by recognized masters in the field of economics, and not only – Project-syndicate.org – indicates periods during which the growth rate of the economy grew by an order of magnitude. If from 1500 to 1820 the world economy, according to the available estimates, grew on average by 0.32% per year, from 1820 to 2003 – by 2.2%. Now the average rate is 3%.

Challenges of a New Economy

To reap the benefits of the digital and industrial revolutions, the economy must change significantly. How exactly? About this written volume. But there are compact and quite successful indications of these changes. We cite, for example, the Canadian resource Visual Capitalist.

First, modern capital prefer new areas. The authors of this resource pay attention to the tendencies of rearrangements on the podium of the largest companies in terms of capitalization and come to the conclusion that the vectors in the movement of the capital change. The time has passed when companies oriented on industry played first fiddle. Now those who are engaged in the latest technologies are soloing (the capitalization of individual companies has already exceeded $ 1 trillion) and their introduction, while in the sphere of implementation trading companies (such as Amazon) are leading. When exactly the newest digital technologies will determine the assembly and industrial production as a whole, the next permutations on the pedestal are possible.

Here you can make the first reference to the modern Russian economy. When politicians and economists, mostly of left orientation, habitually ask: “Where are the new DnieproGESy and Magnitka?”, Then they have something to say: in Russia there are modern flagship companies, for example, Yandex.

Secondly, the evolution of money itself. This trend is actively unfolding before our eyes. On the one hand, it is pushed by the central banks themselves: the world has already accumulated about $ 250 trillion of debt, including $ 63 trillion borrowed by the governments of the largest countries, and the pyramid is growing. At the same time, the central banks of Japan, Switzerland and other countries issue money at negative lending rates. And governments, and companies, and people are starting to take money in new ways. On the other hand, the same central banks have not yet clearly decided how to behave in this situation. An additional and so far underestimated factor is the technological possibility of creating electronic money and their emission in addition to central banks. A total of cryptocurrencies have confidently crossed the threshold of $ 200 billion.

Thirdly, technological progress is constantly accelerating. Not only the speed of the emergence of new inventions, but also the launch of start-ups is growing. The Canadian resource leads, perhaps, not the most successful, but still an impressive example: “Pokemon Go gained 50 million players in 19 days. Against the background of cars (62 years), phones (50 years) or bank cards (28 years), 19 days is an instant. ”

Fifthly, demographic problems lead to the emergence of new and expansion of old cities. Demographic problems are not only the aging of the population in developed countries and rejuvenation in a number of developing ones. These problems are known, they are actively engaged. But there are others. Among them, for example, new megacities. Visual Capitalist warns: by the end of the 21st century only in Africa there can be at least 13 megacities with up to 50 million people, they will be larger than New York. By that time, the megalopolises of North America, Europe, South America and China will no longer be among the top 20 most densely populated cities in the world.

And, finally, seventh, the “east wind” is growing stronger over the world economy. The value of East Asian countries and India in the global economy will grow. First of all, this still applies to China. Visual Capitalist cites, for example, this fact, not from tomorrow, but today: a region in the Yangtze River Delta, which includes several cities, produces $ 2.6 trillion – more than in Italy.

In pursuit of America

The picture of the future is partly drawn. These vectors are unequal, the picture, of course, is incomplete and not everywhere transparent, but it still gives an idea of ​​how the future will differ from the present in the main.

There is another view. It is exacerbated by the ongoing trade and sanction wars. This is an attempt to see not so much as to change, but rather who will win or overtake someone, who will be on top and who will roll back. This view is not so much a futurologist as geopolitics.

Not so long ago, the head of the Accounts Chamber, Alexei Kudrin, said: “The new sphere of war is the economy. Ultimately, this will lead to the US weakening. But in the next 40 years they will dominate. ” So how will the ranking table change in the global economy?

There is a response from the well-known auditing company PWC, which made a prediction of the movement of the countries on a chessboard for 50 years ahead. The forecast was made in 2013, but it is still of considerable interest.

By 2050, according to the PWC version, in addition to China, which in absolute terms of GDP may come out on top by 2027, India and Brazil will move up sharply. Noticeable is the success of Vietnam, which by 2050 will enter the top twenty countries.

It should be specially emphasized that the PWC forecast is very complimentary to Russia. In terms of GDP at purchasing power parity, it should be ahead of Germany already in 2020. In fact, Russia, however, is not progressing so fast: the gap with Germany remains the same.

The difference in the real state of affairs from the forecast dated 2013 is, above all, changes in geopolitics and the introduction of sanctions, which, according to the forecast, hamper the development of the Russian economy. Nevertheless, the PWC forecast was most likely taken into account in the Kremlin in the preparation of the May 201 decree of Vladimir Putin. Although, in the decree, the task of bringing Russia to the fifth place in the world economy was postponed to 2024.

We have tried to look into the future from various sides, starting mainly from foreign forecasts. What are the official domestic counterparts?

In accordance with the law on strategic planning, the latest long-term forecast (until 2035) was drawn up by the Ministry of Economic Development in 2016. Alas, in essence, it is only an elongated version of the three-year forecasts, which the ministry constantly operates with. It does not raise the question of new challenges, for example, those described above. As always, everything is a “fork” of three versions, differing in degrees of optimism, which, in turn, is determined by investment activity and, who would doubt, oil prices.

The habit of constant “refinement”, which reduces the level of requirements for forecasters and the quality of documents, as applied to the long-term forecast, which, unlike three-year-old counterparts, is not subject to constant, until the “forecast” period expires, actually results in refusing to see the future beyond the framework of the usual “sight”, which may be knocked down and in any case is clearly insufficient. The Ministry of Economic Development’s long-term forecast is more likely a reply than a serious document that will allow one to foresee any risks or challenges in advance. It is already largely obsolete: according to the basic version, the maximum growth rate of the economy was provided at 2.6%, and according to the scenario forecast conditions until 2024 from 2021, the growth rate should confidently overstep 3%.

As for the oil market, which is key for the present and future Russian economy, it is not expected that there will be new shocks on it. Meanwhile, Energy Minister Alexander Novak warned more than once that the OPEC + agreement should not be renewed. If there are no restrictions on oil production, the price shock is quite real. The second shock, no less serious, is contained in another Novak forecast: from 2022, oil production in Russia will decline. The consequences of such a development are not considered in detail in the forecast.

But perhaps the most important thing: the forecast does not focus on the development of human capital, and this is in modern conditions the main omission to the opportunities opened up by digital revolutions that will determine the future. It turns out that the forecast fulfills some of its departmental tasks and is clearly not in the same plane in which the world economy is developing.

This does not mean that the Russian economy loses benchmarks. Its digital achievements are evident; in March 2019, Microsoft experts recognized that Russian companies are among the world leaders in the implementation of artificial intelligence. The market defines the mainstream. Landmarks can lose the government, for which the Ministry of Economic Development manufactures its products.

Although – who takes into account the views of the government when it comes to the long term?

Approach to the Reichstag

Ministry of Labor proposed to change the method for calculating pensions