The owner of one of the most popular telegram channels in Russia, Stalingulag, revealed himself. A young man named Alexander Gorbunov decided to show his face after a scandal with a police search. 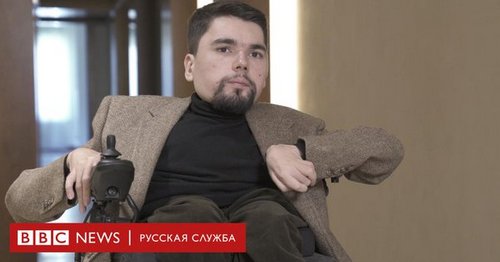 The author of the telegram channel “Stalinggulag” first told reporters about himself. A great interview with him appeared on the BBC website  .

According to the TV channel, Alexander Gorbunov arrived at the editorial office accompanied by his common-law wife. The fact is that a 27-year-old boy is confined to a wheelchair due to spinal muscular atrophy.

“My name is Alexander Gorbunov, and I am the author of Stalingulaga,” the blogger said at the beginning of the interview.

He said that he was born in 1992 in Makhachkala. Due to the fact that this city is not adapted for the life of people in a wheelchair, it began to spend a lot of time on the Internet.

“I have watched various political programs since childhood; politics has always attracted me,” Alexander admitted.

After graduation, he moved to Moscow. In 2013, Gorbunov decided to try writing about Russian reality on Twitter. Short comic messages about politics liked the users. Within a few years, the page gained 400 thousand subscribers.

In the spring of 2016, Alexander registered a channel in the Telegram. Now it has more than 1 million followers.

Recently, the popularity of the blog attracted the attention of law enforcement. According to Gorbunov, on April 26 the police came to his mother. They explained that her son’s phone allegedly “received a call to mine objects.”

Gorbunov connects the interest of the police in his person with the publication of RBC. In July 2018, journalists first published information about the author of “Stalingulag”.

The blogger admitted that after the disclosure of his identity will continue to lead the channel. “I have not caused anyone any harm, I am not to blame for anything,” said Gorbunov.

A few days ago, as a sign of support, Pavel Durov verified the Stalingulag channel. “As far as I know, this is the first case in the history of the Russian-language telegram,” said Alexander.

The loudest divorces of billionaires: how many ex-wives got