In the midst of the opening of the kebab season, the authorities again started talking about banning disposable tableware. Before the first May holidays, it became known that municipal deputies had proposed the Moscow City Duma to limit the use of plastic, and now they are thinking about the same at the federal level. 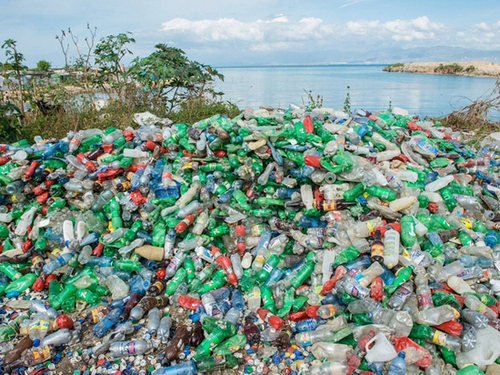 The head of the Ministry of Environment Dmitry Kobylkin said that the ministry supports the global trend to reduce the use of polymers. His words were interpreted as an allusion to the preparation of a restraining document, but the ministry denied this information. Nevertheless, the detrimental effects of plastics on the environment at the highest level are clearly reflected.

There is no doubt that unprocessed plastic is damaging the planet. Heartbreaking shots are walking around the web, showing, for example, how a piece of plastic is pulled from a tortoise’s nose. There are research results confirming that particles of plastic from the oceans are consumed by humans.

Russia also gets echoes of the environmental efforts of the West. For example, in some fast food chains, tubes for drinks are issued only on demand, in some places cardboard boxes are offered instead of plastic glasses and plates. However, the matter was almost nowhere further than the enthusiasm of individual business representatives. Although last year Dmitry Medvedev declared a possible ban on plastic, he added that the production of plastic items “can be a profitable business.”

Any bans entail financial consequences. In the case of reducing the use of plastic, the main plus is the intangible and abstract environmental benefits, and the downsides will be felt immediately. Firstly, plastic manufacturers will be in danger of fighting for their business. Secondly, according to the law of substitution, something else should appear instead of plastic. Most likely, these are products from extruded cardboard or biodegradable plastic. Of course, such items will be more expensive.

It is obvious that the solution to the plastic problem in Russia is stalling. In this matter, we are not only behind a highly developed Europe. Polyethylene or plastic products have been banned from Rwanda, Kenya, Chile, Bolivia, Costa Rica, India, Uzbekistan.

“It would be more efficient to create opportunities for recycling plastics for recycling, this would reduce consumption,” says Gennady Nikolayev, an expert at the Academy of Financial and Investment Management. “And if the issue is banned, then the problem of waste will remain: just instead of inorganic garbage there will be as much organic waste that does not disappear instantly.” As for the economic side of the issue, for the consumer the ban on disposable plastic will result in additional expenses. Although there is a lot of wood in Russia, this raw material is not the cheapest. We will not be able to take the path of, for example, India, where disposable plates are made practically from waste – fallen palm leaves, and therefore we will have to invent other ways.

“I was bitten by a tick”: what to fear and how to protect