Only on Tuesday, May 7, two small children fell out of the window – a five-year-old boy from Yakutia (already the second in the region since the beginning of May) and a two-year-old from Omsk (the third in his city since the beginning of the month). Police warns: the warmer the weather, the higher the risks for the child associated with windows open for airing. 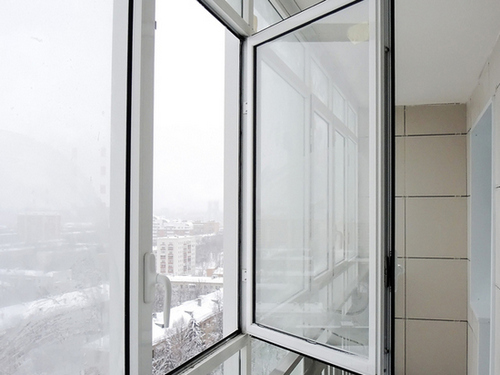 With all the disappointing statistics, many parents tend to believe that this will not happen to them… until the trouble knocks on the window, in the most direct sense. MK has learned what has changed in life (and in the windows) of those whose children were lucky enough to survive after the fatal fall from a height.

While regional ICs are checking on the fact of the death of the next kids, city law enforcement officers point out the sad dynamics: in 2018, there were 20 cases recorded and 7 deaths more than in 2017.

On parental chats on the Web, it is believed that children often fall out of old wooden windows, where the handles are opened by simply turning. And these windows are more often in neglected apartments of socially disadvantaged citizens. But statistics is relentless: tragedies occur in dwellings with the most modern expensive plastic windows, including in families of famous and wealthy people, where they will not breathe on the only heir. For example, in September of last year, the grief happened to the son of rapper MiyaGi (Azamat Kudzaev): his one and a half year old son fell out of a window on the 9th floor of an elite house in the center of Moscow, when the boy’s mother literally left the kitchen for a second. According to those who are confronted with this terrible misfortune more often than others (policemen, emergency doctors, pediatric surgeons), the most frequent causes of falling children from a height are parental absences,

In July last year, a boy Ibrahim, 1 year and 7 months old, fell from the 13th floor of a residential high-rise in Odintsovo near Moscow. Parents left him with a young nanny who was distracted by household chores, and underestimated the agility of a baby who climbed up on the window sill and leaned on the mosquito net that could not stand his weight… The child’s life, having absorbed the blow, saved the soft crown of the tree that was on the trajectory deadly flight. Ibrahim was also lucky with the ambulance: eyewitnesses immediately called her, and she immediately arrived. Finding the boy only a slight concussion and a hip fracture, the doctors admitted that he was born in a shirt.

Since then, almost a year has passed. What conclusions did the parents miraculously saved the child?

“They moved to Moscow from the region where most of the houses are private,” a relative of the family told us. “There, people are not used to fearing windows and underestimate their danger to children in high-rise buildings.” Therefore, Ibrahim’s parents thought that the mosquito net was very durable until the baby proved the opposite. They are still very hard, it is impossible to remember that horror. They reproach themselves and for having left their son under the supervision of a very young girl, she and 18 were not… Ibrahim is still undergoing serious treatment. But the main thing is that he is alive! And on the windows they now have lattices with special locks.

Police chief for operational work of the Main Directorate of the Ministry of Internal Affairs of the Russian Federation for Moscow, police colonel Alexander Polovinka says that law enforcement officers are distributing in the residential sectors of the capital information about what parents should never do: 1) leave a child in an apartment without supervision; 2) show him how the window opens; 3) to keep young children in their arms at the open window; 4) move furniture to the windows that the child can climb onto the window sill: 5) keep the window open, even if it is tightened with an anti-mosquito net. Parents are reminded that you should not rely on its strength, you can only trust metal grids. In order to avoid accidents, the windows in the apartment where there are small children should be locked with locks inaccessible to children. In this regard, the police intend to suggest that window manufacturers update window opening mechanisms, and increase the load level for anti-mosquito nets. According to statistics, children under five years of age often fall out of the window, but the police recommends that for more adult children, the danger is that the open window is dangerous.

The same sore question – what to do with the window? – with the onset of the long-awaited heat is discussed in the parent chat rooms. Parents who survived a similar tragedy, it is painful and impossible to remember about it, but on the forum they are happy to remember the lucky ones whose children survived.

“Leray was 2 years old when she fell out of the window,” a baby-chat user writes about her family of friends. – She was lucky because she lives on the first floor. She was at home with her mother, as she managed to climb on the window sill, her parents never guessed. But she succeeded. She also fell out of the window, along with a mosquito net. She received a concussion of the brain and a fracture of the temporal bone, but the main thing is that she remained alive. Now they have blockers on the windows. ”

Those who are faced with misfortune firsthand, say that children fall out of modern plastic windows even more often than wooden ones: “Many models do not have latches, latches and window leaves and therefore open wide. The plastic windows usually have a mosquito net, which gives the children and parents a false impression of security and closure. And the mosquito net is the most insidious part of an open window. Children, having climbed on the window sill, always try to lean on her, but she does not support the weight of the child, and he falls out of the window along with the grid… “

Parents agree that sometimes they are not able to believe that their little ones are able to climb on the window sill and open the window on their own! But the window is always the most attractive for the child.

“All children love to look out the window, because there are so many interesting things,” writes one of the moms. – Closer to the year, the daughter learned to climb on the sofa, bed and coffee table and immediately became interested in the window sill. When she was two, she realized that you can substitute a stool to the window, climb on it – and then you will see what happens outside the window. Climbing up on the windowsill, she found a pen that was so interesting to twist… And then the window opens… Well, if at that moment there is an adult nearby. And if not?!”

“The little boy was a year and three when he first opened the window himself,” recalls another mother. – Opened and called me! I was shocked! It turns out that he saw me airing the room before going to bed and calmly repeated my actions! ”

Sometimes trouble can sneak through closed windows, as in the case of a 4-year-old resident of the village of Chistye Prudy of the Kirov region, who in September 2017, mother briefly left one at home. Running away behind the forgotten keys, Mom carefully locked all the windows and turned on his little son his favorite cartoon “Super Wings”. As soon as my mother left, the peanut put on her walking overalls and street shoes, opened the window without any problems – and stepped from the 13th floor! The boy was going to take off, as his favorite character did. This boy was also born in a shirt: he did not die from a blow to the ground, he was promptly taken to the hospital, where doctors diagnosed only a hip fracture. The boy’s mom and dad remember that “on the same day, they unscrewed all the pens on the windows at home and swore to each other that they would never leave their son alone.” Despite the happy ending,

Here are some ways to protect windows collected parents.

– Hang a chain at the top of the window, like on a door.

– Lock-lock with a key (mortise locks with a key, not interfering with the ventilation mode, but preventing the full opening of the window).

– Lock-lock with a button (prevents the opening of the window by more than 50 mm, turned on and off with the button).

– Window handles with keys (with a key, they can be fixed in the ventilation mode).

– Decorative wrapping (installed in a place inaccessible to the child and prevent the opening of the sash window).

Moms and dads of curious little noodles do not want to witness such grief even to enemies and remind each other: no matter how tricky the window lock, the main commandment of the baby’s safety is the parent next.

Russians want to leave without eggs