If anyone doubted that elite tennis players – like champions in any sport – reside on a different planet, they had only to follow the weird plotline that accompanied the progress of Novak Djokovic on the way to his 13th grand slam title and fourth at Wimbledon.

Surviving a fortnight that intimidated Andy Murray to the point of withdrawal before a ball was struck and was too much near the end for the Serb’s other old rivals, Roger Federer and Rafael Nadal, has reinvigorated his troubled soul to the point where he might well be favourite in the final major of the summer, at Flushing Meadows in late August.

Murray says he will play Washington, Ontario and Cincinnati before the US Open, the tournament from which he withdrew after the draw was made last year. Djokovic, who left last year’s Wimbledon the same day as the Scot, did not make it to the starting line in New York, either – leaving the stage for Kevin Anderson to reach the final against Nadal.

As Djokovic said after beating Anderson 6-2, 6-2, 7-6 (3) in Sunday’s Wimbledon final, “I really can’t see the future. I don’t know what’s going to happen. But I like to play on hard courts. The US Open was always a successful tournament for me. I didn’t play it last year because of injuries. I’m looking forward to go there and play my best and see where it takes me.” If the future is another country, the past is a little easier to understand.

The craziness of tennis that unfolded almost daily around the 2018 championships so suited the mind-set of Djokovic that his victory should not have been such a surprise. However much he downplayed his prospects, he suspected this might be his time. Again.

The past two weeks Djokovic’s rants at everyone around him and beyond – culminating in his “Shut the fuck up!” scream at Centre Court patrons in the third set – lifted him to another level. It all came together over the final three days: with a five-set win of the highest quality over Nadal in the semi-final on Friday night and Saturday afternoon; then victory over an exhausted Anderson in a final that soared, dipped and plateaued out in a tense finish.

Throughout it all Djokovic looked a lot like his old self. Briefly here and there he had the air of the king of 2011. Yet only a few months ago he wondered if he would ever again play tennis like that.

His split with Andre Agassi and reunion with his long-time coach, Marian Vajda, betrayed his confusion. Agassi had urged him for months to have surgery on his injured elbow. He had stubbornly refused and the American decided he had had enough.

“There were several moments where I was frustrated and questioning whether I could get back on the desired level or not,” Djokovic said. “I am grateful to go through these mixed emotions, moments of doubt and disappointment and frustration, anger.”

Sign up for The Recap, our weekly email roundup of editors’ picks.

He is not alone in fighting inner doubts. For modern players everything spins off their scientifically constructed planning, diets, recovery and health, from the gym to practice to the big stage. It all has to click or they are consumed by doubt. Injury and illness are the constants in their lives.

Before dancing briefly with the new women’s champion, Angelique Kerber, at the Champions Dinner at the Guild Hall in London on Sunday night, though, Djokovic was more upbeat about the state of his game – and his mind.

I want to thank my team, my wife, my whole family, everyone who has been supporting me, believing in me – and my coach for coming back to work with me. He is much more than a coach to me; I love him very much.” So removed from the tortured soul of only a few hours before, Djokovic added: “I always tried to believe in myself, to have that inner pep talk, even in the toughest moments when you are frustrated and recovering from injury and things are not really working out as well as you imagined. I had to learn in this process to be patient and to understand that things don’t come overnight. I had to learn to build myself from scratch, my game, my confidence levels. So this came just at the perfect time, I’m very proud of it.”

Mats Wilander, the seven-times slam champion who wrestled with his own problems towards the end of an illustrious career, told L’Equipe on Monday, “I cannot imagine that he could have won Wimbledon without the return to his box of all those familiar faces. That is the key for me. It is thanks to that that he is a bit calmer while refinding his machine-like style and killer instinct.

“And la chasse[the chase] is back on. The return of Djokovic to the top is very exciting.I am not saying that Roger or Rafa can do it but they are going to see a reason to continue to work to challenge Djokovic’s game.“At the US Open we will have the three best players in the world who will each start with a Grand Slam each: the Australian Open for Federer, Roland Garros for Nadal, Wimbledon for Djokovic. And in New York we are going to know who is the best in the world in 2018. For these players the feeling of being the best of the year prevails over the world No1 ranking.”

Right now there is only one “best”: Novak Djokovic. 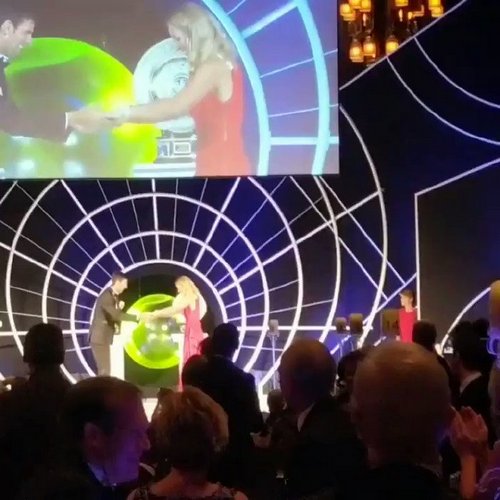 Meanwhile, at the Champions’ Dinner…

Roman Abramovich is as involved in Chelsea as ever, says chairman Bruce Buck