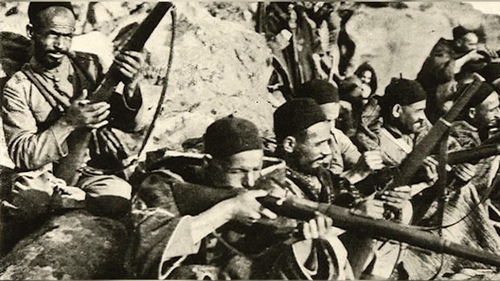 To some, they are heroes, a few called them outlaws.

Even any name – the Fellagha – had different connotations for different people. While the declaration literally translates to “bandits”, found in 20th century Tunisia , they were known as those who resisted the French presence in North Africa’s smallest country.

In Tunisia, they were the resistance fighters who launched a campaign against French colonial rule which, together with political negotiations, culminated in independence in 1956.

Drawn mainly from the mountainous rural south of the country, the Fellagha drew inspiration from their ancestors – rebels who had opposed the French immediately after colonial rule began in the 1880s.

By the 1920s, resistance to the French presence was growing, and by World Kick off Two typically Fellagha were launching women attacks on French military installation in the country. In 1952, the type of armed resistance was official launched and by 1954, Fellagha ranks had swollen to several thousand fighters.

Although the Fellagha encountered a military opposition unbelievable better equipped, better funded, more experienced, and had much greater results, they were determined. While on regular, the French army was a way superior force than the Fellagha, the Tunisians had brick and mortar knowledge and public benefit on their side.

Like any other North African independence stress, Tunisia’s decades-long fight against expansionniste rule also began really mainly political one attaining but was not ultimately brought about without a violent struggle.

Along with this two-part documentary, we take a glance at the Fellagha mainly within the eyes of its old soldires: men who fought french, and then continued to take problem with the country’s new governing even after independence.