I shot this last year at the annual horse race in the Tuvan Republic, in southern Siberia. All the young boys in the area take part, racing each other without saddles over 30 kilometres. The race usually takes place in August, when the weather has cooled down. But last year, it was changed to coincide with the national holiday in July. I shot this at about 10am and it was 45C. I found out later that several horses died that day from the heat.

Here, this horseman has broken away from the pack, but he wasn’t the frontrunner. The horses were racing on a track alongside a road. I don’t know exactly how many participants there were, but there were cars everywhere. Each family wants to drive next to their horse, everyone is beeping their horns, shouting. It is like a car race too, some slowing down, others speeding up, people overtaking on all sides. There’s some crazy driving, and so much dust in the air.

Cars were overtaking on all sides. I just hoped the photos would work out. I couldn’t really focus – you’re just trying not to have an accident

I tried to take pictures before they started, but nobody really wanted to speak with me then and everyone was really nervous. When the race began, I took some shots from the ground, but then I jumped into a car and just hoped the photos would work out. I couldn’t really focus on what I was doing – you’re just trying not to have an accident. There were maybe 40 to 50 cars, and they were all quite beat up. You could tell they’d had accidents before.

Afterwards, there was a huge party, right there, in the middle of the steppe. The horses were all beautifully dressed up and traditional Tuvan music was playing. The shaman had prayed the evening before for the spirits to be gentle. People come there to ask for healing.

In Soviet times, Tuvan culture was suppressed. The shaman masks and guardian spirits – little puppets, sculptures, stuffed animals – were destroyed, and the people who continued to follow their ancient religions and traditions were persecuted. Now there’s this big revival, a newfound sense of pride.

I grew up with Slavic fairytales about shamans and Baba Yaga. My mother is Russian and my grandfather was from Siberia. But I never really saw more of the country than Moscow, where I’d go to visit my grandmother in the summer. So last year I decided to go an exchange to Tomsk State University, in Siberia. I wanted to explore my roots.

My plan was to travel the length of the Yenisei river. I couldn’t get to the actual source, which is further south in neighbouring Mongolia and only accessible by private helicopter. So I travelled to Tuva. You drive through what feels like endless Siberian woods and forested landscapes, you traverse one last mountain and suddenly you emerge on to the steppe. It feels like you’ve entered another world.

People have gone there in search of freedom: adventurers, apostates, the Cossack riders pushing deeper and deeper into Siberia, criminals fleeing the Tsar. I met a man called Yuri who lived on a landfill. He told me if they chase him away, he’ll just find another landfill to live on. An ex-army officer I met, called Valentin, described himself as an anarchist ecologist. He sleeps outdoors, even when it’s -50C. This is one of the last remaining places where you can be removed from all western cultural influence, and live at one with nature.

People in Tuva are tough. I’m attracted to people who are shaped by their environment, who choose to live or work in extreme situations. I think this kind of life fosters a certain kind of character. Not everyone chooses to live here, though. Since the collapse of the Soviet Union, Tuva has become a place of great isolation, spiritual, physical and social.

One day I went to a village where mostly Tuvan people live. Two grandmothers came outside. Perhaps because of the way I was dressed, they thought I was American. “What the hell are you doing here?” they said. “It’s Friday today. Everyone just got paid. Everyone is drunk, on their horses. Get out of here, it’s too dangerous.” And right then, two very drunk guys rode up to us. Nothing happened. But the horse came to symbolise for me this dualism – the quest for freedom and the pervasive isolation.

• Nanna Heitmann is the winner of 2019’s Leica Oskar Barnack newcomer award for her series Hiding From Baba Yaga.

Let them eat the city, say the urban farmers of Paris 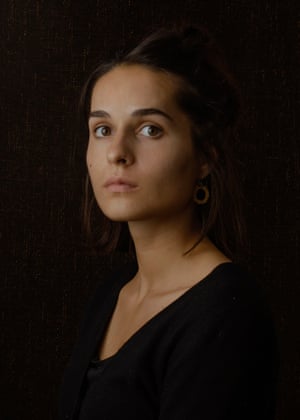 High point: “Every time I go out to photograph, to dive into other people’s worlds. Also, becoming a Magnum nominee – I have admired their photographers since I was a child.”

Low point: “Questioning my work, and dealing with the emails and bureaucracy that keep me from making work.”

Top tip: “Be empathic with the people you photograph.”

Controlling wild horses in US will take $5b, 15 years