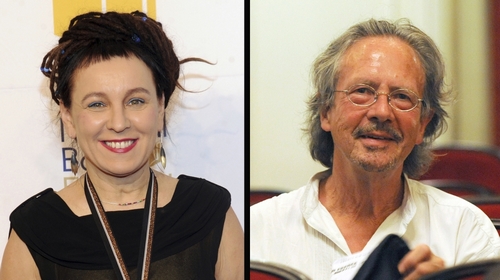 Tokarczuk was named the winner of last year’s prize, while the 2019 award went to Handke.

Mats Malm, permanent secretary of the Swedish Academy, announced the recipients at a news conference in the capital, Stockholm, on Thursday.

Handke received the news at home, while Tokarczuk was driving in Germany, where she is on a book tour, when she got the call, Malm said.

Tokarczuk, 57, and, Handke, 76, will each receive an award of nine million kroner ($908,000) and a gold medallion on December 10 at a ceremony in Stockholm. Both are expected to attend.

The academy praised Tokarczuk for “a narrative imagination that with encyclopedic passion represents the crossing of boundaries as a form of life”.

Born in Sulechow in western Poland, she is considered one of the major figures in international literature as translation has brought her work to a wider readership.

In 2018, she won the Man Booker International Prize for her novel Flights, becoming the first Polish author to do so.

She “never views reality as something stable or everlasting. She constructs her novels in tension between cultural opposites; nature verses culture, reason versus madness, male verses female, home verses alienation”, the Academy said.

Her novel The Books of Jacob, a historical tale centred on the controversial Polish author and religious leader Jacob Frank has been hailed as her masterwork. It is in the process of being translated into English and several other languages.

Handke, a novelist, playwright, poet and essayist, was awarded the prize for “an influential work that with linguistic ingenuity has explored the periphery and the specificity of human experience”, the Academy said.

He first came to public attention with his 1966 play Offending the Audience in which four actors discuss the nature of theatre for an hour, insulting and praising the audience alternately.

In his novels, Handke focuses on characters in extreme states of mind, the best-known being The Goalie’s Anxiety at the Penalty Kick, which follows a former footballer who waits for his arrest after committing a senseless murder.

A controversial figure, Handke’s politics threatened to overshadow his work in 2006, when he publicly supported former Yugoslavian President Slobodan Milosevic, who died that year while on trial for genocide and war crimes.

Handke spoke at Milosevic’s funeral and refused the prestigious 2006 Heinrich Heine Prize before it was to be revoked from him.

The son of a Carinthian Slovene mother, Handke was born in Soviet-occupied East Berlin, before the pair resettled in southern Austrian town of Griffen.

The naming of at least one woman literature laureate was widely expected after the Swedish Academy, which chooses the winner, was thrown into crisis in November 2017 after 18 women came forward with accusations of sexual assault against then-member Katarina Frostenson’s husband.

Jean-Claude Arnault is now serving a prison sentence for rape. He was also accused of leaking the names of several prize winners.

The scandal caused severe damage to the 233-year-old Academy, exposing conflicts of interests and a culture of silence and harassment. Seven of its 18 members resigned after a rare intervention by Sweden’s King Carl XVI Gustaf allowed them to do so.

The Academy has been at pains to restore its reputation ever since, introducing changes such as appointing new “external” members to help select the laureates, however, the Nobel Foundation has said more needs to be done to improve transparency.

Founded in 1901 from a fund left by the dynamite inventor and industrialist Alfred Nobel, the literature prize honours a living writer who has written “the most outstanding work in an ideal direction”, according to Nobel’s will.

It has been awarded 112 times to winners including British-Japanese novelist Kazuo Ishiguro, Chilean poet Pablo Neruda and – controversially – the US musician Bob Dylan.

The prize is among six awarded to luminaries in the fields of chemistry, physics, peace, medicine and economic sciences.

On Monday, William G Kaelin Jr, Sir Peter J Ratcliffe and Gregg L Semenza scooped the medicine prize for their discoveries in how cells sense and adapt to oxygen availability.

The prize for physics went to James Peebles, Michael Mayor and Didier Queloz for their work in astrophysics, while John B Goodenough, M Stanley Whittingham and Akira Yoshino claimed the chemistry prize for their development of lithium-ion batteries.

Friday will see the recipient of the highly-anticipated peace prize named, with bookmakers placing Swedish teenage climate activist Greta Thunberg as a firm favourite to win. The recipient of the economics gong will be revealed on Monday, October 14. 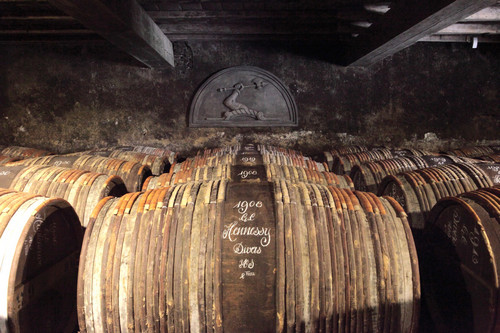 10 Reasons Why Waffle House Is An Iconic Southern Restaurant