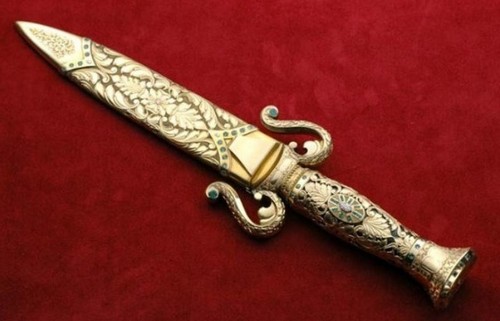 The most expensive utility knives.

In the view of most of us a knife is one of those things that is purely utilitarian. Actually it is not so. Even a table or a pocket knife can be a luxury. It can also be a real work of art, if his creation had a hand in efforts to bring excellent in every aspect of life. 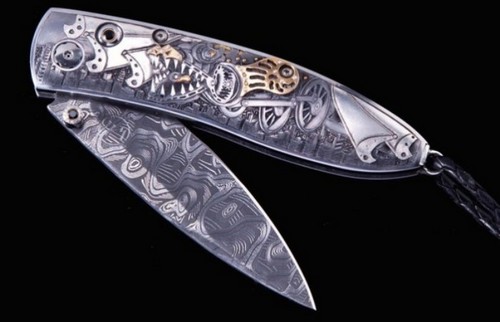 This luxurious pocket knife appeared through the efforts of such renowned masters as William Henry, mark Jost and Mike Morris. Tool handle is adorned with silver, gold and copper. The blade is made of Damascus steel. This unique, one-of-a-kind knife is not lost and application functions. Cuts it all well. This cost more than 19 thousand dollars. 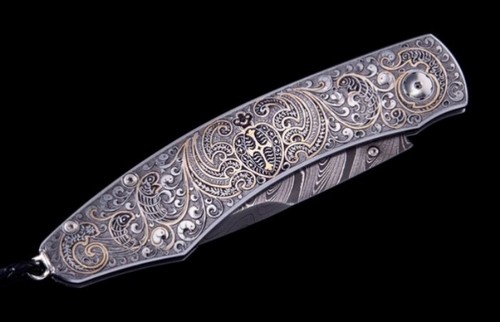 A pocket knife can be so.

Another exclusive job from the master of knives by William Henry. He also has a blade of Damascus steel and an ornate handle. Each element of this intricate instrument made by a master hand. Especially hard he was given to create lace patterns that identified the name of the model.

This would let to the kitchen.

But this kitchen knife was made by master Cantina Nel and Hoffman by Pieper. Included with the knife was also not less luxurious diamond ring and a special case. From Nesmuk traditional, seasoned by centuries of form. The knife itself is studded with diamonds. Despite its pretentiousness, this tool meets all the requirements of a utilitarian kitchen knife. Incredibly comfortable and sharp he is waiting for the worthy hands of the chief cook! It should be almost 40 thousand dollars. 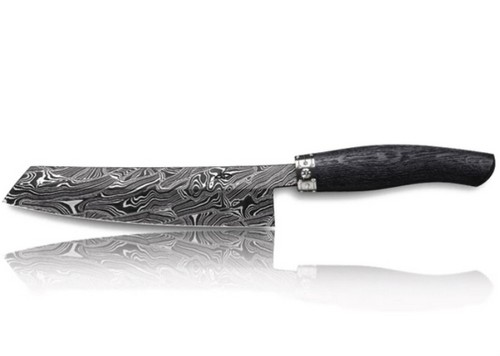 Tool for the best cook.

Another knife from the same masters. The tool has become more vivid and more natural. According to some, is Nesmuk Jahrhundert more than 100 thousand dollars. The knife blade is made of 640 layers of Damascus steel. Do I need something else to talk about his qualities as a tool? The lever is made of oak. Platinum bezel set with diamonds.

5. Pearl Of The Orient 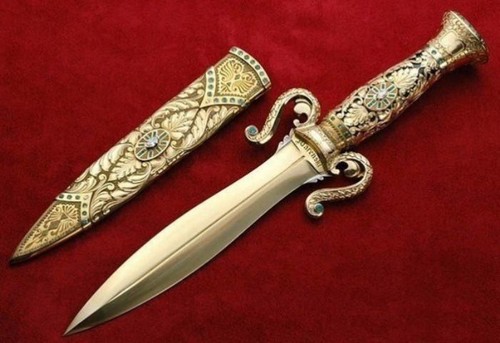 It’s not a dagger.

Hard to believe, but it is also a kitchen knife. It costs 2.1 million dollars and to date remains the most expensive knife on the planet. Made his American contemporary master Buster Varinski. The creation of only one arm “Pearls” Buster has spent almost 20 years of hard work.

Interested in good blades? Then look at pocket knives with a great opening mechanism, which will force open a mouth from surprise.