Making vector graphics for a video? Here’s an 8-point checklist to make sure your elements are usable for both graphic and motion design.

Motion designers using After Effects rely on graphic designers to provide art elements, which they then turn into animated elements in videos. Although Illustrator and After Effects are somewhat related – under the Adobe umbrella – much of the functionality in Illustrator does not translate to After Effects. The programs are fundamentally different.

Illustrator is for creating vector art on a static plane, like a canvas, while After Effects is for animating objects over video frames, along a timeline – like a stage. This timeline – and the way the program affects certain objects with events – is why many common techniques inherent to design files cause problems when you import the art to After Effects.

I invited two industry professionals to help compile this list based on their experience. Todd Blankenship and Andy LaViolette, both of Shutterstock, have about a thousand years of experience between them using vector art in After Effects. In turn, I took those points and translated them for the graphic designer, so you’re in good hands.

We’ll cover the main areas of concern as a checklist, including how to make sure your files are motion-safe and ready to go.

We’ll start with file setup basics. Color space is incredibly important. Motion Design only works in RGB. That’s it. If you create your file in CMYK and either don’t notice until you’re done, or send the CMYK file to a motion designer, things could be disastrous and necessitate a total redesign.

For the designer, correcting the color space could mean totally redoing some effects, correcting color mixes that don’t translate across color spaces, and starting over.

For the person working in After Effects, the file simply won’t work at all. Motion design is done in the RGB color space, for screens. The work can’t begin until the file is set to RGB.

When making vector art in Illustrator for motion design, send.AI files. This was a surprise to me. I assumed that the universal.EPS would be ideal, but those come in as flat art, which means much more work in After Effects. But it makes sense, as these are Adobe programs, and EPS is universal. The.AI gives much more control, includes native communication of attributes, and translates all information.

If the motion designer wants to use the pieces and parts of a vector element, they must break it down into layers separately. Additionally, the artboard comes in as a non-removable background. The workaround for that is to treat it like a green-screen to make it invisible, which never looks perfect and is just an unideal way to work with professional files. You should avoid workarounds whenever possible.

You can easily save an.EPS file as an.AI file with little to no corrections, but you should aim to submit the correct files up front.

When you’re sending a complex vector file to a motion designer, it’s crucial to ensure they don’t have to figure out which pieces of art go where.

According to LaViolette, “The most important thing to us is having layers, vectors where possible, and a logical layer-naming structure.” That simply means grouping major components into a single layer, which you then name descriptively so someone else can identify it. This is good praxis for every project. You never know when a co-worker will need to pick up your project to make a change while you’re out of office.

The same is true for sending files for motion graphics: you want other people to be able to work with your files because, while there is no reason to make it harder for others, you organize yourself when you organize your own files. Consider it a wholistic part of your quest for Design Zen.

LaViolette goes on to say that, “Several layers in AI of the compound paths can be messy and confusing when looking through a project file; flatten or consolidate those layers to avoid errors in transferring the artwork.” Cleaning up your complex shapes is as easy as working in the Pathfinder window. Instead of a bunch of separate little shapes stacked on top of each other for a single, more complex shape, unite them all to reduce the total number of paths.

In summary, reduce the number of layers, reduce the disparate parts by consolidating, and name your layers descriptively.

Artboards are great for graphic design – they’re a great way to keep many designs in one central file. They contain multiple iterations and design variations in one file. They host multiple versions of ads on their respective boards, in one file, which layout programs can read. All good stuff for the graphic designer.

Do not send files with Artboards to a motion designer. They simply don’t work. If you begin work in a file with multiple Artboards, you’ll need to separate them into their own files before submitting them for use in After Effects.

This section is fairly easy, and if you keep the preceding rules in mind, it usually takes care of itself. The main points of using typography are as follows:

Text is editable only in the.AI file, so if you’re handing off work that includes any text other than concrete branding like a company or program name, it’s a good idea to leave it as Live Text and provide the fonts.

6. Clean up Your Files

When you’re first generating ideas and playing around with options, be as messy as you want. In fact, in the idea generation stage, messy is great. Flail vectors about like spaghetti – do whatever it takes to find the perfect iteration of your design vision.

However, when you send a file to someone else, it needs to be refined, clean, and free of all random or unused vectors. Send only the pertinent artwork for use in that project. When you have discarded or forgotten shapes or abandoned vector points scattered across the canvas, they come into After Effects as separate layers, which the motion designer will have to find and delete manually.

An easy way to make sure you’re not sending distracting scraps you can’t see is to Unlock all objects and layers, Select All, and make sure the Bounding Box goes no further than your actual artwork. If it does, just select the “extra” and delete. This will get rid of stray vector points and abandoned text boxes, which are way more common than you might think. 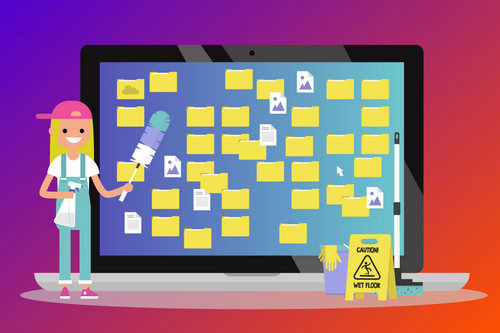 If you’re using any blur or grain effects in Illustrator, keep in mind these effects are available in After Effects. Some sort of work, but it’s best to just commit them to the file in a way that will read accurately outside of Illustrator.

Do this by selecting the vector art that uses an effect, go to Object in the main menu at the top of the window, and select Expand Appearance. This will change the effect from a temporary preview to a permanent component of the art, rendered in a readable way for After Effects. 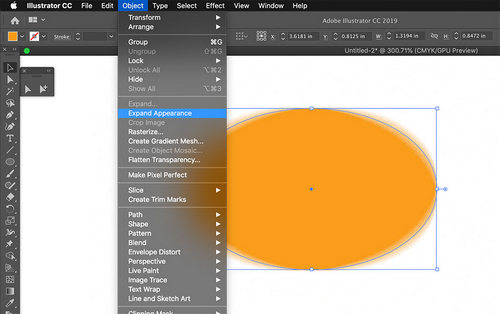 Finally, make sure your artwork submission includes everything necessary for the artwork to seamlessly transition to the motion designer. If you’re using straight vector art, there is little need. But if you’re using text or linked files, they won’t be available unless you package them to send with the actual art file.

To package a file, save the file, then go to File > Package. A window comes up with some simple choices. Make your picks, and voilà!

Here are some guidelines for Packaging InDesign files, but the general concepts and further steps for compressing and sending apply to Illustrator as well.

So, with a little planning and some cleanup, you can be the apple of a motion designer’s eye. This extra work isn’t just a favor to someone else – it ensures that you do the work correctly. It saves time and resources on both ends, too. You don’t want to have to re-do anything that you considered finished. Clean, refined, efficient file practice is a universal virtue. 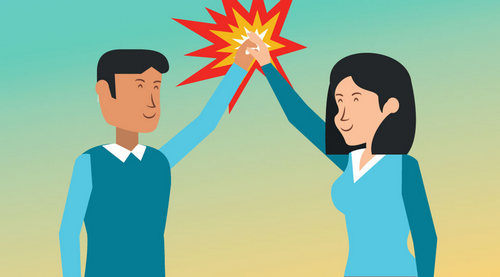 Create a Flat Vector Illustration of Your Pets in Illustrator

Headphones for hardcore music fans and lovers of the “hotter”

One thought on “How to Prep, and Send Vector Files, to a Motion Designer”