Sometimes change is the right answer, but that doesn’t mean it’s easy. Here’s what customers expect when you reinvent your brand’s image.

At the end of 2018, when Instagram “accidentally” unveiled its horizontal scrolling feature, you would have thought the world had ended. A chorus of WTFs rang out from around the world. A BuzzFeed editor tweeted: “Instagram: If It Ain’t Broke, Break It.” Even Hot Pockets – yes, the pizza snack purveyors – warned people not to update their Instagram apps.

The feature was quickly dismantled, with head of Instagram, Adam Mosseri, apologizing for a “test” that was released a little too widely.

Even so, people were traumatized by the change – just as they hated Facebook’s countless newsfeed changes, Uber’s 2016 and 2018 logo redesigns, and Snapchat’s reworking, which allegedly caused the social platform to lose three million users in one fell swoop. People even reviled the Slack logo update, despite Slack writing a detailed and earnest explanation on its decision to do this.

“It was 11 different colors-and if placed on any color other than white, or at the wrong angle (instead of the precisely prescribed 18º rotation), or with the colors tweaked wrong, it looked terrible. It pained us… Simply awful,” the company pleaded.

Why are people so averse to change? As it turns out, our level of aversion inversely correlates to how dedicated we are to the brand. In short, the more we love the company and its products, the more we hate its redesigns.

That’s among the chief findings involved in a pair of research studies out of West Virginia, Rice, and Penn State universities. Though the studies date from 2010 and 2011, they’re still highly relevant today.

“It is important for companies to refresh their logos, but the process of doing so must be carefully managed,” said Vikas Mittal, one of the researchers, in the Rice University news release. “Our research shows that companies need to carefully consult customers…to ensure that customers feel they have been heard in the redesign and repositioning process. That will ensure that highly committed customers – who are also often the heaviest consumers of the brand – feel connected to the brand.”

Even if you do everything right, there’s no guarantee customers will love your rebrand. That said, the way to mitigate the backlash is by asking yourself: Do you really need to do a redesign?

What a Redesign Signals to Customers

When Tropicana changed its logo, a decade ago, sales immediately dropped by 20 percent. It ultimately led the juice company to ditch its $35-million rebrand, reverting back to its classic packaging.

Entrepreneur notes that Tropicana appeared to be motivated by aesthetics alone. It wanted a different design merely to shake things up, even if its tried-and-true product remained the same.

Tropicana had neglected to recognize that redesigns often signal to customers that something is changing about the company or, more importantly, the product.

Dennis Ryan, a branding veteran based in Chicago, has previously eschewed the idea that the sales drop was due to a lack of recognition. “Tropicana has something like eight feet in the refrigerated section. People recognized it. They didn’t trust [the new logo].”

The Tropicana snafu teaches us a valuable lesson. Ultimately, customers like constants in a world that is constantly changing, and dread the re-familiarization exercise that rebrands demand.

Jared Spool, a usability expert, expanded on that idea in a blog post by arguing that people actually love change but hate redesigns because it makes them feel dumb.

“When the change happens, often the benefits aren’t clear or obvious,” he explained. “Even when they are, the team hasn’t made it clear why the user has to learn how to do everything over again. Sure, there’s new stuff, but was it worth all the hassle of the learning to do the same things a different way?”

There are definitely times when a rebrand is appropriate. If your company is making substantial changes, this may be an excellent time to refresh design elements.

Take Uber, for example. After a turbulent shift in leadership in 2017 and rampant speculation over whether it was going public, the company unveiled its second logo redesign in as many years. “We’re seeing what Uber looks like, if it’s not built upon the iconography of Silicon Valley bravado, but a new set of ideals: safety, accessibility, and global ambitions,” wrote Fast Company.

The logo didn’t go over well at first. However, it signaled an important change in the company. Fast Company also noted that the rebrand was important to the company’s expansion plans, particularly in Asia. If Rice University researcher Mittal et al’s second paper on angular logos vs. rounded shapes is any indication, Uber’s friendlier font and rounded elements were a direct play for this market.

“Research in aesthetics shows that interdependent cultures prefer rounded shapes, as they represent harmony, which is consistent with an interdependent view of the world,” he told a Canadian newspaper. (He originally said it in the context of the controversial 2011 mermaid-only Starbucks redesign.)

Whether a company is making a play for a new market, introducing a new product, or simply looking to shake things up, transparency is key to a successful redesign.

SOME PERSONAL NEWS: Starting today there’s a new logo animation before our originals. It shows the spectrum of stories, languages, fans, & creators that make Netflix beautiful – now on a velvety background to better set the mood.

And before you ask: no, the sound isn’t changing pic.twitter.com/itwYXRe6ZF

Netflix recently unveiled a new logo animation for its Netflix Originals productions, and it went over reasonably well. “It shows the spectrum of stories, languages, fans, and creators that make Netflix beautiful – now on a velvety background to better set the mood. And before you ask: No, the sound isn’t changing,” the company explained on Twitter. The streaming service also recently adopted a custom font, which they reasoned would save millions of dollars.

Both times, the company clearly explained the changes, offering users rational explanations behind this decision.

This speaks to a universal truth about redesigns. At the end of the day, most logo redesigns – and even total rebrands – won’t irrevocably change customers’ experiences with your products. Customers just want to understand the motivation for a redesign, and receive clear step-by-step explanations on how to use new features. They also want a dedicated feedback channel and the knowledge their opinions matter.

Now that’s a redesign approach nearly everyone can get behind.

How Animators Turned a Comic Book World into the “Spider-Verse” 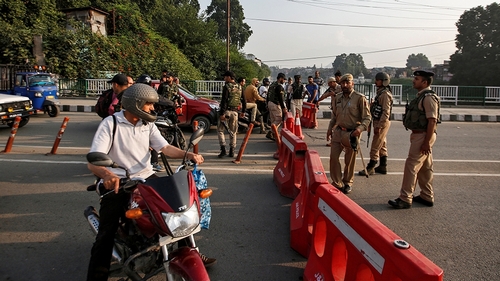 Ideas for your home: 20 ideas how to make old wine barrels into furniture for the home and garden

QI trivia from 2017 that you may have missed