Alexis Sanchez and Chile will have to watch the World Cup from home after being dumped out of South American qualifying on a night of high drama.

With all eyes on Lionel Messi and Argentina, who faced the real prospect of missing out on the tournament but ultimately made it through after coming from behind to beat Ecuador, Paulinho and Gabriel Jesus struck for a Brazil side long assured of their place to ensure Chile were the major casualties as they missed out on a play-off on goal difference as they were pipped by Peru.

The Barcelona, who returned to European football from China this summer, celebrates after putting his side ahead

Chile could find no answer as they desperately searched for a route to Russia, with Bravo sent up in search of a goal, but as play broke down Brazil cleared to Jesus who beat the Chilean goalkeeper in a foot race to find an empty net.

The back-to-back Copa America winners sunk to their knees and lay flat out on the turf at the final whistle, with the team ranked ninth in the world facing up to the prospect of having to watch next summer’s football festival from home.

The hosts had the better of the opening exchanges in Sao Paulo and spent the majority of the half on the front foot, but only really tested Claudio Bravo i
n the Chile goal when Neymar scrambled through and forced the Manchester City goalkeeper to get down well to save at his near post.

Lionel Messi’s first-half rescue act for Argentina, which saw the Barcelona man strike twice to turn things around and give them the lead in Ecuador after conceding early, left Chile in a precarious position as they slipped to fourth, knowing falling behind would see them down to fifth and facing the prospect of a play-off against New Zealand.

Dani Alvez, who joined Paris Saint-Germain from Juventus in the summer, is chased by Arsenal’s Alexis Sanchez

Brazil’s Paulinho fights for the ball with Chile’s Gonzalo Jara, formerly of West Bromwich Albion of the Premier League

But they stood firm heading into half-time and managed some late pressure on the Brazil back-line without ever forcing Ederson into action in the Brazil goal.

Chile, though were in serious trouble as the hour mark approached, with Brazil scoring twice to cast major doubts over their place in Russia. First, Paulinho profited after Claudio Bravo spilled a Dani Alves free-kick into his path, before Gabriel Jesus found an open goal when slotted in by Neymar just minutes later.

As it stood Chile were missing out completely, but the picture changed again when Colombia took the lead against Peru, which saw Sanchez and Co jump back into the play-off place.

That place was again lost with 10 minutes to play as Peru grabbed an equaliser against Colombia and, with Chile desperately looking for a leveler, Jesus slotted the second as he beat Bravo in a foot race after the visiting goalkeeper had been sent forward for a corner.

How to Use Film Grains, 5 FREE Film Grain Overlays 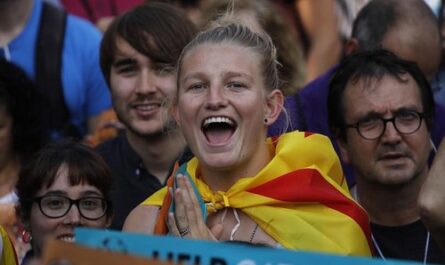