They had recently defended their raunchy stage ensembles, after finding themselves being accused of being ‘too provocative’.

And defying their critics once again, Little Mix proved their love affair with barely-there ensembles won’t be changing any time soon, as they took to the stage in Aberdeen on Monday night to kick off their Glory Days tour.

The girls looked sensational as they slipped into a number of costumes, including a PVC-themed look, complete with studs and chains, that left VERY little to the imagination.

Little Mix – made up of Jade Thirlwall, 24, Perrie Edwards, 24, Leigh-Anne Pinnock, 25, and Jesy Nelson, 26 – have been forced to defend their racy stage costumes in the past, after finding themselves criticised by parents and some of their fellow pop stars. 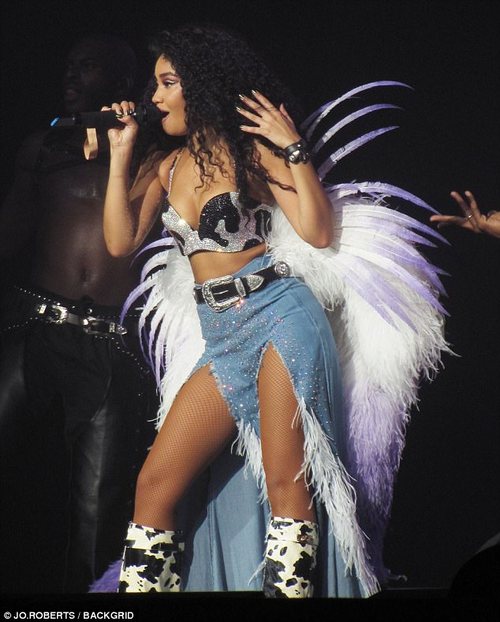 Last year, their performance on The X Factor live shows had caused controversy, as many accused the girls of dressing ‘too sexily’, with some claiming they were ‘sick’ of seeing the girlband in their ‘underwear’.

Former Spice Girl Mel C was quick to share her thoughts, following their appearance on the show that shot them to stardom in 2011, and claimed it was a ‘shame’ to see Little Mix dressing ‘more provocatively’.

However, hitting back at their critics, Little Mix stand by their scanty attire, with Jade telling MailOnline: ‘I don’t think we’re sexing ourselves up. We’re sweating our t**s off on stage and we want to wear leotards!

‘It’s comfortable to dance in and we’re doing an hour and a half set, we’re not going to come on to the stage in a tracksuit – it’s just not practical.’

Stressing that their outfits are purely stage costumes, she added: ‘It’s because we’re performing. We’re not going to walk down the street in a leotard, are we?!’

Agreeing with her pal, Perrie added that the four-piece have not been put off donning their racy ensembles, despite the comments that have been made.

Firm believers in being comfortable in your own skin, the girls are keen to promote body confidence among their following, but weren’t afraid to confess that they still have some insecurities themselves when it comes to their appearance.

‘We’ve all been through a stage where we don’t like things about ourselves,’ Leigh-Anne admitted. ‘And if I’m honest, it still happens now. We still pick ourselves apart.

‘The difference is we’ve really learnt to love the skin that we’re in because we’re all made this way and we’re all different for a reason.

‘We’re a really good support for each other too and we always really compliment each other.’

Faced with not just their critics but social media trolls too, the girls insist that they have formed a ‘hard skin’ over the years, but claimed they do feel added pressure when it comes to their appearance, given that they are in the public eye.

‘I think it’s difficult for all women in the industry, just because you are constantly scrutinised to look your best,’ Jade claimed. 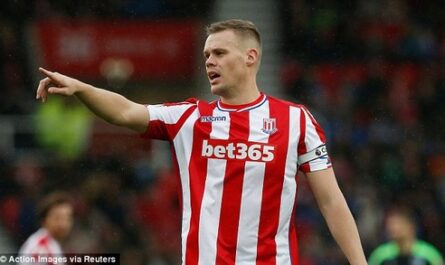 Why attempts to unseat ‘the squad’ are likely to fail