His face contorted with rage, the supporter tried to attack Lyon goalkeeper Anthony Lopes after Everton captain Ashley Williams had pushed the player into the advertising hoardings at Goodison Park.

An Everton fan carrying a toddler in his arms slapped an opposition goalkeeper on his head as an ugly mass brawl between players spilled into the crowd during a Europa League match last night.

In shocking scenes broadcast to millions of viewers, the man left his seat carrying the child and surged towards the melee before lashing out.

An Everton fan (outstretched arm, left) who was holding a child got himself involved in a mass mid-match brawl on Thursday 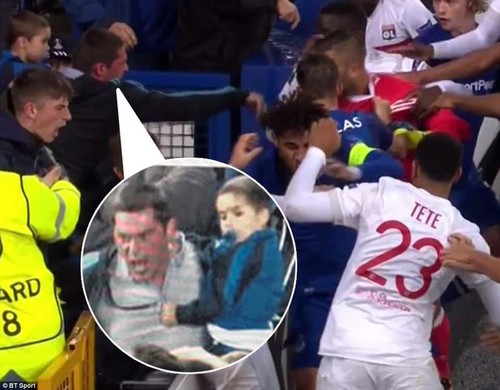 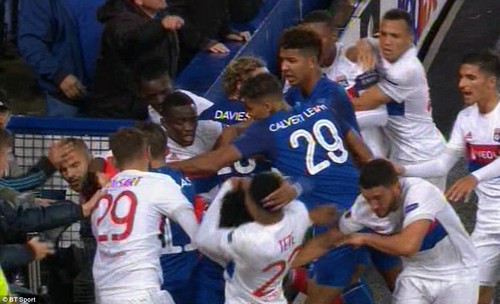 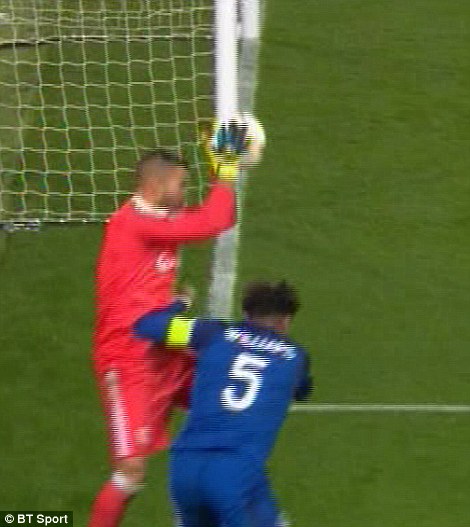 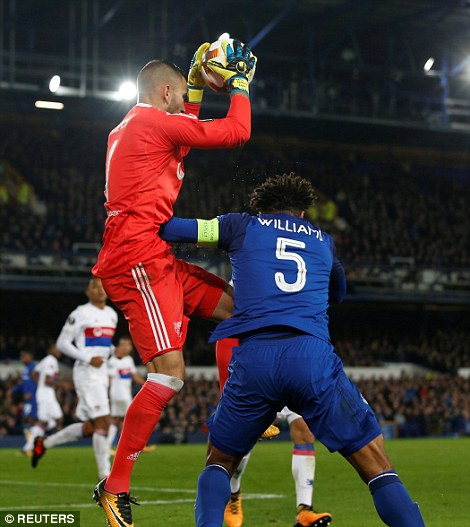 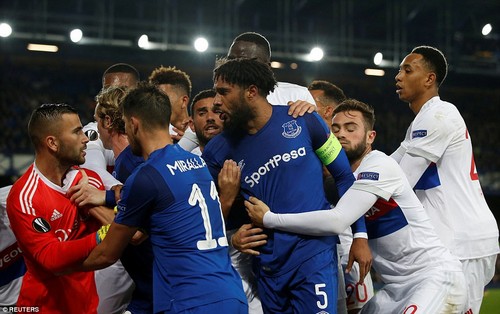 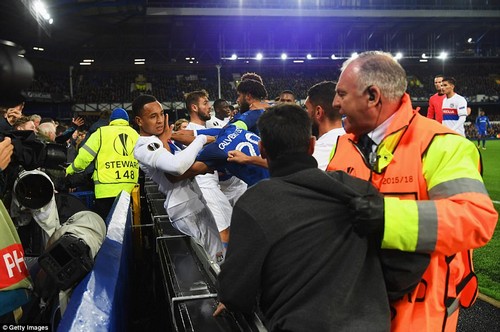 He was carrying a child in his arms who looked to be around two or three years old and appeared to be wearing a dummy.

It was unclear this morning whether the police had been involved following the ugly scenes.

Everton captain Williams was involved in the ensuing brawl among the players in front of a packed Everton crowd. The incident occurred midway through the second half when the score was 1-0 to the visitors.

UEFA are sure to examine the incident and Everton will be bracing themselves for sanctions.

Williams sought to play down the incident after the game. ‘It’s what happens, it’s football. It is what it is,’ he told BT Sport 2.

Lopes later retorted: ‘I don’t think it’s part of the English atmosphere to hit an away player but it was like that.’

Lyon forward Bertrand Traore was shown a yellow card after confronting the fan who struck his team-mate.

Traore told L’Equipe: ‘In these heated moments, like the fight, we have to help each other, stay as a team. That’s what I tried to do. There’s a supporter who puts a blow to Anthony Lopes. It’s not normal. I defended him.’

Lyon expressed their disapproval at Williams via their English language Twitter account, posting a photo of the Welshman throwing a punch at Tousart along with the caption: ‘Is this football?’

The match finished 2-1 to Lyon. 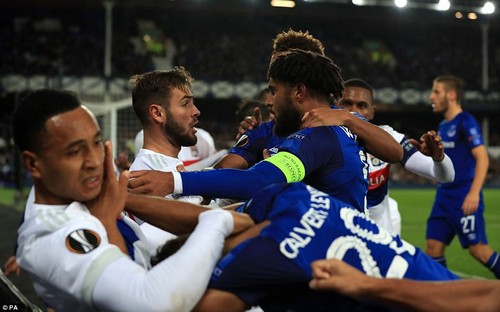 But furious Toffees captain Williams was not done there. He fronted up to Lyon midfielder Lucas Tousart (second left)

Lyon used their English language Twitter account to express their disapproval at Williams, asking: ‘Is this football?’

After the match, Williams played down his fight, saying: ‘It’s football and stuff happens. It was one of them things I suppose’ 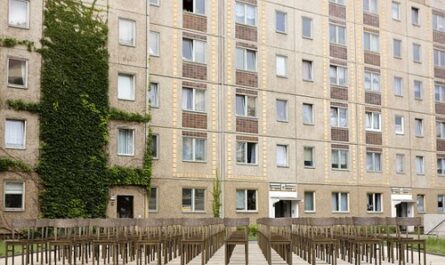