The way women are portrayed in modern advertisements and media is changing at a rapid pace. Step into the future of gender and learn how brands are embracing a new definition of femininity.

Last year, New York’s Museum at the Fashion Institute of Technology opened an exhibit called The Body: Fashion and Physique that explored the evolution of the optimal “fashion body” from the nineteenth century to today. It should come as no surprise that what used to be desirable isn’t quite so popular today. Over the years, curves have given way to boyish “Twiggy” bodies, Barbie doll shapes, and, more recently, bigger backsides, but the message from the fashion world largely remains the same: Whether you’re using a corset, a bustle, or Spanx, strive for a shape that’s not your own.

Hourglass figures, coiffed hair, smooth skin, and demure attitudes. These hallmarks of femininity – as portrayed by designers and also the media – have long left something to be desired. There are some obvious problems with the notion of a single feminine beauty ideal. For one thing, it’s severely restrictive in its scope. It’s also unrealistic for the majority of the population, and even dangerous for impressionable young women and girls.

What’s more, the long-standing definition of femininity excludes individuals who don’t fit traditional gender norms. A recent study of young Americans found that three percent are transgender or gender nonconforming. Diverse gender identities are “more prevalent than people would expect,” USA Today reports. Yet, these teens don’t often encounter imagery they can relate to in media content or ads. According to Julia T. Wood, a professor of communications at The University of North Carolina at Chapel Hill and author of the essay “Gendered Media: The Influence of Media on Views of Gender,” “Because media pervade our lives, the ways they misrepresent genders may distort how we see ourselves and what we perceive as normal and desirable for men and women.”

At long last, limited beauty and body standards and a single idea of femininity is starting to change. Contemporary women are increasingly embracing themselves as they are. And, more and more brands are celebrating the pride and confidence they exude. “When Mattel announced a few years ago that Barbie was getting a makeover – with different body types and skin tones that were more diverse – it was pretty clear that a shift in mainstream branding was here,” says Denise Blasevick, co-founder and CEO of full-service marketing agency The S3 Agency. “As a society, I believe we are recognizing that the idealistic fashion-model form is not only difficult for many women to achieve, but it’s one that many women don’t want to achieve.”

Rather than trying to conform to narrow feminine ideals, many women are now choosing to highlight what sets them apart. They’re defending their right to live life on their terms, from their gender presentation and sexual orientation to their religious beliefs and style of dress. And while many companies still present outdated social constructs of beauty and gender, those taking a more inclusive approach are having a positive impact on “femininity” and earning praise from consumers.

In the wake of the first Women’s March in 2017, and in the midst of the #MeToo movement that’s calling global attention to sexual harassment and assault, gender equality is top of mind for everyone. That includes Gucci, which recently refreshed its long-running Chime for Change campaign.

Designed to support organizations like Equality Now, Global Fund for Women, Ms. Foundation for Women, UN Women, Vital Voices, and Women Deliver, Chime for Change highlights different takes on femininity as expressed by trans and non-binary individuals among others – and features illustrations that blur the lines between traditional male and female imagery. “We believe that connection empowers us,” Gucci wrote on Instagram. “That every voice matters. That each one of us is needed to achieve change. We believe we can do extraordinary things when we gather together.”

Just three years old, New Jersey-based online fashion retailer Rebdolls is redefining what it means to be a plus-size woman through its clothing and content marketing. Founded by Dominican Republic-born plus-size model Griselangel Paula, the brand’s mission is to provide “unapologetic fashion to women sizes 0 to 32.”

“In the ’90s it was impossible to find clothes that cater to bigger body types and still make you feel beautiful,” explains Alejandra Delcastillo, social media marketing manager with Rebdolls. “Now we’re getting DMs from moms saying they haven’t felt this pretty in forever.”

Rebdolls not only makes a conscious effort to produce great-looking clothing, but also to feature real women in real-world situations. Additionally, unrealistic beauty standards, courtesy of photoshopping, have no place at this company. The photos Delcastillo posts on the Rebdolls blog and social media accounts are a mix of honest professional shots, unedited user-generated content, and women who respond to open calls for non-models. “Some plus women feel they need to have a certain type of body, like a small waist and big thighs, but my goal is to show actual women. This is who we are, and this is what you get,” Delcastillo says. “You can be a regular girl and still get involved in our community.”

The brand collaborates with professional models, like plus-size blogger and body positivity advocate Essie Golden. To promote the authenticity and inclusion on which Rebdolls is built, Delcastillo accepts all manner of UGC, too. “As long as you can see the outfit and the photo isn’t blurry, I try to accept everything regardless of quality,” she says.

Visit Everlane’s website, and you’ll find an open letter expressing the brand’s belief that nobody’s perfect, that there’s more to femininity than padded bras and lace, and that for Everlane, the traditional approach to designing underwear is strictly in the past.

“Who decided that frills make me feminine… or that my body needs to be shaped? We’re done with the bullshit,” the company’s campaign video says. “It’s time for confidence, it’s time for comfort, it’s time to love your underwear.”

This mantra extends to the brand’s other products as well. On Instagram, Everlane has featured personalities like Arab-American blogger and podcaster Noor wearing a hijab, and Korea-born artist Maia Ruth Lee, along with a variety of body types. In other words, the company makes an effort to accurately represent its broad and varied customer base.

Don’t think of this strategy as a short-lived craze. “Inclusion is not a fad,” says Ian Wishingrad, founder and creative director of marketing and advertising agency BigEyedWish. “[Brands] are heading in this direction because the old approach reeks of inauthentic, dated beauty. Going in a totally new direction has stopping power and helps you own a voice, not sound like everyone else.”

As a female-focused razor brand, Billie is challenging old marketing norms by portraying women exactly as they are: hairy. “Historically, razor brands have wanted women to think the best version of themselves is hairless,” says Hannah Butman, the company’s brand marketing manager. “Many female razor brands talk to women in cliches, call them ‘goddesses’ for shaving, and have ignored female body hair by always showing glossy, hairless legs in their ads.” To the team at Billie, this felt like “an archaic way of communicating with women.” Its solution? Billie is using photography and video content to make body hair less “taboo,” and reinforcing that shaving isn’t an obligation but rather a choice.

Enter Project Body Hair, a “celebration of female body hair… wherever it is or isn’t.” According to Butman, the nine-month old campaign is actively encouraging “the dissolution of the unrealistic, one-dimensional depictions of women in the category.” The brand’s short film has generated 22 million views across social media. Butman also reports the campaign has been covered in 22 countries and generated hundreds of thousands of positive comments. “It was incredible to watch the film go viral, and it’s been even more rewarding to see it start an industry trend and forever change the way women are portrayed in advertising,” Butman says.

As reported by Adweek, the brand also makes a point of casting models with health conditions like the chronic skin disease vitiligo and diabetes for its ongoing #AerieREAL campaign. Recently, it announced its newest AerieREAL Role Models, all of whom have different body types and racial backgrounds, including Samira Wiley, an actress and LGBT+ activist.

“What I find interesting about brands like Aerie and Billie,” Denise Blasevick says, “is the movement toward no ideal form. That’s a much more inclusive approach, one that brands have been building toward for quite a while, and it makes sense. In today’s connected world, we see movie stars, athletes, Instagram influencers who are making it because of who they are, not what they look like. That inspires people to be the best versions of themselves, not of some glamorized ideal.”

Kudos to these five brands for depicting women exactly as they really are.

Adam Schiff won’t say if Trump is under investigation 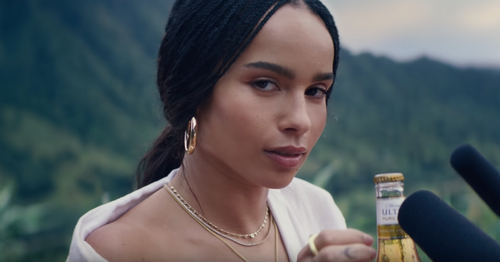 Cars: 12 cars “Niva”, which has not seen the majority of the domestic drivers