The 38-year-old former Playboy magazine cover girl took to Instagram to talk up her pal: ‘Obsessed w @elisabettafranchi dress which I wore to present an award @cffawardsofficial.’

Joanna Krupa has a fondness for fashion. On Sunday the beauty headed to the 4th annual CineFashion event at the El Capitan Theatre in Hollywood to celebrate a friend.

While at the event also talked to UsWeekly about why she divorced Romain Zago: ‘My ex-husband and I did the LA-Miami thing but I feel like it’s definitely healthier if two people are in one city. The bicoastal relationship was really tough and I think that really had a lot to do with why we’re not together right now.’

Body to be proud of: Joanna Krupa looked sensational in a black dress with a golden snake around her chest and midsection at the CineFashion awards in Hollywood on Sunday

The model added: ‘Traveling from L.A. to Miami and then also traveling out of the country. It would be nice to meet somebody local and just settle here.’

Krupa added the chances of getting back together are slim: ‘We’re friends. We talk on a daily basis. But I think when things go wrong I don’t know if there’s a way to go back.’

And she said she is just friends with Nico Santucci. ‘We’ve been friends. We met about five months ago. He’s a great person, I adore him, but that’s where were at. We’re friends. But she said ‘never say never’ when it comes to dating him.

No wedding ring! She divorced her husband Romain Zago this summer

She also said dating in LA is not so easy.

‘Honestly, right now I’m trying to focus on work. I just feel like men in Hollywood are looking a trophy wife.

‘It’s really hard to get to know somebody, to get to know you for you. So I think Hollywood is a tough dating city. I think I’m kind of over it for right now and I’m more focused on work to see where that takes me and if prince charming comes along, great. But I just feel like it’s really tough in LA.’

The blonde looked elegant in the number. Her tight black dress had a golden snake around her chest and midsection.

With her ex: The beauty with Romain Zago in 2016 in Malibu; she said she split because they lived on different coasts

The Real Housewives Of Miami star had her long blonde locks worn down in soft curls and was showing off a nice Malibu tan.

Carmen Electra has been working in show business for three decades but still looks sensational.

When appearing at the event on Sunday, the 45-year-old Baywatch actress showed off her curves in a plunging white dress.

And the Playboy cover girl, who is normally a brunette, was also modeling bright platinum locks worn in a Veronica Lake style with one side pulled back.

She got it white! Carmen Electra looked stunning in a low cut white dress that made the most of her figure

Va-voom: And the Playboy cover girl, who is normally a brunette, was also modeling bright platinum locks worn in a Veronica Lake style with one side pulled back

The Ohio native appeared to be date free.

A head-turner: The 45-year-old Baywatch actress wore her platinum locks to the side. And she added bright red look-at-me lipstick

The cover girl has quite the interesting love life.

Electra was also engaged to Rob Patterson from 2008 until 2012. And she has been linked to David Spade and Tommy Lee.

Also at the event was Melanie Griffith, who turned 60-years-old in August.

The LA native showed off her figure when hitting the event.

The Bonfire Of The Vanities star wore a sheer black lace dress that put her chest as well as her black undies on display.

Lovely lady: Melanie Griffith stood out on the red carpet in this shocking number

Naughty: The Working Girl star wore a sheer black lace dress that put her chest as well as her black undies on display. Here she is seen with Rosanna Arquette

The blonde beauty, who was a top pinup in the 1980s with movies like Something Wild and Working Girl, sure added some pizzazz to the event.

Griffith’s lace dress was long with a slit up the side, showing off her toned legs.

The siren also had on pointy pumps, though once inside the event she took off her left heel and wore a boot. It is not known how she injured her foot.

Flirty: The ex-wife of Don Johnson and Antonio Banderas wore her blonde locks in soft waves and slightly pulled back with her bangs straight

A body to be proud of: Griffith’s lace dress was long with a slit up the side,
showing off her toned legs

Injury: The siren also had on pointy pumps, though once inside the event she took off her left heel and wore a boot. It is not known how she injured her foot

The Shining Through actress carried a small black purse and had on a matching choker.

The ex-wife of Don Johnson and Antonio Banderas wore her blonde locks in soft waves and slightly pulled back with her bangs straight.

She was seen chatting up fellow guest Rosanna Arquette as well as Maria Conchita Alonso and Ed Begley Jr.

Griffith comes from Hollywood stock – her mother is The Birds actress Tippi Hedren.

She got her break in the 1970s when she worked with Gene Hackman in Arthur Penn’s Night Moves.

The queen of fashion: Donna Karan, 69, looked incredible in a black dress with fluffy jacket

More cute ladies: Karan and Bailon posed with a guest in a black dress and heels

After acting on stage in London, in 2003 she made her Broadway debut in a revival of the musical Chicago.

This year she is in The Disaster Artist with James Franco.

The superstar is also known for her interesting love life (she was married to Johnson twice and also romanced Warren Beatty). And when she split from Banderas in 2015, fans were shocked. But she said it was a long time coming.

She told Porter magazine in April: ‘I think part of the reason my marriage to Antonio fell apart was because I was stuck; nobody else is to blame. It’s just that I personally got stuck and I won’t let that happen again, I want to enjoy life, I want to do whatever I want to do.’

Plunging in red: Tara Reid of Sharknado fame made the most of this wonderful dress

As far as dating now Melanie said: ‘I’m shy with men now, very reticent … nobody has asked me on a date for almost two years.’

Griffith wasn’t the only one showing off her toned body at the splashy event.

Tara Reid had on a sequined dark red gown that was plunging in front and had a high slit. She slicked back her blonde locks and added ruby lipstick.

TV star Adrienne Bailon, who used to date Rob Kardashian, looked like Jennifer Lopez in her gown with her highlighted locks down. 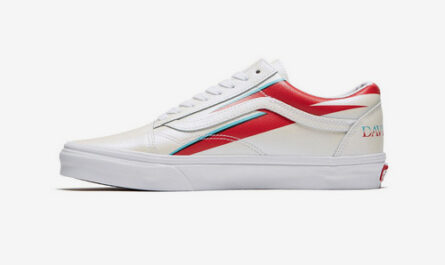 Life hack: How on sofas and chairs to obscure the consequences of the abuse of Pets 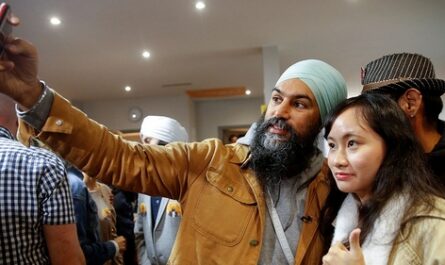 Life hack: the French made the vacuum from the hair dryer, using only one additional detail