The perpetrator got into the property at around 4am, according to police sources, but didn’t enter the couple’s home.

An intruder got into the grounds of Kim Kardashian and Kanye West’s Bel Air home on Friday morning, ransacking three of their luxury vehicles.

TMZ reports that the thief trashed three cars that were sat on the driveway of the couple’s mansion and came away with just an iPhone belonging to one of Kim and Kanye’s staffers.

Intruder: Kim and Kanye’s Bel Air home was targeted by a burglar on Friday morning who trashed three of the couple’s luxury cars 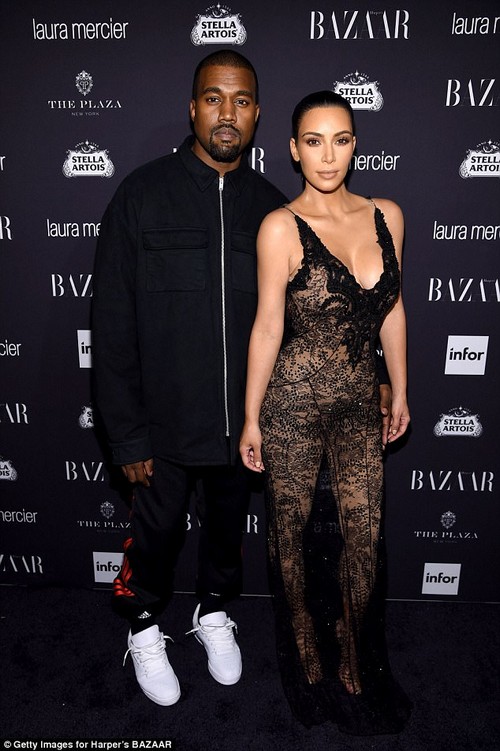 Luckily, surveillance cameras captured the alleged burglar, who is a young dark-haired male who made no attempt to cover his face during the burglary.

The very clear image of the suspect, obtained by TMZ, shows the man wearing a black sleeveless top and black sweatpants.

Sources tell the website that security staff spotted the male suspect and chased him off the property.

The perpetrator then headed next-door to Kathy Griffin’s home where he vandalized a vehicle and made off with a purse.

Apparently it wasn’t what the thief was after as he ditched the bag nearby as he made his escape, according to TMZ. 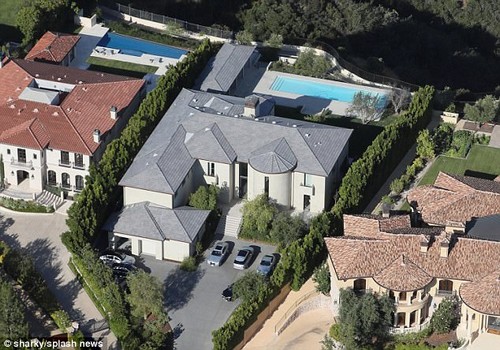 Break-in: The man got into the grounds of Kim and Kanye’s Bel Air mansion (pictured) at around 4am on Friday morning 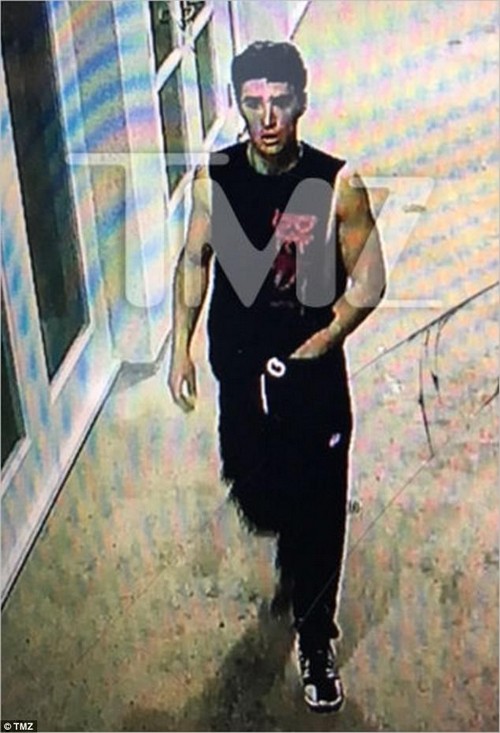 Do you recognize this man? The very clear image of the suspect, obtained by TMZ, shows a man wearing a black sleeveless top and black sweatpants

It’s just the latest in a spate of celebrity-targeted burglaries in the Los Angeles area in recent months.

Mariah Carey was the victim of a break-in on Thursday night where thieves took $50,000 worth of purses and sunglasses from her LA home.

The songstress was in New York at the time.

Trashed: TMZ reports that three of the couple’s luxury vehicles were ransacked during the burglary but didn’t specify which. Kanye’s Lamborghini Aventador is pictured 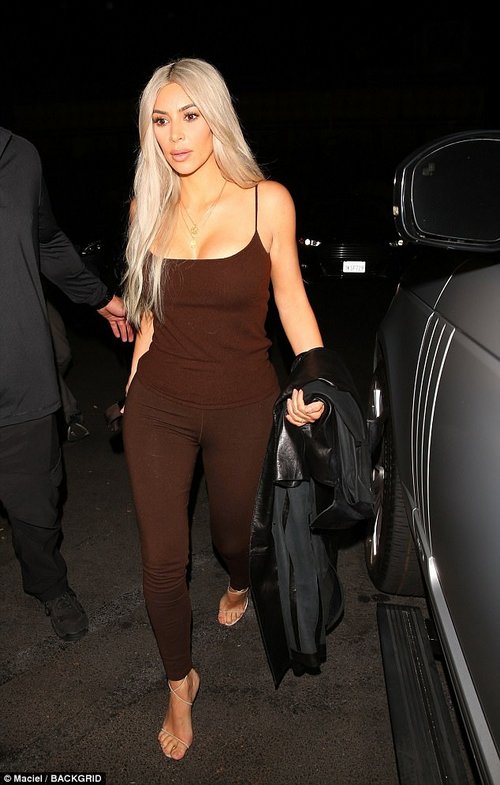 Scary: It is presumed Kim, 36, was home at the time of the burglary. She is pictured out on Wednesday night in West Hollywood

Kim’s sister Kendall Jenner was the victim of a burglary in March when thieves got away with $200,000 of jewelry from her home just off the Sunset Strip.

In November 2016 a man was arrested for stalking her after he entered her driveway and banged on the windows of her car.

This latest incident comes just over a year after Kim was the victim of a robbery at gunpoint in Paris.

That time, Kim had an eye-watering $11million of jewels stolen during the terrifying ordeal.

Spree: The perpetrator was caught on a surveillance camera before targeting Kathy Griffin’s neighboring home (top of image) 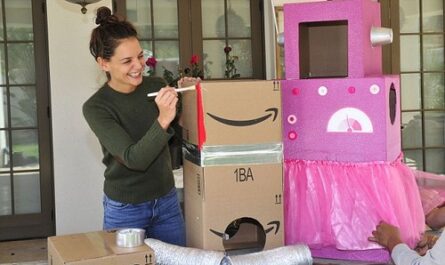 Our Favorite Film, and Photography Tutorials, of 2018