The 18 members of the gang spent four years preying on girls as young as 13, giving them cocaine, cannabis, alcohol, and mephedrone (M-Cat) before either raping them or forcing them into having sex with others at parties.

Nadeem Aslam, 43, (pictured) was the last member of the 18-strong Asian Newcastle sex gang to learn his fate today after being convicted of drugs offences

The 18th member of an Asian gang who plied vulnerable young girls with drink and drugs before exploiting them for sex has finally been put behind bars.

A total of 17 men and one woman have now been convicted of rape, supplying drugs and inciting prostitution, in a series of trials at Newcastle Crown Court, and in total will spend over 200 years in prison.

Nadeem Aslam, 43, was the last member of the gang to learn his fate today after being convicted of drugs offences. In a chilling victim statement, one woman told of how she now sleeps with a knife by her bed and wakes up screaming.

Another said she lives with the chronic guilt of not speaking out about what happened to her sooner.

She said in her statement: ‘I have a lot of guilt because I think I could have stopped this if I had spoken out earlier.’

The same woman also said: ‘I hope our case makes people realise they can speak out and they can be helped.’

The case raised huge controversy after one of the convicted rapists was paid almost £10,000 of taxpayers’ money to spy on the ‘sessions’ where under-age girls were intoxicated and sexually abused.

The 17 men and one woman Carolann Gallon (pictured), 22, spent four years plying vulnerable girls as young as 13 with drugs and drink before raping them or exploiting them for sex at parties in Newcastle

One girl who gave evidence said she was repeatedly raped by men acting as if they were in a ‘relay race’ at one of the sex parties.

The vulnerable 13-year-old, who was in local authority care, told the court how she would regularly be supplied with cash, cigarettes and drugs in exchange for sex.

She spoke of how she would be picked up in a Mercedes from the children’s home where she was living and taken to flats in Newcastle to be used by anyone who wanted her.

Prosecutor John Elvedge QC told the court how during one attack she was high on cocaine while men took turns to have sex with her.

One victim, who was in local authority care, told how she was taken to flats around Newcastle and passed between men for rape

Mr Elvedge said: ‘She said she felt wrecked. The man who brought the M-Cat had sex with her when she was in no position to consent.

‘The second man was followed by several others, all taking advantage of her.

‘She said it was like a relay race, one man after another, each having sexual intercourse with her to which she did not consent.’

On another occasion, the girl was taken to a party at a flat where there was a group of seven men in a room with a Kurdish flag on the wall and was given M-Cat, the court heard.

Mr Elvedge added: ‘She attempted to resist the first man. She was given more M-Cat then, one by one, they took their turn having sexual intercourse with her.’

The court heard when she left she was driven back to the children’s home and given £200 along with more M-Cat.

The girl was a frequent runaway who would regularly go missing.

Mr Elvidge said: ‘The young women are now in their early 20s. You will gather when they were involved with the defendants they were leading extraordinary lives.

‘The prosecution say it was their vulnerability that made it easier for them to be exploited and abused. They were females who were relatively naive and vulnerable.

‘They were the victims of organised, well-practiced cynical exploitation and were passed between abusers.’

Members of the gang would give their victims cocaine, M-Cat, cannabis and alcohol at sex parties held across Newcastle

Northumbria Police came under fire after it was revealed that the force had paid £10,000 to a sex offender in exchange for information during an operation which was code-named ‘Shelter’.

Despite the backlash, the force insisted it was the right thing to do to get a number of dangerous men off the streets.

They inititally spoke to 108 potential victims, which resulted in 20 young women giving evidence about their horrendous ordeals between 2011 and 2014.

The court heard the victims were treated ‘like a piece of meat’, being laughed at by their attackers and feeling suicidal because of their ordeals.

Those prosecuted were from the Bangladeshi, Pakistani, Indian, Iraqi, Iranian and Turkish communities and were mainly British-born, with most living in the West End of Newcastle.

Nadeem Aslam was jailed for a total of 12 years and issued with a serious crime prevention order for supplying cannabis, M-Cat, and allowing his premises to be used for drugs.

Who was in the sex gang and what did they all do?

He was not convicted of any sexual offences, but Judge Moreland told him: ‘I am sure you knew the drugs were not being paid for with money.’

Aslam was also convicted of conspiracy to supply heroin and cocaine in an unrelated case.

The only woman convicted of being part of the sex gang, Carolann Gallon, 22, was jailed for six years and three months for trafficking for sexual exploitation.

The court heard that one of the men convicted, 37-year-old Badrul Hussain, was heard telling a ticket collector on the Tyne and Wear Metro: ‘All white women are good for one thing, for men like me to f*** and use as trash, that is all women like you are worth.’

He and his associates were exposed when two women spoke to the authorities in 2013 and within weeks police made 27 arrests as part of ‘Operation Shelter’.

The wider operation has seen around 100 people convicted of a range of serious offences, including drugs, modern-day slavery and firearms charges, with jail terms totalling more than 300 years. 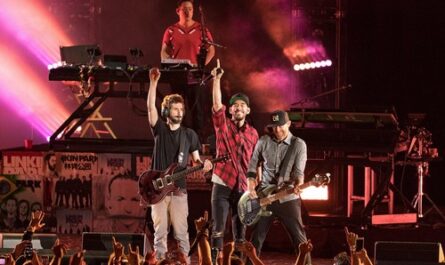 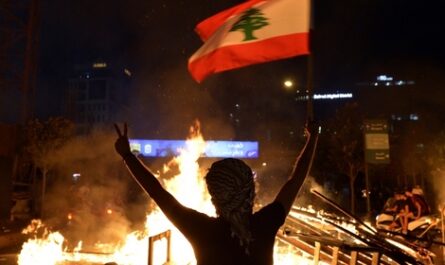 Ideas for your home: Mother took children broken plates and turned into the thing, which now boasts a whole family

5 Must-Have Accessories, for the DJI Mavic 2