The parents of a seven-month-old girl face a heartbreaking wait to see how much time they have with their daughter after doctors took her off life support.

Chrissa Squire’s parents, Stephanie Allan and Chris Squire, from Christchurch, New Zealand, took her to hospital when she got sick with bronchiolitis last month.

The baby girl then developed pneumonia and was connected to a machine to help her breathe.

While her mother popped out for break around 2am on September 29, Chrissa’s breathing mask fell off and she vomited into her lungs.

‘I came back to Chrissa and my room to find Chrissa blue, and nurses and doctors resuscitating her,’ Ms Allan told Daily Mail Australia. 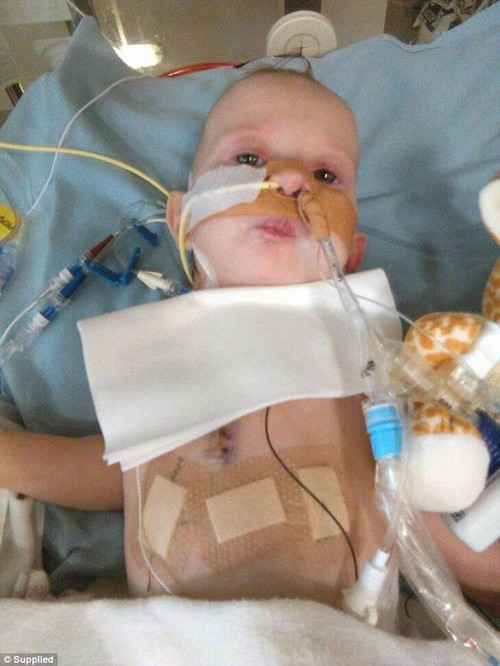 Doctors quickly took her into the operating room to have a breathing tube inserted through her mouth – but she suffered a severe reaction to the anaesthetic she was given.

The anaesthetic triggered a condition known as Malignant hyperthermia, which only affects one in 100,000 people.

It caused her temperature to spike to 41C, she went blind and suffered severe brain damage.

The little girl was then flown to Starship Hospital in Auckland, where doctors told the family that she would probably die that day.

Doctors had told the family that the little girl only had a 50/50 chance of survival when her breathing tube is taken out.

That was done at 11.45am on Tuesday – and her mother said she was ‘very relieved’ that the procedure went well.

‘At the moment, she is still here,’ Ms Allan told Daily Mail Australia. 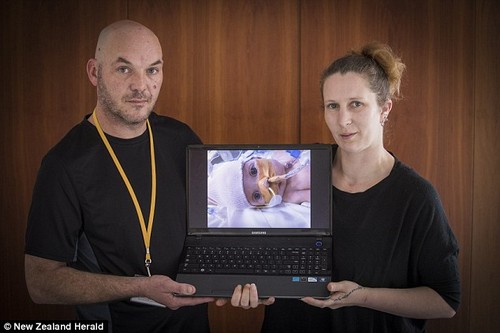 Her parents Chris Squire and Stephanie Allan (pictured)  are speaking out to make others aware of the genetic disorder, which, to their knowledge, no-one in their family has had 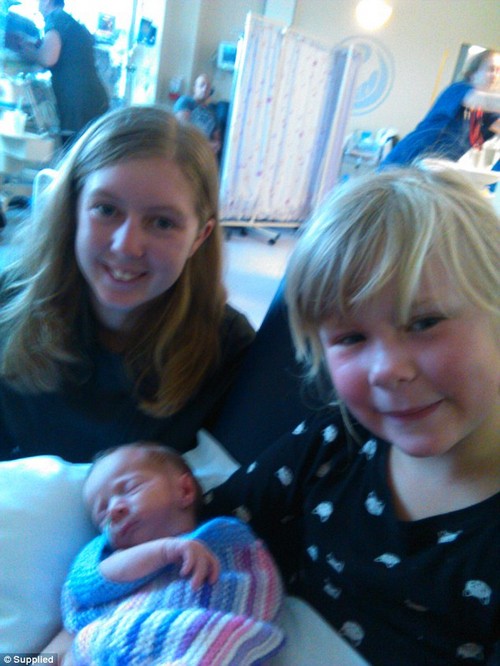 ‘Now, we’ve just got to take it day by day and hope that it continues. We are hoping that she can come home once the hospital is satisfied that she is ready.’

She added: ‘The doctors are happy with the way she is breathing. She is a bit sore in her throat.

‘We are just trying to keep her comfortable and get her body to relax.’

Their daughter had already spent a lot of time in hospital since she was born with Pierre Robin Syndrome and weighing just a little more than 4lbs on February 16.

It meant she was born with a smaller lower jaw than normal and as a result, suffered from breathing difficulties and spent her first few weeks fighting to maintain a normal body temperature. 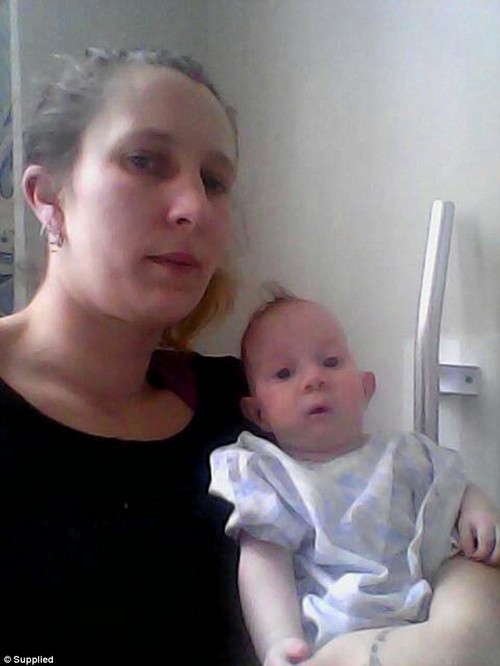 ‘I came back to Chrissa and my room to find Chrissa blue, and nurses and doctors resuscitating her,’ Ms Allan told Daily Mail Australia 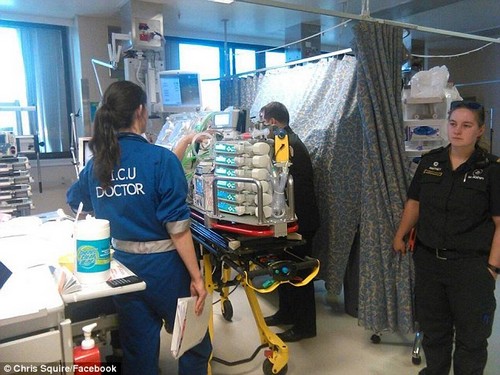 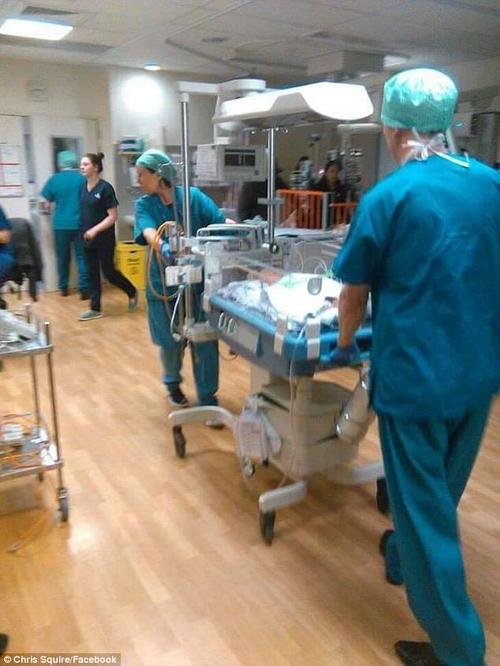 Three weeks after her birth, doctors detected a heart murmur and confirmed that Chrissa had a large hole in her heart. She needed continuous monitoring until April.

Then, on April 12, she contracted Rhinovirus in the NICU and was put into an incubator for five days.

Doctors performed a genetic test and told Ms Allan and Mr Squire that she had chromosome 1 p1.31 deletion, but they weren’t sure what it would mean.

Finally, on May 6, Chrissa was allowed to go home to her parents, two sisters and brother – but still needed to be fed through a tube in her nose.

‘Chrissa thrived at home, she had the most love anyone could give,’ her parents said.

‘She had outings to malls, was a known and loved wee girl at her big sisters’ school. 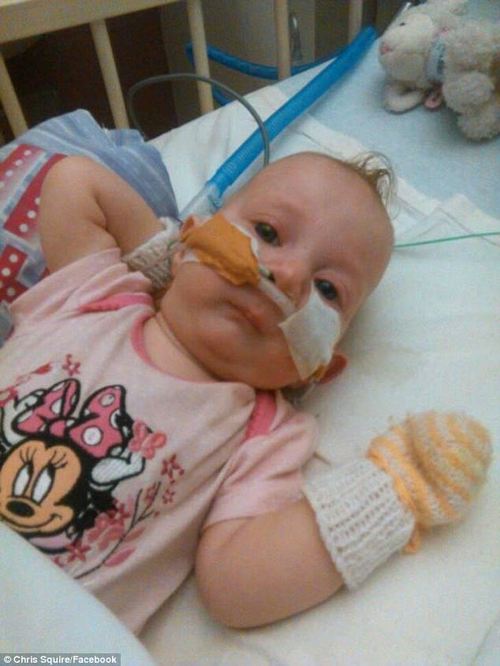 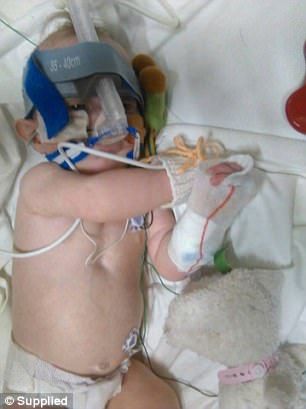 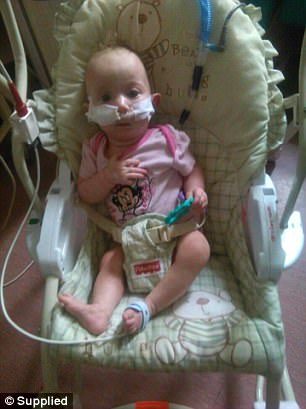 Her parents are speaking out to make other parents aware of the rare disorder, which, to their knowledge, no-one in their family has had.

Ms Allan believes there should be a test for it.

‘Nobody really gets tested for it,’ she said.

‘We just want to raise awareness so this doesn’t happen to anyone else. We don’t want anyone else to go through it, it’s terrible.’

Ms Allan said that Chrissa will spent the new couple of weeks at Starship Hospital.

‘The hospital staff has been absolutely brilliant and done everything we’ve asked,’ she said.

But she has no idea how much time she has left with her baby daughter.

‘Chrissa is seven months old and she has spent her whole life in hospital,’ Ms Allan said.

‘She had a hard life before this and now it’s that much harder for her.’

What is Malignant hyperthermia?

Signs and symptoms of a malignant hyperthermia reaction include a dangerously high body temperature, severe muscle spasms and a fast heart rate.

In most cases, the genetic defect that causes malignant hyperthermia is inherited. It is called a pharmacogenetic disorder because the reaction is caused by specific drugs. Genetic testing can reveal whether you have these mutations.

If you have a parent, sibling or child with malignant hyperthermia, there is a 50 per cent chance that you have the condition as well. Other close relatives, such as aunts, uncles and grandchildren, have a 25 percent chance.

Men are more likely to have an episode of malignant hyperthermia than women. Children with the condition also are susceptible to reactions during surgery.

Malignant hyperthermia may not trigger a reaction during a person’s first surgery. However, the risk of a crisis remains for future operations. For those at risk of having a reaction, other safe medications are available.

In rare cases, people with malignant hyperthermia have shown signs of a reaction after intense physical activity. 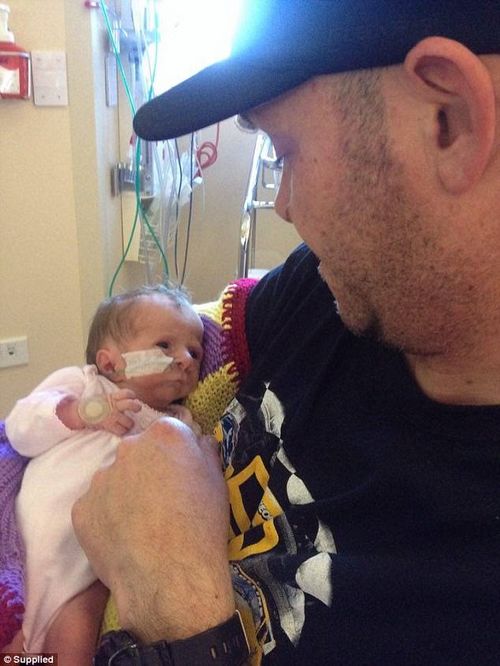 Chrissa was finally allowed to go home to her family in May, but needed to be fed through a tube 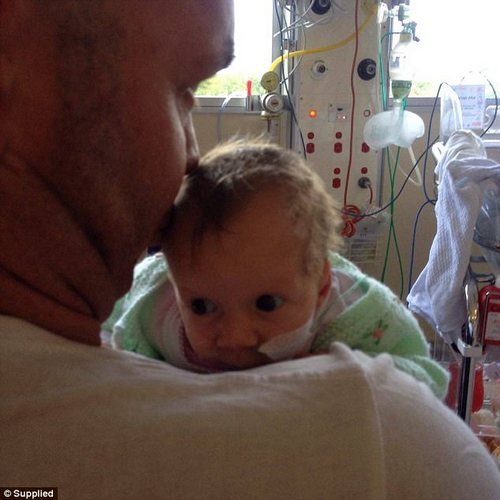 But in September, her parents took her to Christchurch hospital where doctors said she had bronchiolitis

The options Available for elegant repair at minimum cost