The 38-year-old songstress appeared on Watch What Happens Live as she discussed the pair’s disagreement and revealed that she hit out at Kim because the reality star took on Bette Midler.

The quarrel was sparked in March 2016, when Kim posted her famous nude selfie with the black bars across her body.

After she posted it, Bette tweeted: ‘Kim Kardashian tweeted a nude selfie today. If Kim wants us to see a part of her we’ve never seen, she’s gonna have to swallow the camera.’

Kim clapped back with: ‘Hey @BetteMidler I know it’s past your bedtime but if you’re still up and reading this send nudes #justkidding.’

At the same time Pink tweeted out a lengthy message praising women who use their brains and not their bodies.

The photo in question: The 38-year-old said: ‘Honestly she went in one Bette Midler and if you go in on Bette Midler, your’e going to hear from me’

Harsh: The artist tweeted this in March of 2016, throwing shade to Kim Kardashian

During her appearance on WWWL Pink was asked: ‘When you tweeted women using their brains not their body for attention, were you trying to throw some shade at Kim Kardashian or was that people on Twitter jumping to conclusions?’

She responded: ”Honestly she went in one Bette Midler and if you go in on Bette Midler, you’re going to hear from me.

‘Just don’t talk to Bette Midler about anything.’

How it started: Kim clapped back at Bette after the legend brought up her nude picture

In good fun: The singer quickly responded back to the Keeping Up With The Kardashians star

Talking it through: The 38-year-old said: ‘Honestly she went in one Bette Midler and if you go in on Bette Midler, your’e going to hear from me’

Pink also revealed her former enemy and fellow pop princess Christina Aguilera once tried to punch her in a nightclub when their feud got ‘physical’.

The singer discussed her rivalry with Christina, 36, while making her debut on Bravo’s Watch What Happens Live, explaining they wore both they were both ‘young’, ‘very different’ and used to being ‘alpha’ females.

Christina and Pink teamed up on the 2001 hit song Lady Marmalade along with Mya and Lil’ Kim but they had a falling out before recently reconciling.

Pink was participating in the show’s trademark game Plead The Fifth in which guests are asked three questions and may decline to answer one.

Show host Andy Cohen, 49, for the third and final question asked Pink how she and Christina made amends and what was their biggest issue.

‘We were super young and super new at the whole thing. I think I’m an alpha and she’s an alpha,’ Pink said.

‘And I’m used to taking my altercations physical and she’s used to having them verbal. We’re just very different,’ she added.

Getting physical: Christina, shown in July in Los Angeles, and Pink collaborated on the 2001 hit song Lady Marmalade but later had a falling out

The host: Andy Cohen welcomed Pink into the Bravo clubhouse

She concluded: ‘Women have to learn how to support each other. It’s not taught to us on the playground.’

Andy followed up by asking Pink if she attempted to get physical with Christina.

Critically acclaimed: Pink, Christina and Mya are shown in February 2002 with their Grammy Awards for Lady Marmalade during the 44th Grammy Awards in Los Angeles

Club swing: Pink revealed that Christina during their feud once took a swing at her in a club

‘We’re fine. Look, she’s so talented and deep down, I’ve had bad days too, she’s a really sweet person. We made up on The Voice,’ she said.

‘I mean, it was funny, I laughed. We made up on The Voice. I hadn’t seen her in years and years and years and we became moms. We grew up and we hugged it out. It’s that simple and I feel so good about that. And also, we did a song together,’ she added.

Making up: Christina and Pink are shown with Alisan Porter last year on The Voice

A caller later asked Pink if she would ever collaborate with Christina again since they’ve made up.

‘We may or may not have already collaborated. I don’t know if I’m allowed to say that, but I just did,’ Pink replied.

The singer during Plead The Fifth also was asked about her song Revenge on her new album Beautiful Trauma.

Together again? Pink teased at a collaboration with Christina

Close up: The singer offered a closer view of her necklace

She said the song featuring Eminem was not about her husband Carey Hart.

Andy also asked her about her current thoughs on Kanye West after mentioning a critical tweet she made about him in 2009 after he interrupted Taylor Swift’s acceptance speech at the MTV Video Music Awards.

Pink at the time tweeted: ‘Kanye west is the biggest piece of s*** on earth. Quote me.’

The singer said she believes Kanye is ‘talented’ and a ‘genius’.

‘I just think some of us can’t get out of our own way sometimes,’ Pink said.

Pink also was asked by a caller for her thoughts about ‘silent’ activists such as singer Taylor Swift.

‘You say what you think, right? You say what’s in you. If you have a passion and you have an opinion then share it, if you don’t want to, then you don’t,’ Pink replied.

Andy noted that she was ‘unapologetic’ about her vocalness tellings fans that if they don’t support Black Lives Matter they shouldn’t follow her.

Speaking up: The singer was unapologetic about speaking her mind and voiced her support for Black Lives Matter

He asked Pink if she had ever been attracted to women and she responded in the affirmative.

‘I had my first girlfriend when I was 13 and she left me for my brother. I know, that’s weird. It broke my heart, actually,’ Pink said.

Lady pond: Pink also revealed that she had her first girlfriend at age 13

Pink also gave a rave review for the new Lady Gaga documentary Five Foot Two and said it was ‘awesome’.

‘It made my heart open up for her in a new way,’ she said.

The singer also crowned the winner of the Pretty In Pink Drag Pageant. 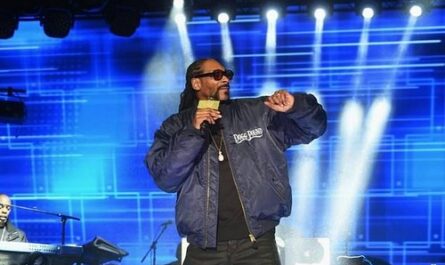