Weinstein – the Hollywood mogul so powerful that Meryl Streep once called him ‘God’ – has been fired ‘by email’ from his own production company in the wake of the sexual harassment claims that emerged last week.

Elizabeth Karlsen, the Oscar-nominated producer of The Crying Game, among others, told The Hollywood Reporter on Sunday that she’d been informed of a sexual harassment accusation almost 30 years ago.

Another big name Hollywood figure has come forward with a second hand account of alleged sexual harassment by disgraced studio executive Harvey Weinstein, it was reported on Sunday.

That claim was made by a young female executive at Weinstein’s then-company, Miramax, she said.

The woman had been staying in a house in London rented by the studio.

‘She came to me directly and said that Weinstein had appeared naked in her bedroom,’ Karlsen said.

‘I don’t know the extent of what did happen, but there was an out-of-court settlement and she left the company.”

Karlsen said it was the first time she had heard the rumors of Weinstein’s alleged sexual conduct.

She said ‘everyone’ in the film industry knew of Weinstein’s alleged behavior for years.

Karlsen called Weinstein ‘a bully’ for his behavior that she claims directly affected her work.

In 2015, her critically acclaimed comedy, Carol, was set for release in the United States.

The film was produced by a British studio, Number 9 Films, which she co-founded with her husband, Stephen Woolley.

Weinstein’s studio, The Weinstein Company, had signed up to distribute the film in the US.

Karlsen is the Oscar-nominated producer of the 1992 hit The Crying Game, which stars Forest Whitaker (left) and Stephen Rea (right)

But when news broke that Weinstein was being accused of groping a young Italian model, plans went awry.

‘We had a screener to garner critical response that was in New York, but Harvey wasn’t able to attend any of the meetings because the day after the screening the story broke about the groping of an Italian actress in his office,’ Karlsen says.

‘So we were told he was holed up over the weekend with his lawyers.’

Since its release, Carol has grossed in excess of $12million at the box office in the US and Canada.

Worldwide, the movie generated over $40million.

Karlsen said a ‘culture of fear’ in Hollywood deterred people from speaking out about Weinstein’s behavior.

‘We all have to ask ourselves – those of us who knew – why do we feel unable and un-empowered to do something?

Karlsen called Weinstein ‘a bully’ for his behavior that she claims directly affected the distribution of her 2015 film, the critically acclaimed movie Carol. The film’s stars, Cate Blanchett (left) and Rooney Mara (right), are seen above

‘And I think the answers are very complicated and to do with power structure as a whole in society and women’s place in it,’ Karlsen said.

The British producer said that it is difficult for women to speak out about the male-dominated power structure because of the harsh reaction online.

‘Women are at the bottom of the ladder over and over again,’ she said.

When asked about Weinstein’s ‘indefinite leave of absence’, she said: ‘I would hope that that’s the end.’

‘I think the real tragedy is not only do you have the damage that’s been done to people in terms of abuse, but there’s the damage that’s felt by the people who weren’t able to speak up for whatever reason and feel confused about that.’

Weinstein allegedly preyed on young women hoping to break into the film industry. The accusers – including celebrities such as Rose McGowan (right) and Ashley Judd (left) – say Weinstein promised to help advance their careers in exchange for sexual favors, pressuring them to massage him and watch him naked

The 65-year-old was ousted from The Weinstein Company – which he founded with his brother Bob in 2005 – by its board of directors on Sunday.

The firing comes after a bombshell report alleged Weinstein, whose company produced such hits as ‘The King’s Speech’ and ‘The Artist,’ preyed on young women hoping to break into the film industry.

The accusers – including celebrities such as Rose McGowan and Ashley Judd – say Weinstein promised to help advance their careers in exchange for sexual favors, pressuring them to massage him and watch him naked. 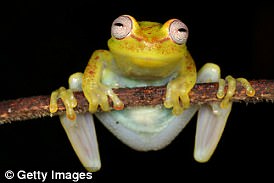 QI trivia from 2017 that you may have missed