Martyn Lee, 46, was driving his van in mid-afternoon traffic when he pulled over and pushed Caroline Livesey off her seat in Pateley Bridge, North Yorkshire.

Plumber Lee became vexed after being undertaken by Mrs Livesey after she had swerved to avoid a dog which ran into the road, York Crown Court was told.

Martyn Lee, 46, pictured outside York Crown Court today, went berserk after being undertaken in his van by a triathlete

A driver who went berserk after being undertaken by a triathlete rugby tackled her off her bike then told her: ‘I thought you were a bloke’, a court heard today.

This made Lee swerve around her into on-coming traffic – so he drove further up the road, jumped out his van and tackled her from her bike as she passed.

Mrs Livesey, 38, suffered a sacral fracture in the inner-pelvic area of her spine and suffered cuts and bruises to her lower back and head in the incident on May 11 this year.

Shawn Morales, prosecuting, told the court today: ‘The defendant had been driving along when the complainant, who was at the left side of the road, had moved over to the right to avoid hitting a dog.

‘As she pulled across the road, the defendant had to then drive into the middle of both carriageways to narrowly miss Mrs Livesey.

‘The complainant said the defendant then drove past her shouting something about ‘undertaking’ referring to a previous incident of driving down the inside lane.

‘Further down the road he had stopped and, as the complainant went past, he rugby tackled her from the bike and she hit the back of her head on the road surface.

Plumber Lee became vexed after being undertaken by the cyclist after she had swerved to avoid a dog which ran into Low Wath Road (file picture) in Pateley Bridge, North Yorkshire

‘After the incident, he told her, “to be honest, I thought you were a bloke”.’

The attack occurred as the pair travelled along Low Wath Road at around 1pm, with Lee driving a silver Ford Transit van.

Mrs Livesey was described to the court as ‘semi-pro’ and at the vital point of gaining qualification for a triathlete spot at the 2017 world championships prior to the crash.

A month earlier she had secured a top ten finish in a gruelling North America iron man challenge, which included a 3.8-mile swim, 117-mile bike ride and a marathon.

In a victim impact statement, Mrs Livesey, of Harrogate, said: ‘Eight months ago I had gone part-time in my job to train 48 hours a week.

‘I was at the point in my training where I was competitive and could achieve podium positions.

‘After about a week at home with my injuries from this incident, I realised that they were not simply bruises and had them medically checked and I had in fact broken my sacrum.

‘This was painful and I also had damage to my nerve endings which became uncomfortable when riding the bike.

‘I no longer feel safe when on my bike and have ridden my bike in fear for months.

‘I have lost earnings – I lost out in prize money for qualification to these events and I am still in part-time employment.’

Mrs Livesey also had her iPhone and helmet camera broken after being felled from her cycle, which cost £340 and £209 respectively.

As a result of the incident, the court heard Lee had been the butt of a hate campaign on social media explaining how he had assaulted Mrs Livesey. The online slurs had made him lose business.

Ayisha Smart, defending, said: ‘He says that he merely pulled over further up the road to try and speak to the victim, but the build up of stress he was under at work let his anger get the better of him.

‘This is the defendant’s first blemish on a record of 46 years. He has given a guilty plea at the first opportunity, the same plea given to police officers at the scene of the incident.

‘The defendant has been subject to a hate campaign on Facebook against him as a result of this incident and his self-employed plumbing business has suffered.

‘This has affected his ability to work as his partner is also off work and not in receipt of benefits.’

The court heard Lee had been suffering from high levels of stress prior to the incident.

Despite being scheduled to be sentenced today, Recorder Nicholas Barker told him he must prove he can work to pay the compensation to Mrs Livesey or face a possible prison sentence.

Mr Barker said: ‘This was a one off event, however, it is a very serious matter.

‘In the complainant’s statement is the financial impact therefore unusually in the circumstances I am going to defer sentencing.

‘I recognise the good character of the defendant, but I am looking at the actions of the seriousness and impact on the victim in this case.

‘The charges do pass the custody threshold, but it would depend on the defendant’s ability to work.’

Lee was granted bail and will be sentenced again on January 9 next year. 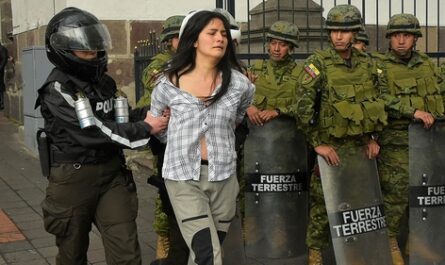 Lifehack: 14 ways how posh to present a cash gift to grab yourself the best piece of cake