Thousands of fans have flocked to Sydney’s ANZ Stadium for the Socceroos’ high-stakes World Cup play-off match against Syria.

The side is banking on a boisterous home crowd on Tuesday night to spur them one step closer to the prestigious tournament.

Though the 83,500-capacity was expected to be roughly half full, pictures showed a a sea of green and gold descending on the stadium ahead of the do-or-die.

Not to be outdone, thousands of Syrian fans were seen making their voices heard in and outside the ground. 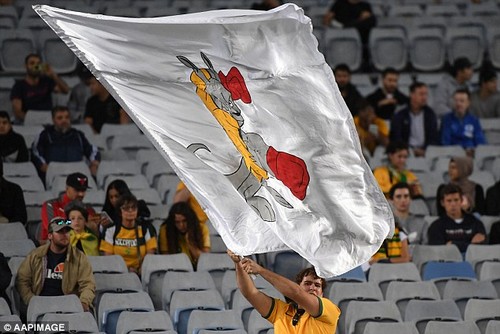 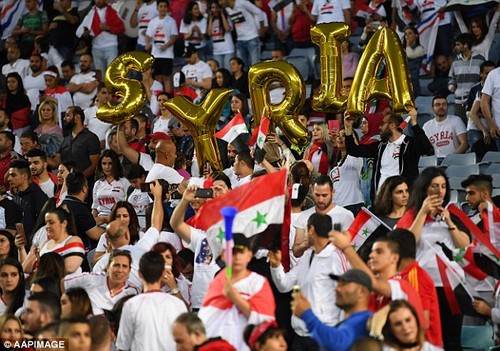 The visitors were expecting support from as many as 15,000 of Australia’s Syrian and wider Arab community.

Socceroos coach Ange Postecoglou stressed the importance of having spectators in Australia’s corner for the all-or-nothing showdown.

‘When 80 per cent of your players play abroad, it does have extra significance when they play at home in front of family and friends and feel that sort of love from the crowd. 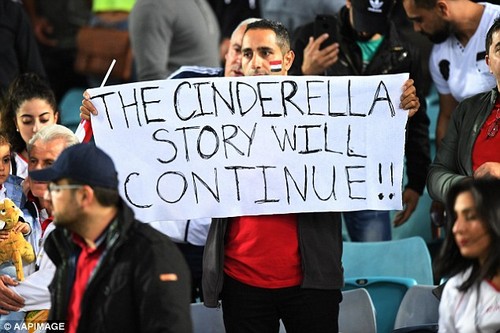 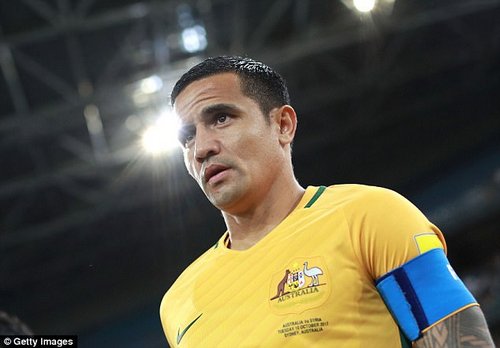 Australia will start the clash without Aaron Mooy, who will watch from the bench as Tim Cahill (pictured) and Tom Rogic lead the attack

Australia will start the clash without Aaron Mooy, who will watch from the bench as Tim Cahill and Tom Rogic lead the attack.

Postecoglou dropped a selection bombshell for the crunch clash, leaving Mooy out of his starting line-up in one of four changes from last week’s opening-leg 1-1 draw.

The move is a huge gamble given Mooy was the standout in Malaysia, and one that will elicit big questions should Australia fail to progress to a final play-off. 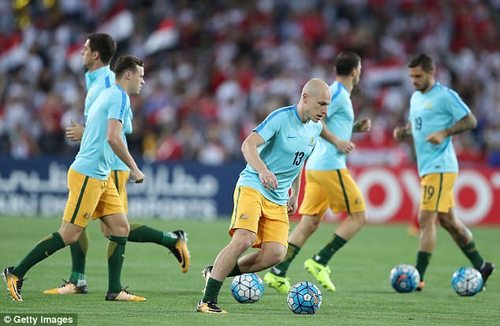 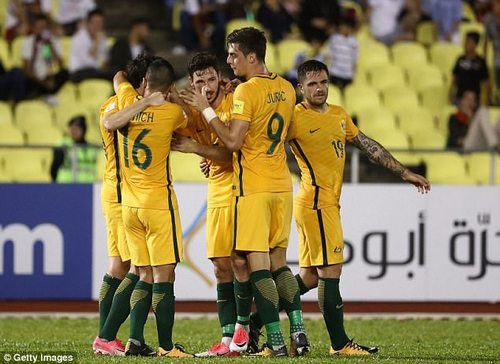 Robbie Kruse of Australia celebrates after scoring a goal during the first leg in Malacca, Malaysia

Not just for the bathroom: 6 great ideas on home design with the use of ceramic tiles