Watson, who played 557 times for five clubs until his retirement in 2009, will have his appointment to succeed Port Vale’s new boss Neil Aspin confirmed on Tuesday.

The 43-year old Geordie was part of Kevin Keegan’s exciting Newcastle side of the 1990s and later played in the 1998 FA Cup Final under Kenny Dalglish. 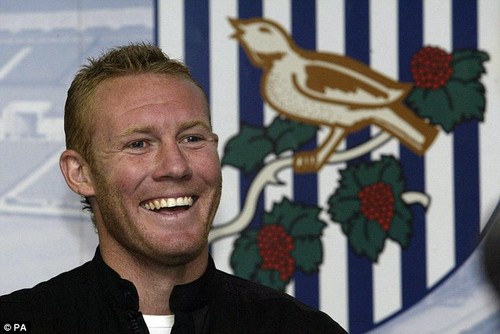 Steve Watson, pictured during his time at West Brom back in 2005, is Gateshead’s new boss 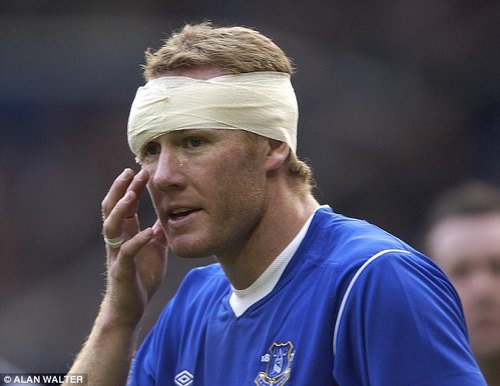 He went on to join Aston Villa and Everton, where he played with a young Wayne Rooney, and finished his career with spells at West Brom and Sheffield Wednesday.

Watson has been assistant-manager at Birmingham City, Huddersfield Town and Macclesfield Town but this is his first opportunity as a No1.

Gateshead currently lie 16th in the National League but Watson’s first game in charge will be an FA Cup fourth qualifying round tie at Buxton on Saturday.

Harland and Wolff workers go back to work after shipyard saved