In western Alaska, there has been a large spate of washed-up dead seals, walruses and birds, caused by a combination of record warm ocean waters and a total lack of sea ice, according to Rick Thoman of the International Arctic Research Center. 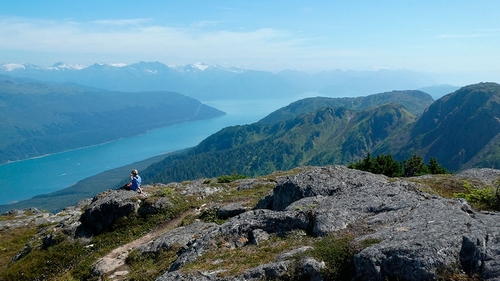 The US state of Alaska has experienced continuous, above-average temperatures this summer that are having a dangerous effect on health and deadly consequences for wildlife.

On Thursday, Thoman said there have also been “dead, non-spawned salmon in some places in significant numbers“, coinciding with high river temperatures of 21 degrees Celsius or higher. The wildlife deaths lead to financial harships for many Alaskans, a state in which commercial fishing and hunting are a source of livelihood for many.

The National Oceanic and Atmospheric Administration (NOOA) confirmed earlier this week that July 2019 was the hottest month ever recorded for the entire planet, and the results are proving devastating for some regions including the US state.

In southeast Alaska, the normally lush forests are falling prey to spruce bark beetles and hemlock sawflies, which are taking advantage of a lack of rainfall and higher-than-average temperatures. The dry weather has also forced cuts in hydropower production, prompting a switch to more expensive and polluting diesel power generation.

In Anchorage, this summer has been the hottest and smokiest the city has ever recorded, with plumes from distant wildfires blanketing the skies and aggravating health problems. July was the state’s warmest month on record, in keeping with that of the globe.

Monday was the warmest August day recorded in Anchorage. It will also marked the 43rd consecutive day the city had reached 21C – the longest such streak on record. Not only that, the overnight low temperature on Monday did not drop below 17C – its warmest night on record.

Meanwhile, wildfires continue to burn, with more than 600 wildfires sparked so far this year across Alaska. The fires are not confined to the US state, with the Arctic, Greenland and Siberia all suffering.

The mass of smoke billowing from fires across Siberia alone could cover the entire European continent, according to the World Meteorological Organisation.

As the fires burn, ice is melting. Eastern Siberian sea ice is at its second-lowest coverage for the date on record.

Across the entire Arctic, 2019 is also in second place for the lowest sea ice extent on record, just behind the record-breaking 2012 melt season.

The warmer-than-average waters will have a knock-on effect into the cold season, delaying the seasonal freeze and likely leading to an unusually mild autumn and early winter period. A scenario leaving coastal communities vulnerable and presenting challenges for the state’s massive seafood industry.

The Iconic new combat techniques, which tomorrow will appear in the Victory parade on red square