White Rabbit fell to number 25 this year from 13 in 2019, while Twins Garden dropped from 19 to 30 at a ceremony in Antwerp on Tuesday organized by World’s 50 Best, an influential organization that ranks restaurants all over the world. The 2020 awards were cancelled because of the coronavirus pandemic.

Two Moscow restaurants have hung on to their places on The World’s 50 Best Restaurants list, while falling down the rankings.

Three other Russian restaurants — Selfie in Moscow along with Harvest and CoCoCo in St. Petersburg — dropped off the expanded list of 100 entirely. Noma in Copenhagen, whose founder Rene Redzepi created New Nordic Cuisine, won first prize for the fifth time.

“We are number 25 in The World’s 50 Best Restaurants and any rating is always good for us,” White Rabbit head chef Vladimir Mukhin posted on Instagram. “This great path we are on is more important than the result.” 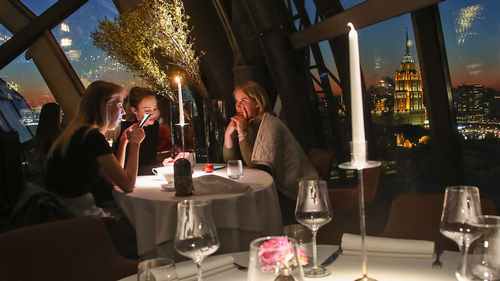 Twins Garden head chefs Sergey and Ivan Berezutsky said the awards were good for restaurants in Russia in general.

“We heard people at the ceremony say we want to come to Russia, we want to see what you have,” the twin brothers told The Moscow Times in a joint message.

The Berezutskys are also exploring new Russian cuisine using modern technology. One of the courses on the set menu is a 3D-printed squid dish, and much of the produce comes to the kitchen from the brothers’ Twin Farm, 180 km from Moscow.

Mukhin said he hopes his children and their children will continue his gastronomic traditions.

“Russian food is me. Borshch is in my blood,” he said.

On Saturday night at Moscow’s Bolshoi Theater, a performer died when he was struck by and apparently crushed by a backdrop that was being slowly lowered during a performance of the opera “Sadko.” According to media reports, Yevgeny Kulesh, a 37-year-old actor who had performed at the Bolshoi since 2002, died before the ambulance crew arrived.

A video surreptitiously shot from the audience shows the backdrop descending and then a number of performers waving their arms. An audience member told a reporter that she suddenly heard shouts “Get a doctor! Call an ambulance, someone got hit by the backdrop!” 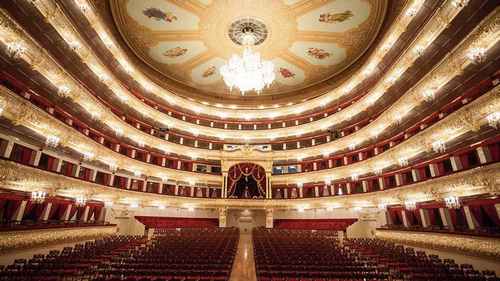 She said that the orchestra stopped playing, and in less than a minute the curtain closed and the audience was asked to leave.

Nikolai Tsiskardze, once a principal dancer at the Bolshoi, told the newspaper Komsomolkaya Pravda that he was certain the fault lay not with the performer, but with the technical staff of the theater. “Backstage is hell. Dancers damage their legs when sets and staircases fall over. There are no windows or ventilation.”