Guatemala City – Cristina Yaqui continues to search for her husband, but she does not expect to find him alive.

Simon Xajpot was a small farmer. He did not make much, but it was enough for the indigenous Maya Kaqchikel family to get by in their village in Patzun, 70km west of Guatemala City.

But one day in 1982, military forces abducted Xajpot and he was never seen again.

“I was 19 years old at the time. We had two young children,” Yaqui told Al Jazeera.

Yaqui is far from alone. Xajpot was one of tens of thousands of people disappeared during the 1960-1996 civil war between the military and leftist guerrilla forces in Guatemala.

A United Nations-back truth commission estimated that 200,000 people were killed and 45,000 people were disappeared during the conflict. More than 80 percent of the victims were indigenous Mayan civilians, and the military was responsible for more than 90 percent of atrocities, including hundreds of massacres and acts of genocide, according to the commission.

Friday marks the UN-established International Day of the Victims of Enforced Disappearances.

But for Yaqui and hundreds of thousands of families around the world whose loved ones have been forcibly disappeared, every day is the day of their missing loved ones.

Search for their loved ones

The early 1980s were years of the worst atrocities in Guatemala, under one military dictatorship after another. But that did not stop Yaqui and other local women whose relatives were killed or disappeared from organising. 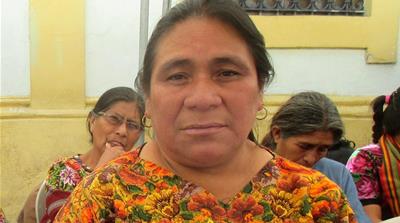 “We were indignant,” Yaqui said. “We started speaking out. We came together here (in Guatemala City) in the Mutual Support Group.”

Now, a national human rights organisation, the Mutual Support Group (GAM) was founded in 1984. Yaqui was one of its founding members. More recently, she has been involved in one of its key initiatives: a law to create a national commission to search for the victims of disappearances.

In 2006, GAM joined forces with two other Guatemalan organisations, the Association of Relatives of the Detained-Disappeared in Guatemala (FAMDEGUA) and the International Centre for Human Rights Research (CIIDH), to create a Working Group Against Enforced Disappearance and push for government action.

“The state had done nothing serious to search for the disappeared,” Daniel Alvarado, a member of the working group, told Al Jazeera.

“We decided the best course of action was a legislative proposal for holistic and responsible work to investigate and search for the disappeared,” he said.

The working group unveiled its bill proposal in 2007. A small opposition party presented it in Congress, where it gradually made headway. Bill 3590 passed the second of three required general floor votes in 2016, but it has since languished. 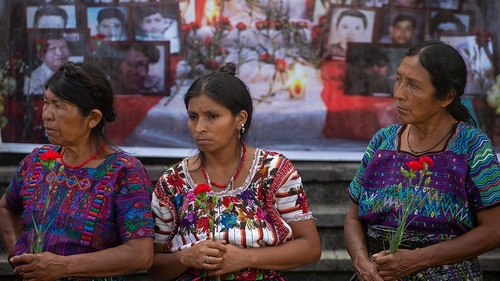 Outside of Congress, the bill has received support from other non-governmental human rights groups. Guatemala’s human rights ombudsman Jordan Rodas, whose brother, Joaquin, was detained and forcibly disappeared in 1985, also signed a memorandum of understanding with the working group in June to formalise his office’s support for the legislative initiative.

The bill remains stalled in Congress, but state inaction has not stopped relatives of the disappeared. Their decades of organising received a major boost 15 years ago, when the Forensic Anthropology Foundation of Guatemala (FAFG) stepped up its involvement.

Exhuming and identifying the disappeared

A non-governmental organisation using forensic sciences in pursuit of human rights, FAFG got its start in 1992. For years, its work was primarily focused on the exhumation and identification of massacre victims, but in 2004 the foundation began focusing on the search for the disappeared.

“We compare the DNA of remains of unidentified people with that of the families that are searching for disappeared relatives,” he said.

In military installations alone, FAFG has exhumed remains of 1,620 victims of enforced disappearances. Over the course of several years, the foundation exhumed the remains of 565 people, including at least 90 children, from clandestine mass grave sites within the Creompaz military base just outside Coban, 170km north of Guatemala City. 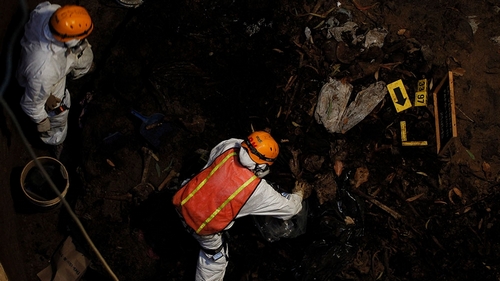 During the armed conflict, Creompaz was called Military Zone 21 and its installations were used to detain, torture and execute people. Of the 565 remains, 160 have been identified, and efforts to identify the other 405 continue.

FAFG recently purchased new DNA technology and hopes it will help with the extraction of DNA from remains from which the foundation has so far been unable to recover samples, said Peccerelli.

The foundation coordinates with the Office of the Public Prosecutor for the legal permits to carry out exhumations, but receives no government funding. The foundation’s complete autonomy has the advantage of inspiring the trust of relatives of victims and the judicial system, but the lack of resources is a constant challenge, said Peccerelli.

“We have never had support from the state. The state has never formally obstructed our work; it simply totally ignores the issue,” he said.

The foundation’s work has been crucial in court cases, however. Its exhumation and identification work have provided core evidence for the prosecution of military and paramilitary members for crimes against humanity, including massacres and enforced disappearances.

One such case is the pending trial for enforced disappearances and crimes against humanity in the Creompaz. High-level military officers were arrested in 2016 and remain in pretrial detention, but a proposed bill would let them walk free.

Commonly referred to as the “amnesty law”, a proposal to reform the National Reconciliation Law would provide broad amnesty for conflict-era crimes against humanity, enforced disappearance, and other crimes. The bill has passed two of the three required general floor votes in Congress.

Survivors, relatives of victims, and indigenous and human rights groups led protests and marches against the bill earlier this year. More recently, the Constitutional Court and the Inter-American Court on Human Rights instructed Congress to shelve the bill. But proponents attempted to add it to the congress agenda again this month, and could try again at any time.

“It is a permanent issue in Guatemala. There is a group of people with direct ties to perpetrators and power who want to deny the problem,” said Peccerelli, adding that the Guatemalan government has never officially acknowledged the extent of atrocities uncovered by the truth commission.

“If there is an acknowledgement it is that there were ‘excesses’ during the conflict. But what we work on are not excesses. They were operations designed to disappear people designated as an internal enemy, to wipe out leadership in the country: religious leaders, student leaders, union leaders,” he said. “They killed an entire generation of leaders, on top of targeting the Mayan population. Those are not excesses. That is a well-executed systematic plan.”

Peccerelli finds hope in the bravery and persistence of the families who have never given up searching for their disappeared loved ones and for justice. That is also what keeps Yaqui going.

“This struggle is huge. The victims are many, not few,” she said.

Sometimes, Yaqui feels government officials are ignoring relatives of the disappeared in the hopes the issue will go away when they die. But their children and grandchildren will continue, she said.

“They will keep fighting,” she said.

The decades-old war on Palestinian workers

More than two million Zimbabweans on the brink of starvation