Sri Lanka has officially ended four months of emergency rule imposed after a series of suicide attacks that killed more than 260 people, left the government in disarray and raised fears of renewed ethnic tensions in the island-nation. 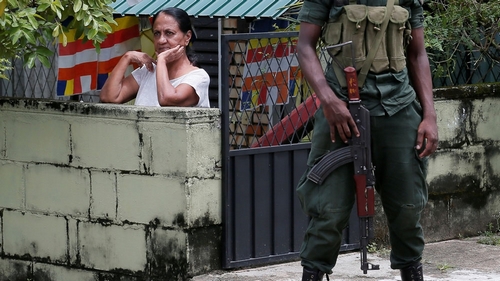 President Maithripala Sirisena allowed the emergency rule, which was put in place shortly after the April 21 bombings, to lapse by not signing a decree that would extend it for another month.

He had previously extended the order on the 22nd of every month following the massacres that happened when suicide bombers attacked three churches and three hotels around the capital, Colombo, and the eastern town of Batticaloa on Easter Sunday.

“The minister of defence will not extend the state of emergency,” the official government news portal tweeted on Friday.

The emergency laws gave the military and police sweeping powers to arrest and detain suspects without court orders. Critics charge it has been used to unfairly target Muslim citizens.

Hundreds have been arrested since April as the government used the emergency order, as well as curfews and social media blackouts, to tighten security across the country and hunt members of two local Muslim groups it said were responsible for the attacks.

Those groups had claimed allegiance to the Islamic State of Iraq and the Levant (ISIL or ISIS), although a Sri Lankan investigator said in July that the groups were inspired, but not directly linked, to ISIL.

Sri Lankan authorities say all those directly responsible for the suicide bombings have either been killed or arrested.

A return to normal?

The end of emergency rule signifies a perceived calm returning to the country, which relies heavily on its $4.4bn tourism industry that has suffered since April. Several foreigners were killed in the bombings, which also wounded at least 500 people.

Tourist arrivals had slumped by 70 percent in May and 57 percent in June, compared with the previous year.

Earlier in the week, John Amaratunga, the tourism minister, had asked the president to relax the emergency law in hopes of signalling to foreign holidaymakers that the situation in the country was back to normal, according to the AFP news agency.

The government and the country’s security apparatus remain in disarray since April, with accusations that officials did not act upon near-specific intelligence from foreign agencies before.

A parliamentary committee is investigating who was responsible for not taking the timely action.

In July, authorities arrested Inspector General of Police Pujith Jayasundara and former Secretary to the Ministry of Defence Hemasiri Fernando over allegations they failed to prevent the attacks.

Opponents have accused Sirisena of failing to act on precise Indian intelligence that attackers were about to hit Christian churches and other targets in Sri Lanka.

The country is set to hold a presidential election later this year.

The tensions have buoyed support for Nandasena Gotabaya Rajapaksa, the brother of former President Mahinda Rajapaksa, who is planning to run on a platform of restoring national security.

Gotabaya had been accused of war crimes committed during the 26-year-long conflict between the government and Tamil separatists, but is hailed as a hero by many for helping to bring the civil war to an end a decade ago.

Many arrested under emergency order

Military and police have been accused of targeting the country’s Muslim minority, activists and politicians under the emergency order, provoking further fear after the bombings threatened to inflame tensions between the majority Buddhist and minority Muslim populations. Muslims make up nearly 10 percent of Sri Lanka’s population of 22 million.

In June, a police spokesman told Al Jazeera that 2,289 people – including 1,820 Muslims – had been arrested in “connection to the Easter Bombings and related incidents”.

That month, the EU said it was “deeply concerned by the political and religious pressure being directed at Sri Lanka’s Muslim community which is undermining peace and reconciliation in the country”.

Calls for ethnic violence by hardline Buddhist groups have also been reported across the country.

In May, mobs in the North Western Province destroyed hundreds of Muslims’ properties, including shops and mosques, and killed one in what many believed to be retaliation for the April attacks.

In June, all of Sri Lanka’s Muslim ministers resigned in protest over the government’s failure to ensure the safety of its Muslim citizens.

US arms sales make Gulf into ‘tinderbox ready to blow up’